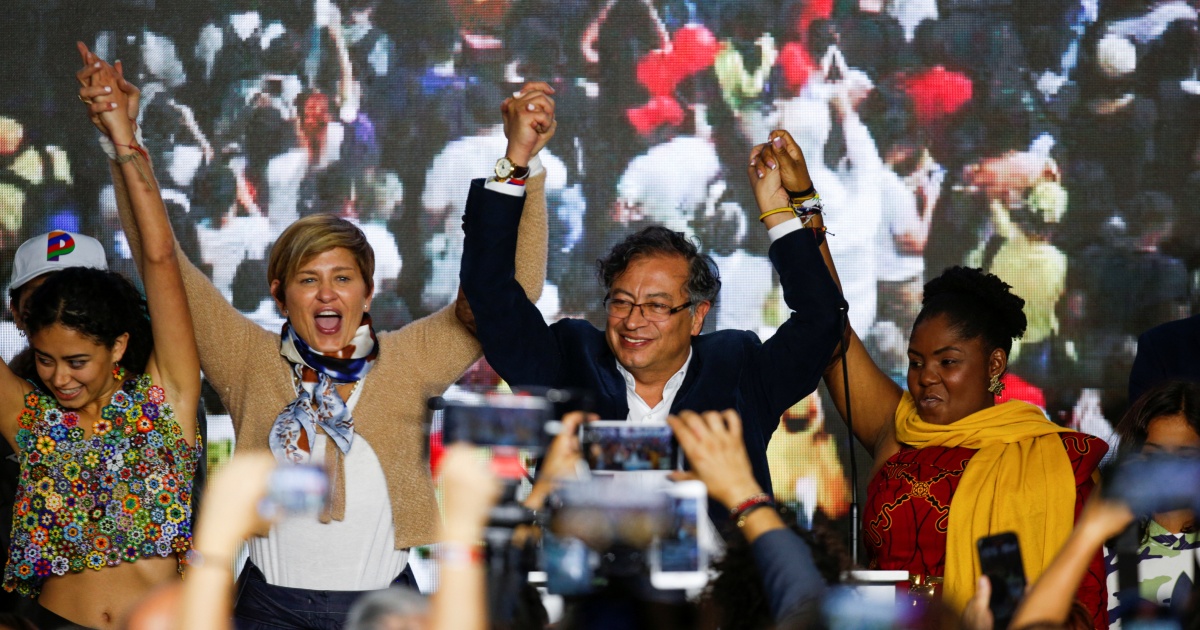 A leftist former rebel fighter has come out on top in the first round of Colombia’s presidential election and is set to face a populist businessman in a second round showdown on June 19.

Gustavo Petro, a 62-year-old former member of the M-19 guerrilla movement, had 40.3 percent of votes, office tallies showed, with 99.9 percent of ballot boxes counted on Sunday.

Rodolfo Hernandez, a septuagenarian real estate tycoon whose spot in the runoff contest came as a surprise, won 28.1 percent.

Surveys ahead of the first round showed Hernandez – who now has the support of third place candidate Federico Gutierrez and likely many of his supporters – would lag just a few points behind Petro in a runoff vote.

Petro, a former mayor of Bogota, has consistently led opinion polls on promises to redistribute pensions, offer free public university and begin to change what he says are centuries of profound inequality.

“What’s not in doubt today is change,” Petro told cheering supporters in central Bogota. “Now it’s about seeing what we will do with Colombia, what Colombian society wants for its own country.” 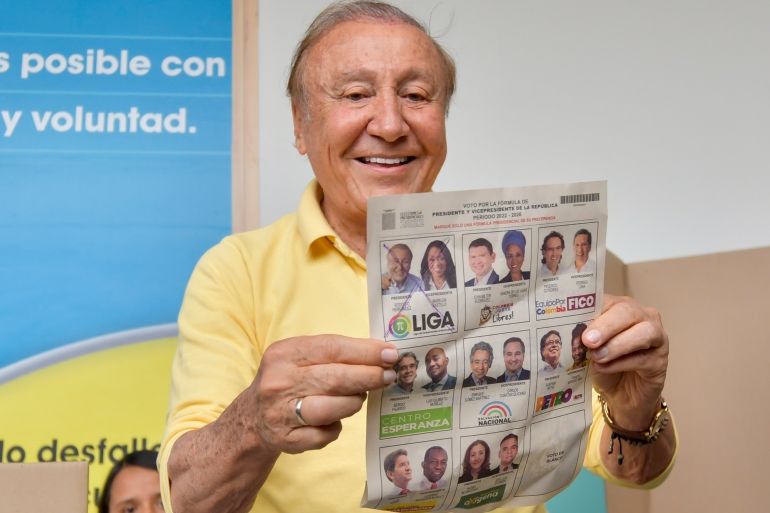 Rodolfo Hernandez, the presidential candidate with the Anti-corruption Governors League, shows his ballot before voting in presidential elections in Bucaramanga, Colombia, Sunday, May 29, 2022

Petro has promised to fully implement a 2016 peace deal with the FARC rebels and seek peace talks with the still-active ELN rebels, as well as halt all new oil and gas development.

“People are showing they are tired of the same thing, that they want a change,” said sound engineer Cristian Riano, 35, before listening to Petro’s speech.

That sentiment was backed by Daniela Cuellar, senior consultant at FTI Consulting in Bogota, who said Colombians’ thirst for something different was clearly demonstrated now the two candidates promising change were heading to the runoff. “This election is not about Petro, or a move to the left,” she told the Reuters news agency. “This is about the Colombian population being tired of the traditional political class and are seeking a better life.”

Petro, for whom youth are a major demographic, has rejected oft-repeated accusations he will mimic the policies of deceased former Venezuelan President Hugo Chavez and his successor Nicolas Maduro. He says it is his opponents – who he accuses of making the country reliant on oil income and brutality towards anti-government protesters – who most resemble the Venezuelan leaders.

Hernandez rose in the polls only in the last two weeks, boosted by his colourful social media presence, especially on the TikTok app. The former mayor of the north-central city of Bucaramanga has promised to “clean” the country of corruption and to donate his salary.

“Now, we enter the second period, and these next few days will be decisive in determining the future of the country,” Hernandez said in a livestream after early results showed he advanced to the runoff.

He said he remains firm on his commitment to end “corruption as a system of government”.

Despite Hernandez’s rhetoric, he is facing a corruption investigation by the attorney general’s office over allegations he intervened in a trash collection tender when he was mayor, to benefit a company his son had lobbied for.

Hernandez denies the accusations and insists they are designed to derail his presidential bid.

Supporters said his anti-corruption ideas were more important than the investigation against him.

“I think he’s a new person, a person for change,” Miguel Ciendua, 49, a karate instructor in central Fusagasuga, told Reuters. “Getting out of corruption will improve everything else.”

Petro’s main rival for most of the campaign was Gutierrez, a former mayor of Medellin who was seen as the continuity candidate and ran on a pro-business, economic growth platform.

Gutierrez, who struggled to push back on accusations he is an ideological successor to unpopular President Ivan Duque, told supporters he would back Hernandez in the June runoff.

“Knowing that our position is decisive for the future of Colombia, we have made a decision … we do not want to lose the country,” Gutierrez said, adding that he would support Hernandez because he does not want to put Colombia “at risk”.

The turn-out in Sunday’s election was 21 million people, out of 39 million eligible voters. It was similar in percentage terms to the first round of voting in 2018, with about 54 percent of eligible voters participating.

Colombia’s next president faces complex challenges, including those to do with the economy, security and corruption.

The COVID-19 pandemic set back the country’s anti-poverty efforts by at least a decade. Official figures show that 39 percent of Colombia’s 51.6 million residents lived on less than $89 a month last year, which is a slight improvement from 42.5 percent in 2020.

Last month, inflation reached its highest level in two decades. Duque’s administration said April’s 9.2 percent rate was part of a global inflationary phenomenon, but the argument did nothing to tame discontent over increasing food prices.

Meanwhile, the Red Cross last year concluded Colombia reached its highest level of violence in the last five years. Although the peace agreement with the FARC has been implemented, the territories and drug-trafficking routes that it once controlled are in dispute between other armed groups such as the National Liberation Army — or ELN, a guerrilla founded in the 1960s — FARC dissidents, and the Gulf Clan cartel.

Duque’s successor will have to decide whether to resume peace talks with the ELN, which he suspended in 2019 after an attack that killed more than 20 people. 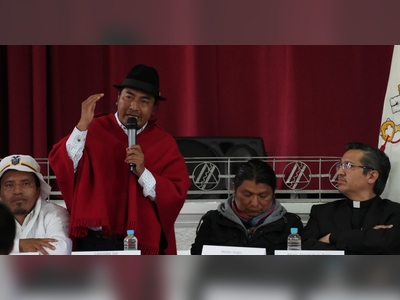 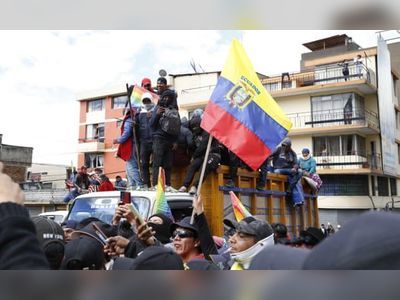