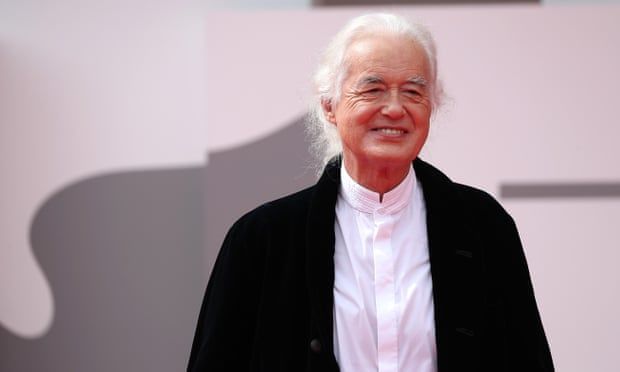 Guitarist says band was approached well before talk of Abba shows but he and surviving bandmates couldn’t agree
Led Zeppelin were approached with the idea of doing an Abba-style avatar act, guitarist Jimmy Page has disclosed.

Well before there was talk of the Swedish pop group’s Voyage concert, the rock band was asked to do “that sort of thing”, Page told an audience at the Hay festival.

However, the musician and music producer said that he and his two surviving bandmates, Robert Plant and John Paul Jones, couldn’t agree, so the project “didn’t really get moving”.

Page said he didn’t think a virtual tour would work for his former band the Yardbirds, but indicated that he thought it might for Led Zeppelin.

He also spoke positively about Elvis Presley’s hologram performance. “I bet that was good, but I didn’t see it”, the 78-year-old said.

The Abba show appears poised to be a critical and commercial smash for the band, highlighting the appetite of fans to still enjoy their musical heroes, even in computerised form. The show in London is to run seven times a week until December and the Guardian’s music critic Alexis Petridis described it as “genuinely jaw-dropping … any lingering sense that you’re not actually in the presence of Abba has dissolved.”

But Page admitted to having mixed opinions towards technology’s increasing involvement in music. Music videos, he said, “shut down” the wide variety of music styles that had been emerging, encouraging bands to assimilate to a model that worked well for videos.

However, he praised the way that computers allowed young people to create home studios to make music and “stick it on the internet.” He spoke of a “really exciting” band he had met in Brighton, who had found success in Vietnam. After a song they put on the internet got picked up and used in an advert in south-east Asia, this band gained popularity in that region, showing, Page said, that “it does work!”

While Page is clearly interested in the ways technology can be useful to bands, the “communion of musicians” that is achieved through live performance is essential, he said. Performing the same songs again and again was why he was a successful studio musician, he said, “because I can keep coming up with spontaneous style”.
Add Comment