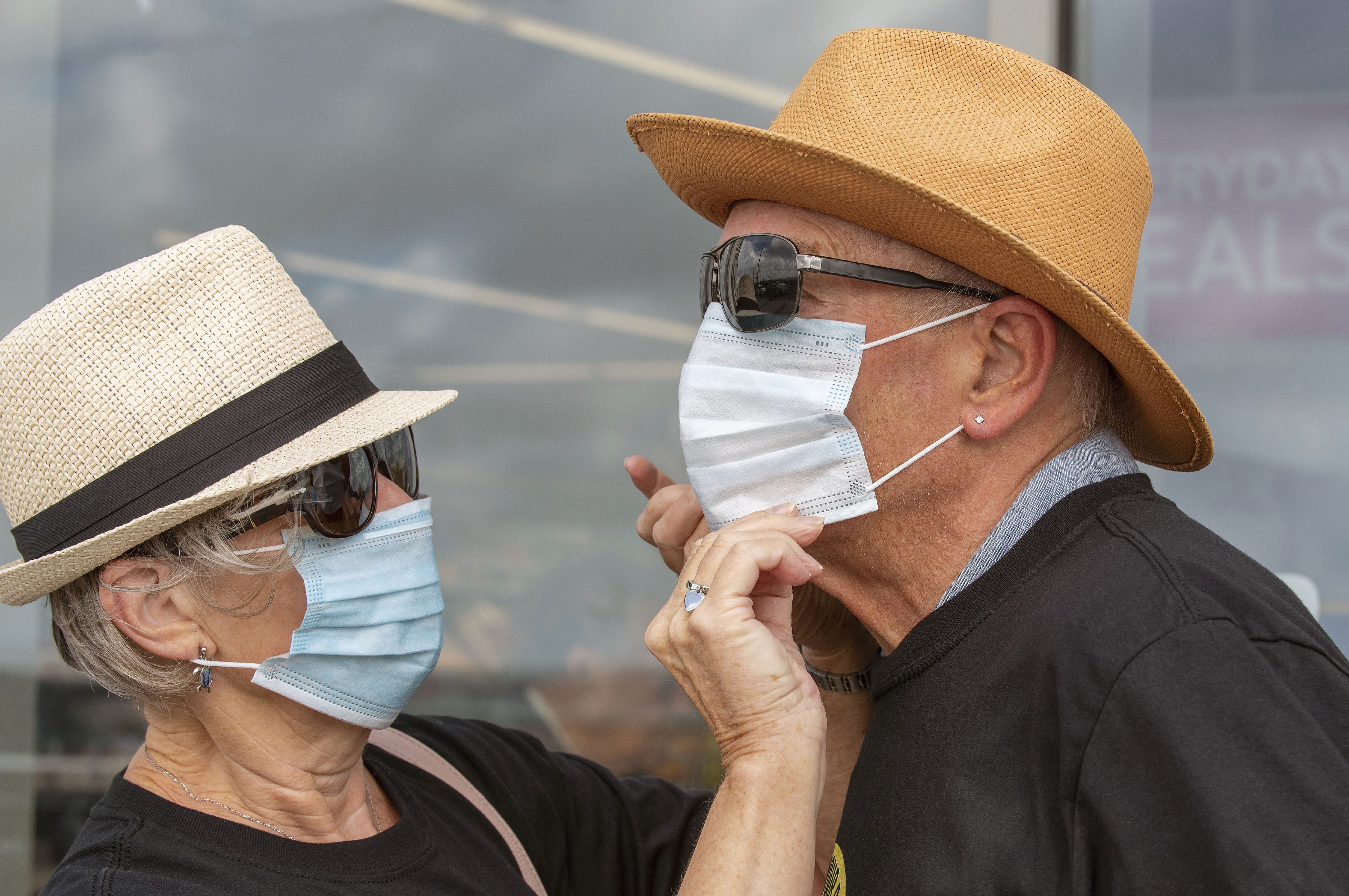 The U.K government’s approach to tackling the coronavirus outbreak at the start of the pandemic has been called one of the country’s worst ever public health failures, following an inquiry by British lawmakers.

The report, which examined the U.K.’s initial response to the Covid pandemic, found that the government made major mistakes at the start of the global outbreak, including its apparent decision to allow Covid to spread throughout the population in a bid to achieve “herd immunity,” and its hesitation to lock down the country.

“Decisions on lockdowns and social distancing during the early weeks of the pandemic — and the advice that led to them — rank as one of the most important public health failures the United Kingdom has ever experienced,” the 150-page report, which was published on Tuesday following an inquiry by two parliamentary committees, found.

The British government, led by Prime Minister Boris Johnson, was accused of dithering as the Covid pandemic hit Europe in early 2020 and appeared reluctant to impose restrictions on public life, travel or borders.

Although it was never formally announced, the U.K.‘s initial approach to Covid (which went from trying to ‘contain’ the spread of the virus, to trying to ‘delay’ it) was widely seen as a way to achieve “herd immunity.”

A high level of immunity to a virus in a population can be achieved by both natural infection (through the forming of antibodies when the body fights a virus) and by vaccination.

The latter route is generally preferred as it avoids adverse effects such as excess deaths caused by a virus. However, with no Covid vaccines available at the start of the pandemic, some countries, like the U.K. and Sweden, appeared to favor allowing the virus to spread among the population to some extent in a bid to achieve a level of herd immunity in their populations.

The strategy saw Covid-19 cases rapidly sweep through the U.K., however, causing thousands of deaths among elderly people and strains on the National Health Service. The British government (and later, the Sweden too, to a lesser extent) changed tack and imposed a nationwide lockdown on March 26.

The inquiry, which involved evidence from over 50 “witnesses” including high-profile public officials and health experts who have advised the government throughout the pandemic, was damning in its assessment of the government’s initial approach, noting that it “amounted in practice” to an ill-fated pursuit of herd immunity.

“When the Government moved from the ‘contain’ stage to the ‘delay’ stage, that approach involved trying to manage the spread of Covid through the population rather than to stop it spreading altogether. This amounted in practice to accepting that herd immunity by infection was the inevitable outcome, given that the United Kingdom had no firm prospect of a vaccine, limited testing capacity and there was a widespread view that the public would not accept a lockdown for a significant period,” the report said.

By doing this the U.K. “made a serious early error in adopting this fatalistic approach and not considering a more emphatic and rigorous approach to stopping the spread of the virus as adopted by many East and South East Asian countries,” the inquiry found. 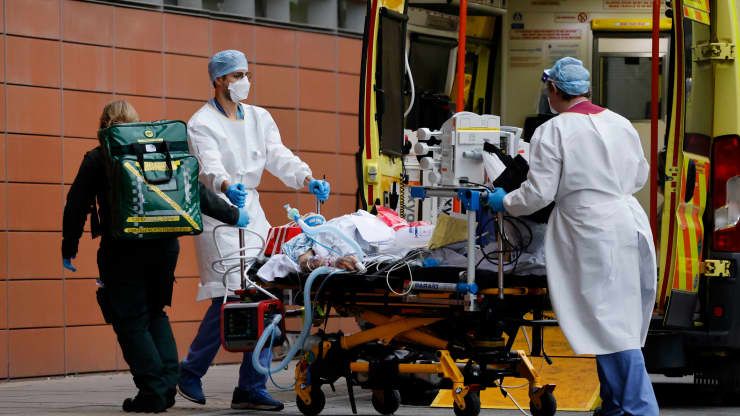 Medics take a patient from an ambulance into the Royal London hospital in London on January 19, 2021.

At the time, the U.K. government defended the strategy, arguing that by suppressing the virus but also allowing it to spread, and with most people experiencing a mild illness, natural immunity would build in the population.

The report added that the the fact that the U.K. approach reflected a consensus between official scientific advisers and the government indicated “a degree of groupthink” which “meant we were not as open to approaches being taken elsewhere as we should have been.”

The inquiry, which was overseen by the House of Commons’ Science and Technology Committee and Health and Social Care Committee (which consist of lawmakers from the U.K.’s main three political parties)  examined six key areas of the country’s response to Covid-19. These included how prepared the U.K. was for a pandemic and its willingness to use non-pharmaceutical interventions such as border controls, social distancing and lockdowns to control the pandemic.

It also looked at the use of test, trace and isolate strategies and the impact of the pandemic on social care and specific communities and, lastly, the procurement and roll-out of Covid-19 vaccines.

Highlighting its findings, the inquiry concluded found that:

*  “The delays in establishing an adequate test, trace and isolate system hampered efforts to understand and contain the outbreak and it failed in its stated purpose to avoid lockdowns.”

*  “The initial decision to delay a comprehensive lockdown — despite practice elsewhere in the world —reflected a fatalism about the spread of Covid that should have been robustly challenged at the time.”

*  “Social care was not given sufficient priority in the early stages of the pandemic.”

*  “The forward-planning, agility and decisive organisation of the vaccine development and deployment effort” was a big positive, and should be a guide to future government practice.

In addition, the inquiry found that the U.K.’s preparedness for a pandemic had been widely acclaimed in advance, but performed less well than many other countries in practice. It also said that the pandemic underlined the need for an urgent and long term strategy to tackle health inequalities. 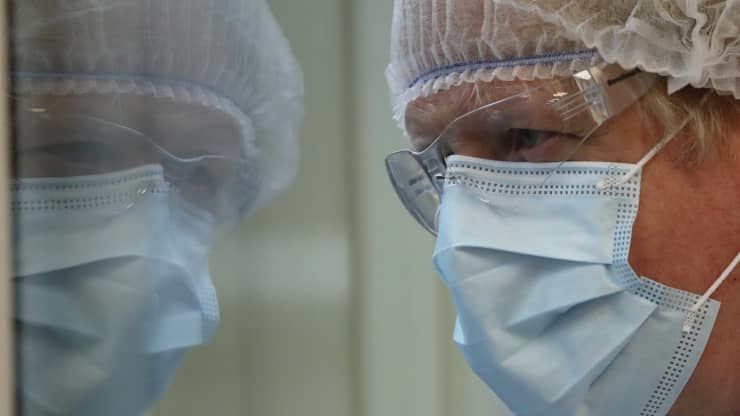 Britain’s Prime Minister Boris Johnson, wearing a face mask to prevent the spread of the coronavirus, visits a pharmaceutical manufacturing facility during a visit to the north east of England on February 13, 2021.

Nonetheless, there were also bright spots in the report and examples of “global best practice,” with praise for the government’s procurement and rapid rollout of Covid vaccines which saw the U.K. order, authorize and deploy Covid vaccines before most countries. To date, government data shows that 85.5% of the U.K. population over the age of 12 is fully vaccinated, with booster shots now being rolled out to the most vulnerable.

The U.K. has been sorely hit by the pandemic, recording over 8.2 million cases of the virus and over 138,000 deaths. Critics argue that inadequate responses by the government in some areas of the pandemic, such as the test and trace system which has been wracked with issues during the pandemic, has cost thousands of lives.

In its conclusions, the inquiry noted that both the positive and negative consequences of the government’s response to the pandemic must be reflected on to ensure that lessons are learned, in the hope that these can inform future responses to emergencies.

In all, 38 recommendations were made in the report that lawmakers said could better equip the U.K., including that a “greater diversity of expertise and challenge” both from home and abroad should be called upon to help plan for any future pandemics.

Issuing a joint statement summarising their findings, the heads of the two parliamentary committees that oversaw the inquiry said that the U.K. response “combined some big achievements with some big mistakes.”

“Our vaccine programme was boldly planned and effectively executed. Our test and trace programme took too long to become effective. The government took seriously scientific advice but there should have been more challenge from all to the early U.K. consensus that delayed a more comprehensive lockdown when countries like South Korea showed a different approach was possible,” Jeremy Hunt, chair of the Health and Social Care Committee, and Greg Clark, chair of the Science and Technology Committee, said.

They acknowledged that so much was unknown at the start of the public health emergency that it was “impossible to get everything right” and thanked a variety of sectors, from the NHS and public workers to the scientific community and millions of volunteers, “who responded to the challenge with dedication, compassion and hard work to help the whole nation at one of our darkest times.”

Oh ya 1 year ago
Ahh nice someone helping someone else with a mast so he will be safe and protected. BS . If you know anyone who smokes hand them a mast and ask them to exhale smoke with a mask on. Watch where all the smoke comes from around the mask and what comes through the mask. The covid virus is smaller than cigarette smoke. So the mask is about control of the population and nothing more.
View all comments (1)Add comment