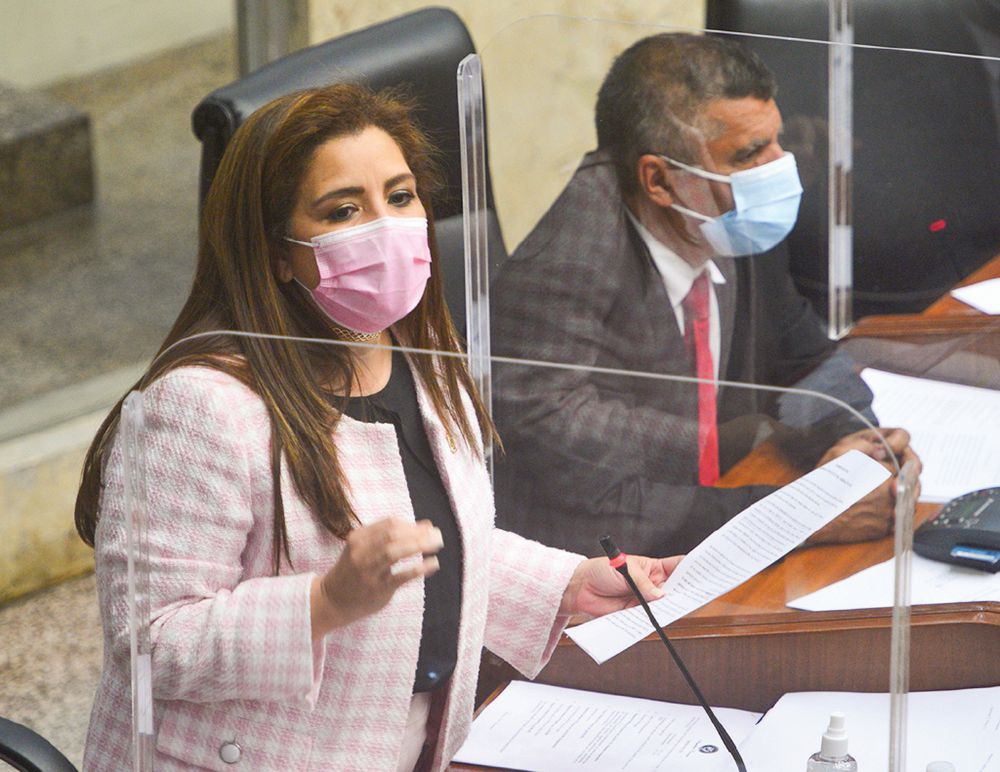 After several months of being shelved, the Government Commission of the National Assembly approved Bill 195 by consensus, which adopts protection measures and regulates the reward of citizens who report crimes against the public administration to the authorities.

After extensive negotiation, the initiative, promoted by independents Juan Diego Vásquez and Gabriel Silva, was approved on Wednesday in the first debate, and presented yesterday before the plenary session for a second debate.

It will now be up to the 71 deputies to approve or reject the initiative, which establishes that it will reward and protect citizens who provide "suitable, useful, effective and timely" information that allows opening a criminal case.

The document also provides that it will recognize up to 25% of the total recovered by the State, "when the recovered assets have become an effective part of the State's patrimony."

The legislative plenary session resumes its debates next Monday.

Reward for those who report corruption

Bill 195, which adopts "protection" measures and regulates the "reward" of citizens who report crimes against the public administration, entered the agenda of the plenary session of the National Assembly (AN).

Yesterday, Deputy Corina Cano, secretary of the Government Commission, the body that gave the first debate to the document, presented before her 70 colleagues, the proposal that was born from the consensus of draft bills 192 and 195. The first was presented by the Panamanian Luis Ernesto Carles, and the second by the independent Juan Diego Vásquez and Gabriel Silva.

For example, it establishes that citizens may go to the Public Ministry, the Comptroller's Office or the Office of the Ombudsman to report any act of corruption about which they have information of “interest”. It adds that these will be the instances that will process the administrative or criminal process, as the case may be.

The proposal makes it clear that the protection mechanisms will be applied "whenever a disclosure of information of public interest is made to the competent authority, which is sufficiently relevant to contribute to the prevention, investigation or punishment of acts of corruption."

In addition, the complainant's family group will be protected: spouse, partner, ancestors, own children or those of the partner with whom they live, as well as siblings, when necessary. This, based on the measures established in article 336 of the Criminal Procedure Code.

A complainant who has been accused or tried as a co-perpetrator of the same events on which he is offering information will not be eligible for these protection measures. Nor those who provide information obtained infringing fundamental rights.

The bill also includes at least five duties to be followed by the citizen who is under some security measure.

Among them, help with the Public Ministry to verify the facts revealed, as well as fulfill their tasks and responsibilities in the company or institution where he works, provided that it is not incompatible with the security measures taken in his favor.

Likewise, the reprisals of which a witness or complainant may be a victim are listed, such as dismissal or suspension from office.

If, for any reason, the complainant or the witnesses act in bad faith and provide information or testimony that falsely attributes the commission of illegal acts, they will be punished with the provisions of article 385 of the Penal Code for the crime of false testimony, and must compensate the affected person. In turn, it will not have the established protection measures.

The proposal emphasizes that only citizens who, without being the perpetrators of the commission of crimes or acts of corruption, testify or file complaints supported by suitable, useful, effective and timely information that allows the authorities to open a case. penal.

If information with all the aforementioned qualities is given, the citizen will be rewarded up to 25% of the total recovered by the State, "when the recovered assets have become an effective part of the State's patrimony." It adds that "the percentage to be recognized will depend on the usefulness and effectiveness of the information provided, determined by the corresponding administrative authority."

This is the second time that a bill has been presented to the full legislature that seeks to reward and protect those who denounce acts of corruption in public management. In the past five years, President Juan Carlos Varela vetoed a similar proposal.
Add Comment