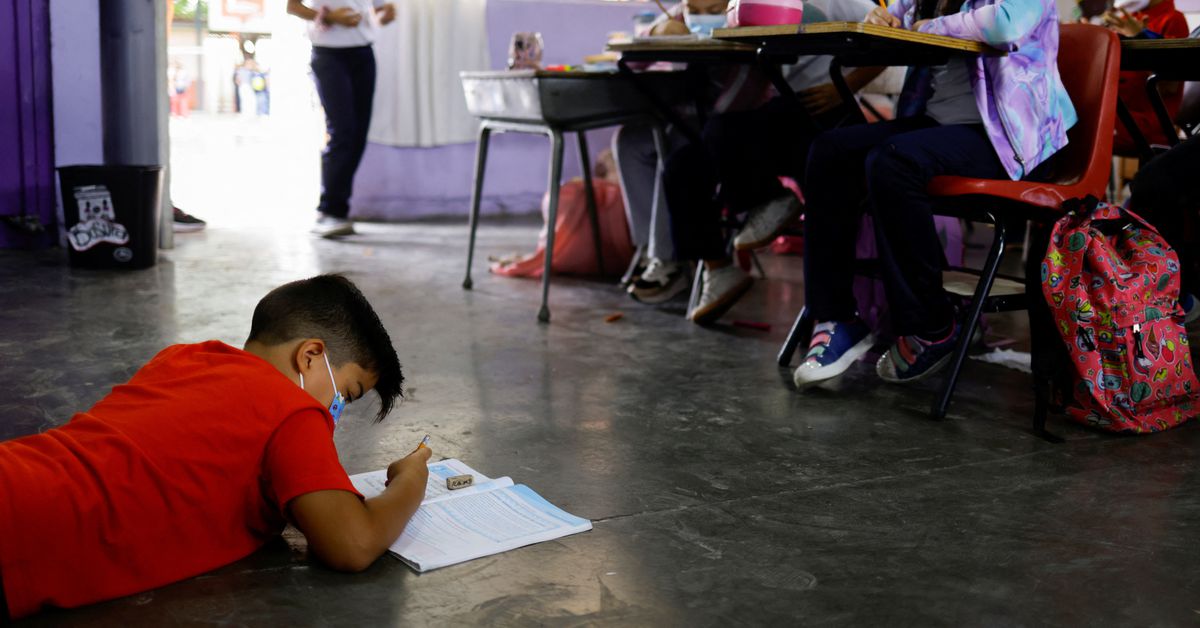 In Bolivia's highland city La Paz, Maribel Sanchez's children spent much of the last two years huddling over a small smartphone screen to attend online classes amid a lengthy lockdown due to the coronavirus pandemic.

The two boys, aged 11 and eight, frequently missed lessons when their timetables collided as the family had no computer. Bolivian school children only finally returned to in-person classes in March this year, many still not full time.

The story is echoed around the region from Mexico to Brazil.

Latin American has one of the worst records of school closures globally, according to a World Bank report, which shows children here faced almost 60 weeks of fully or partially closed schools between March 2020 and March this year.

That's behind only South Asia and twice the level of Europe, Central and East Asia, Sub-Saharan Africa or the Pacific. In North America there were long partial closures, but just seven weeks of full closures versus 29 in Latin America and the Caribbean.

That threatens to take a generation of children in the region back a decade, some experts say, in terms of education levels, weighing on incomes and job prospects for years to come.

"With virtual classes, the little ones didn't learn anything. They were distracted. My son, who's in first grade, hasn't learnt anything. Nothing!" Sanchez said while waiting to pick her children up outside a school in La Paz.

Emanuela di Gropello, a researcher for the World Bank, said Latin America's school kids would see a 12% decline in their lifetime earnings due to gaps in education during the pandemic.

"Those young people arriving in the labor market will basically see a long-term decline in their salaries," she said.

In Argentina, Mercedes Porto at Fundacion Cimientos, which works with youths, said the school system has "lost" a cohort of students with some 1 million young people not returning to school after the period of virtual schooling.

Andres Uzin Pacheco, an education expert and academic director of a business school in La Paz, said that the impact would be long lasting and severe.

"This locked-up generation is going to suffer the consequences, not just for five years, but for the next 20 or 30 years, which implies all their education, even university, and their working life," he said.

Oh ya 224 days ago
The kids were in that black hole long before the china flu here in Panama. The government here needs to grow a pair and tell the teachers union that teaching is no longer a protected profession thus allowing real educated teachers into the country.. The sad part is that both the government and business do not want a smart population as dumb people are easier to control
View all comments (1)Add comment