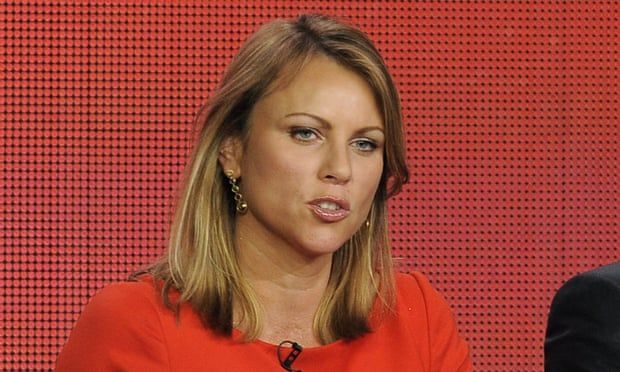 Lara Logan, who compared Fauci to Mengele, says Fox News pushed her out

Logan says network ‘does not want independent thinkers’ as Fox stays quiet on reports it dropped her after November remark
The former CBS reporter Lara Logan, who compared Dr Anthony Fauci to the Nazi doctor Josef Mengele, has claimed she was “pushed out” at Fox News because the conservative network does not want “independent thinkers”.

“I was definitely pushed out,” Logan told Eric Metaxas, a conservative radio host, this week. “I mean, there is no doubt about that. They don’t want independent thinkers. They don’t want people who follow the facts regardless of the politics.”

Fox News has not commented on reports that it “quietly benched” Logan over her remark about Joe Biden’s chief medical adviser. On Friday, a spokesperson for Fox News said the network would not comment.

Logan has not appeared as a guest on Fox News since making the comment about Fauci. There have been no new episodes of her show on the Fox Nation streaming service, Lara Logan Has No Agenda, which is still available.

Logan made the comment about Mengele, the “Angel of Death” who conducted medical experiments at the Auschwitz concentration camp, in November, during a discussion of the Covid pandemic on Fox News Primetime.

Logan said: “Dr Fauci, this is what people say to me, that he doesn’t represent science to them.

“He represents Josef Mengele, Dr Josef Mengele, the Nazi doctor who did experiments on Jews during the second world war and in the concentration camps, and I am talking about people all across the world are saying this.”

The show’s host, Pete Hegseth, and another guest, the Fox News host Will Cain, did not respond.

The Auschwitz Memorial said: “Exploiting the tragedy of people who became victims of criminal pseudo-medical experiments in Auschwitz in a debate about vaccines, pandemic and people who fight for saving human lives is shameful. It is disrespectful to victims and a sad symptom of moral and intellectual decline.”

Jonathan Greenblatt, chief executive of the Anti-Defamation League, said: “There’s absolutely no comparison between mask mandates, vaccine requirements and other Covid-19 mitigation efforts to what happened to Jews during the Holocaust.”

Fauci, whose work has generated threats to his safety and that of his family, told MSNBC Logan’s remark was “unconscionable” and “absolutely preposterous and disgusting … an insult to all of the people who suffered and died under the Nazi regime in the concentration camps”.

Fauci also said he found it “striking … how she gets no discipline whatsoever from the Fox network – how they can let her say that with no comment and no disciplinary action?”

Logan rose to fame with CBS during the Iraq war and the Arab spring. After leaving CBS in 2013 over errors in a report about the Benghazi attack, she moved into conservative media.

She also repeated Russian talking points about “Nazis” in Ukraine and said Fox News had “a few people like Jesse Watters and Tucker Carlson who are doing their best to add some context and to show what this war is really about”.

Speaking to Metaxas, Logan also said she did not like being called a “darling of the right wing”.
#Joe Biden  #Vaccines  #COVID-19  #vaccine  #Covid

Oh ya 299 days ago
So Lara learned a lesson in media. Tell the truth and you lose your job. Fox is just CNN with a different mother
View all comments (1)Add comment