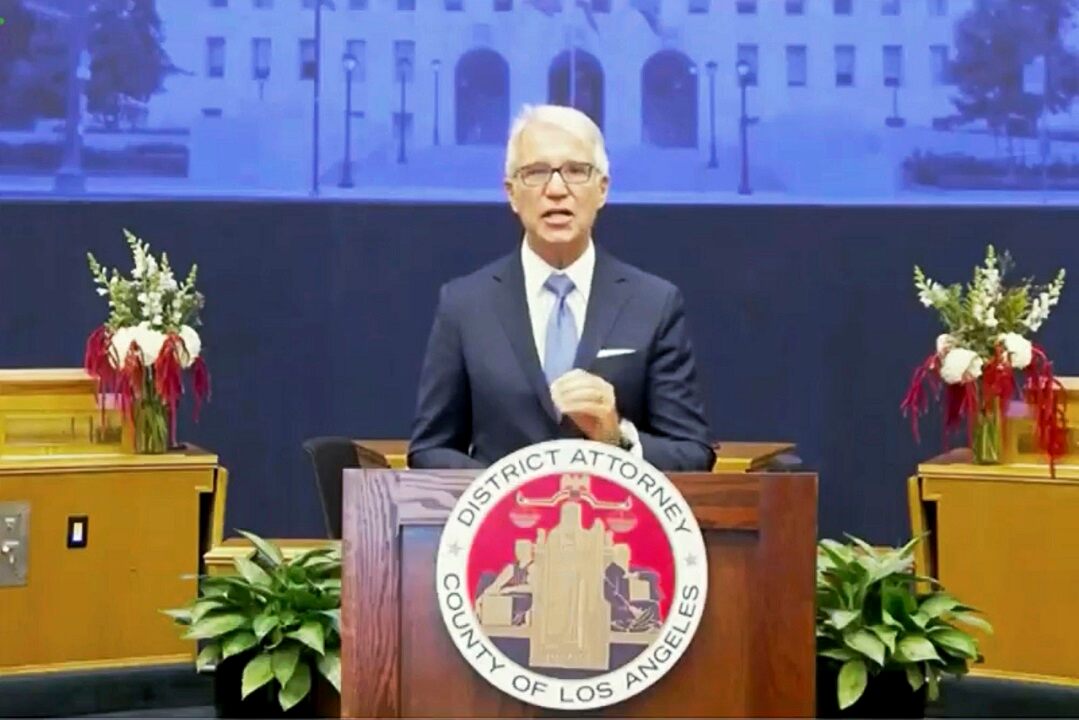 Newly sworn-in Los Angeles County District Attorney George Gascón took the helm of the nation's largest prosecution office Monday and unveiled an ambitious agenda that includes the end of cash bail for many offenses, not seeking the death penalty and the refusal to pursue charges for certain crimes.

Gascón, a former San Francisco district attorney and assistant Los Angeles police chief, took over for outgoing District Attorney Jackie Lacey after she lost her re-election bid last month amid criticism from activists over her refusal to bring charges against police officers.

“The status quo hasn't made us safer,” Gascón said during a live-streamed ceremony.

He said his office would potentially re-sentence defendants convicted under California's three-strikes law, which mandates prison terms of 25 years to life. The move could impact as many as 20,000 cases, he said.

In reaction to the failure of Proposition 25 -- which would have ended the cash bail system across California -- Gascon said he will not seek it for anyone charged with a misdemeanor or non-violent, non-serious crime. He said his office will unveil a plan next year to end cash bail in the county.

He additionally vowed to stop charging juveniles as adults, cease using sentencing enhancements, prohibit prosecutors from seeking the death penalty — including withdrawing capital punishment filings in current prosecutions — and reopen at least four investigations of controversial shootings by police in which Lacey's office had declined prosecutions.

Sentencing enhancements often tack on years to prison sentences if offenders are found to have committed the crime as a gang member or for using a gun. His office will also decline to charge juveniles as adults.

Youthful offenders accused of misdemeanors will not be prosecuted and those accused of low-level felonies will be referred to community-based diversions programs.

The Los Angeles Police Protection League, a police union, did not immediately respond to a Fox News request for comment. The union has been highly critical of public officials over the uptick in violent crime in recent months and calls to defund the Los Angeles Police Department.

“As homicides, shooting victims and shots fired into occupied homes soar in Los Angeles, it’s disturbing that Gascon’s first act in office is to explore every avenue possible to release from jail those responsible for this bloodshed," the union's board of directors said in a statement Monday after Gascon's speech. "These victims and law-abiding residents lost a voice today while criminals and gang members gained an ally in the prosecutor’s office.”

The Association of Deputy District Attorneys, the union that represents the office's prosecutors, previously opposed much of Gascón's platform during the campaign.

“The leadership has not reviewed the documents from the new DA, nor has the Board had an opportunity to discuss the proposals,” the association said in a statement Monday.

"Los Angeles County is the largest jail system in the country, and its home to the largest jurisdiction in the state," she wrote. "These changes out of the DA’s office are the change we’ve been waiting for, and I hope they have a ripple effect across the country."

In a letter to law enforcement, Gascon acknowledged the challenges facing police officers and the communities they serve.

"Compounding that dynamic is the reality that too often our profession has failed to hold its own to the same standards that we impose on the communities we are sworn to protect and serve," he wrote. "That has created a chasm that the public largely views as a two-tiered system of justice; one for “us” and one for 'them.'"