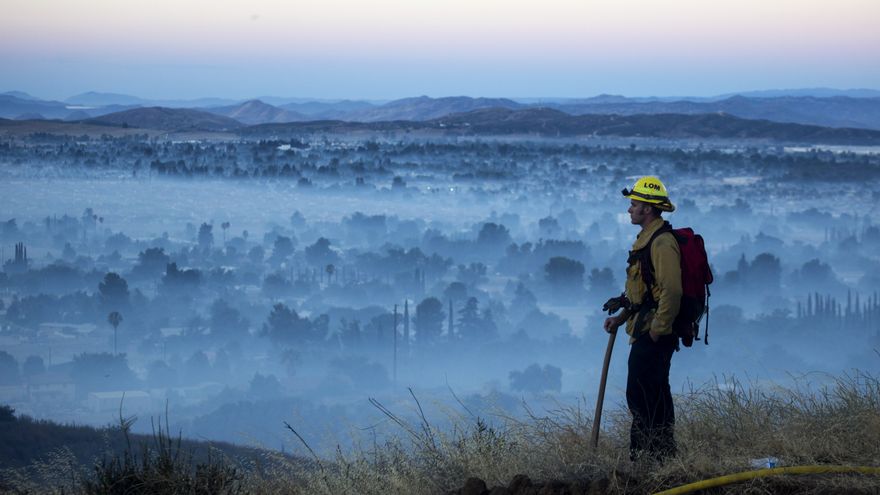 The La Niña weather phenomenon - which often causes a stronger hurricane season in the Atlantic, greater drought in the southwestern United States and perhaps more propensity for wildfires in California - has emerged in the Pacific Ocean, announced authorities on Thursday.

Forecasters had been watching the gestation of La Niña, the colder counterpart of the El Niño weather phenomenon, for months.

La Niña, a natural cooling of certain parts of the equatorial Pacific, triggers various changes in the global climate that can last for months, even years. The current La Niña is quite weak and is expected to last until at least February, but this time it might not be the kind seen a few times in the past that lasts two or three years, said Mike Halpert, deputy director of the Center for Prediction of the Climate of the National Office of Oceanic and Atmospheric Administration (NOAA, for its acronym in English), the agency that announced the emergence of the phenomenon.

The changes that occur during La Niña and El Niño - which along with neutral conditions are called the El Niño-Southern Oscillation (ENSO) - lack certainty, forecasters say. Different sizes and types have different effects, and in some years the usual consequences simply don't show up. It's more of a growing trend than an environmental standard.

However, when it comes to seasonal forecasts in places like California, if meteorologists could get a single piece of information, they would want the status of the ENSO, said Noah Diffenbaugh, a climate scientist at Stanford University.

WHAT DOES 'LA NINA' MEAN FOR THE HURRICANE SEASON IN THE ATLANTIC?

This is one of the clearest links that meteorologists track. La Niña ordinarily implies a more active season with more and perhaps stronger storms. El Niño implies fewer and weaker storms.

This is because one of the key ingredients for storm formation and strengthening is the behavior of winds near the upper reaches of storms, said hurricane researcher Brian McNoldy of the University of Miami. El Niño implies more strong crosswinds that can decapitate storms, but La Niña implies the opposite, allowing them to grow.

Hurricane season was on Thursday at what is traditionally its peak, and the Atlantic is incredibly active. In addition to tropical storms Paulette and René, which hold the record for being the 16th and 17th earliest named storms, forecasters are tracking four other disturbances - two near the United States - that could become named storms in the US. next five days.

HOW DOES 'LA NINA' AFFECT THE WEATHER IN THE UNITED STATES IN GENERAL?

WHAT ABOUT THE DROUGHT IN THE WEST?

The drought is already severe in West Texas, Arizona, Utah and Colorado, Halpert said. This could make matters worse. And California tends to have dry conditions during La Niña years, Diffenbaugh said.

WHAT DOES THIS IMPLY FOR FOREST FIRES?

"La Niña is not a good sign for the wildfire outlook," Diffenbaugh said. But she added that it's mostly a possibly bad sign for the following year's wildfire season because California's wet winter season dries up, setting the stage for drought conditions when the fires start in 2021.

WHAT ARE THE CHANCES OF SNOW IN WINTER?

La Niña has a tendency to push snow storms further north during winter, Halpert said. Places like the region from Washington, DC to New York State often do not experience heavy snowfall during La Niña winters.

In general, the winter should be colder than last year, but "last winter was so warm that it would be difficult not to be colder than the previous winter," Halpert said.

It depends on where you are. Some areas fare better during La Niña, some during El Niño, and others during a neutral ENSO, said agricultural economist Bruce McCarl of Texas A&M University, who studies the effects of ENSO. Places like Texas and the Southwest fare much worse during La Niña, McCarl noted, referring to the 2011 La Niña, when 40% of cotton production in the high plains was too small to harvest.

According to a 1999 study by McCarl, overall La Niña causes damage to agriculture of between $ 2.2 and 6.5 billion, much greater than El Niño. A neutral ENSO is better for agriculture, the study found.

HOW DOES 'LA NINA' IMPACT OUTSIDE THE CONTINENTAL TERRITORY OF THE UNITED STATES?

Western Canada, southern Alaska, Japan, the Korean Peninsula, southeastern Brazil, and western Africa tend to be colder. East-central Africa and southeast China tend to be drier. Northern Australia and much of Southeast Asia tend to be more humid, as is northeast South America. And southeast Africa tends to be wetter and colder.

WHEN WAS THE LAST TIME 'LA NINA' AND 'EL NINO' OCCURRED?

The previous La Niña lasted from the fall of 2017 to the early days of the spring of 2018. There was a brief La Niña in late 2016, almost after a large El Niño. This year began with a brief and weak El Niño.

'El Nino' refers to the Child Jesus. The name was adopted because fishermen in South America first identified the phenomenon around Christmas.

Oh ya 173 days ago
The fires in California are because the tree hugging liberals stop forest management years ago. No logging so now there is way more fuel. The logging roads were pulled out so the tree huggers could plant more flower or whatever and firefighters now can't get into the forest and no controlled burns. So when i read about town burning down to the ground it has no affect on me. You got what you voted for. Enjoy it
View all comments (1)Add comment