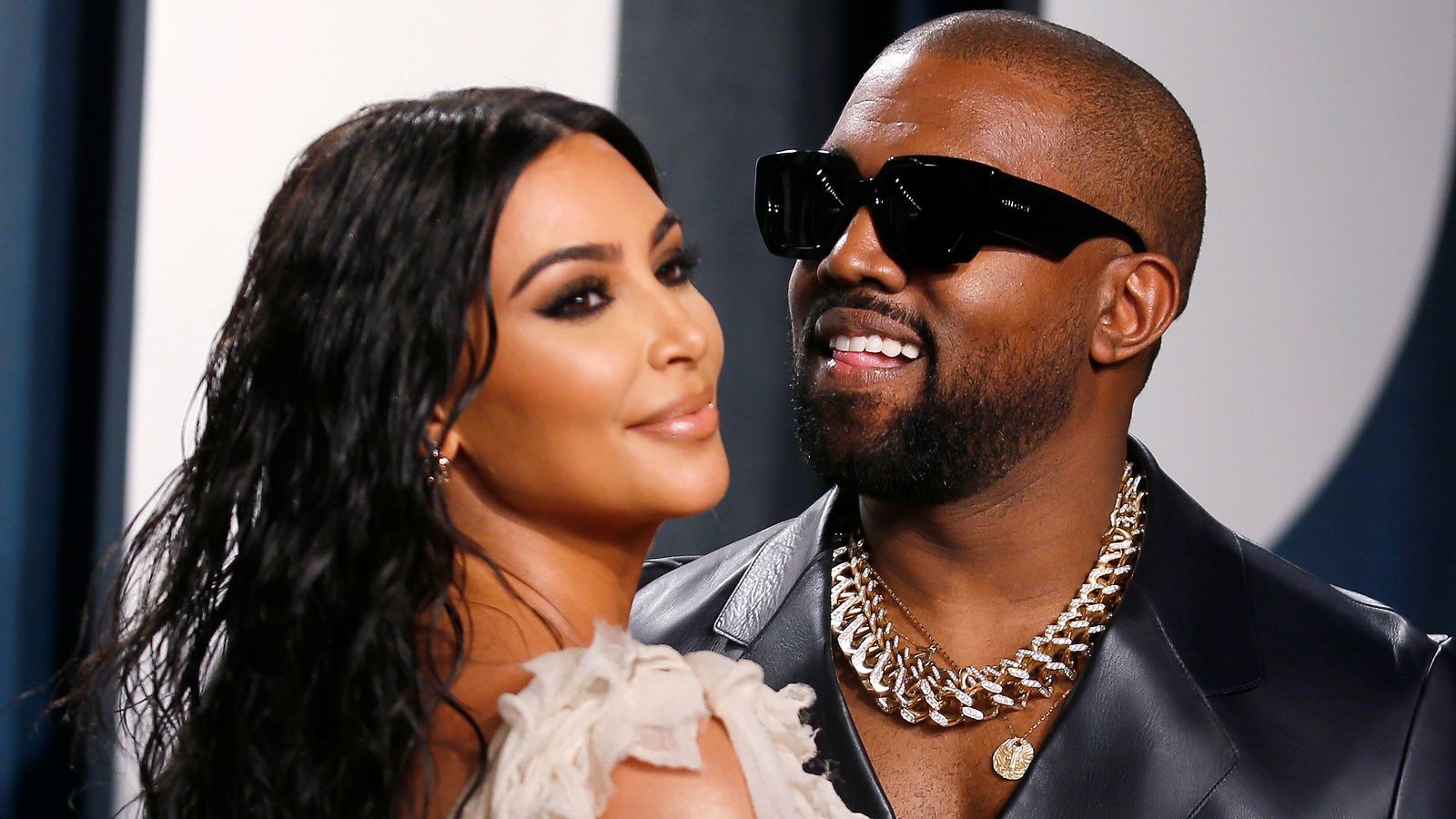 The reality star filed for divorce with West, now known as Ye, last year after they married in 2014. The pair have been co-parenting their four children ever since.

Kim Kardashian has accused her ex-husband, Kanye West, of making co-parenting "impossible every step of the way".

In a post on Instagram, Kardashian hit back at West, who has legally changed his name to Ye, calling his social media attacks "hurtful".

The rapper has previously claimed their daughter was on TikTok against her will. 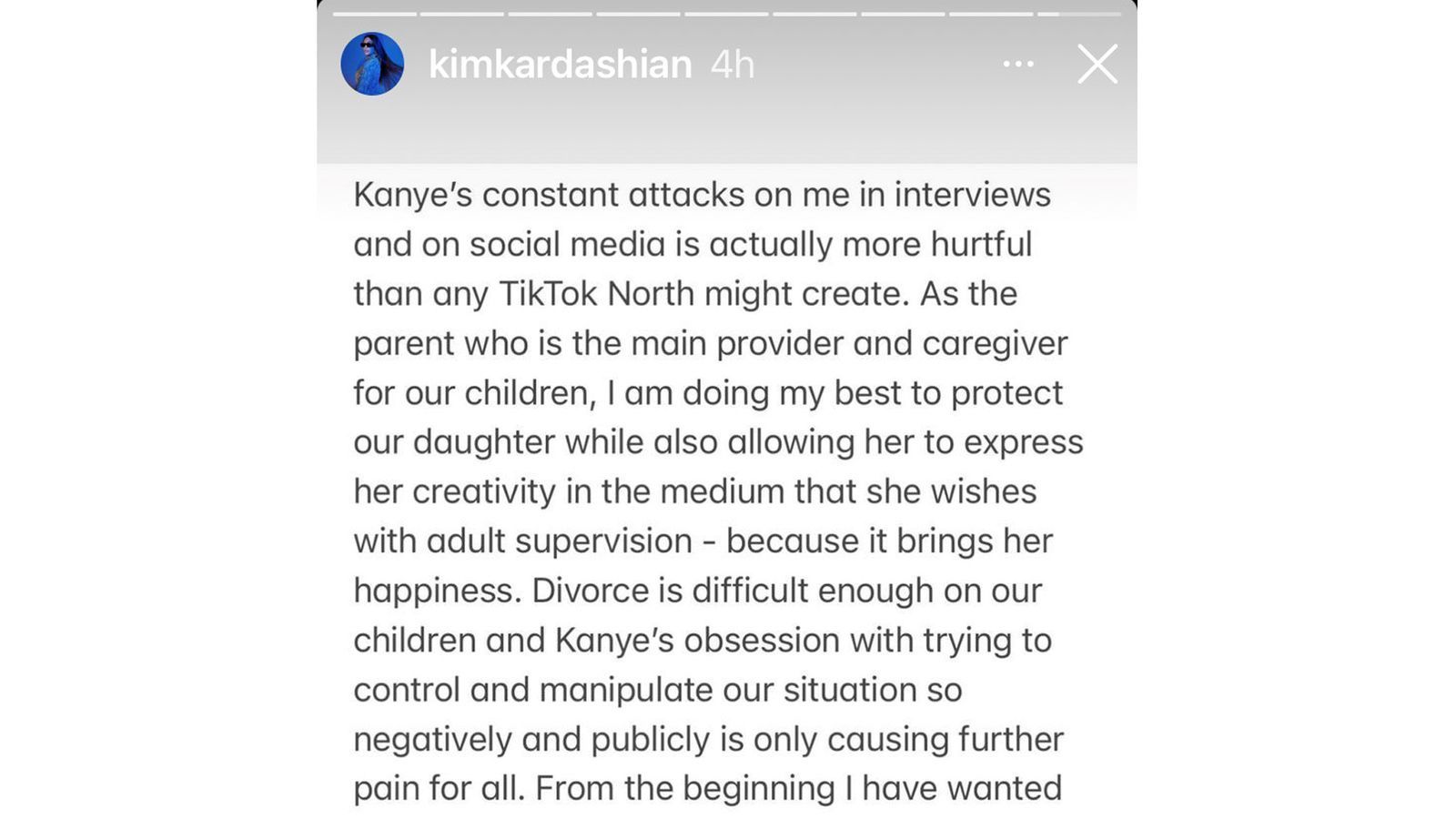 Kardashian said that West has been making co-parenting difficult for her. 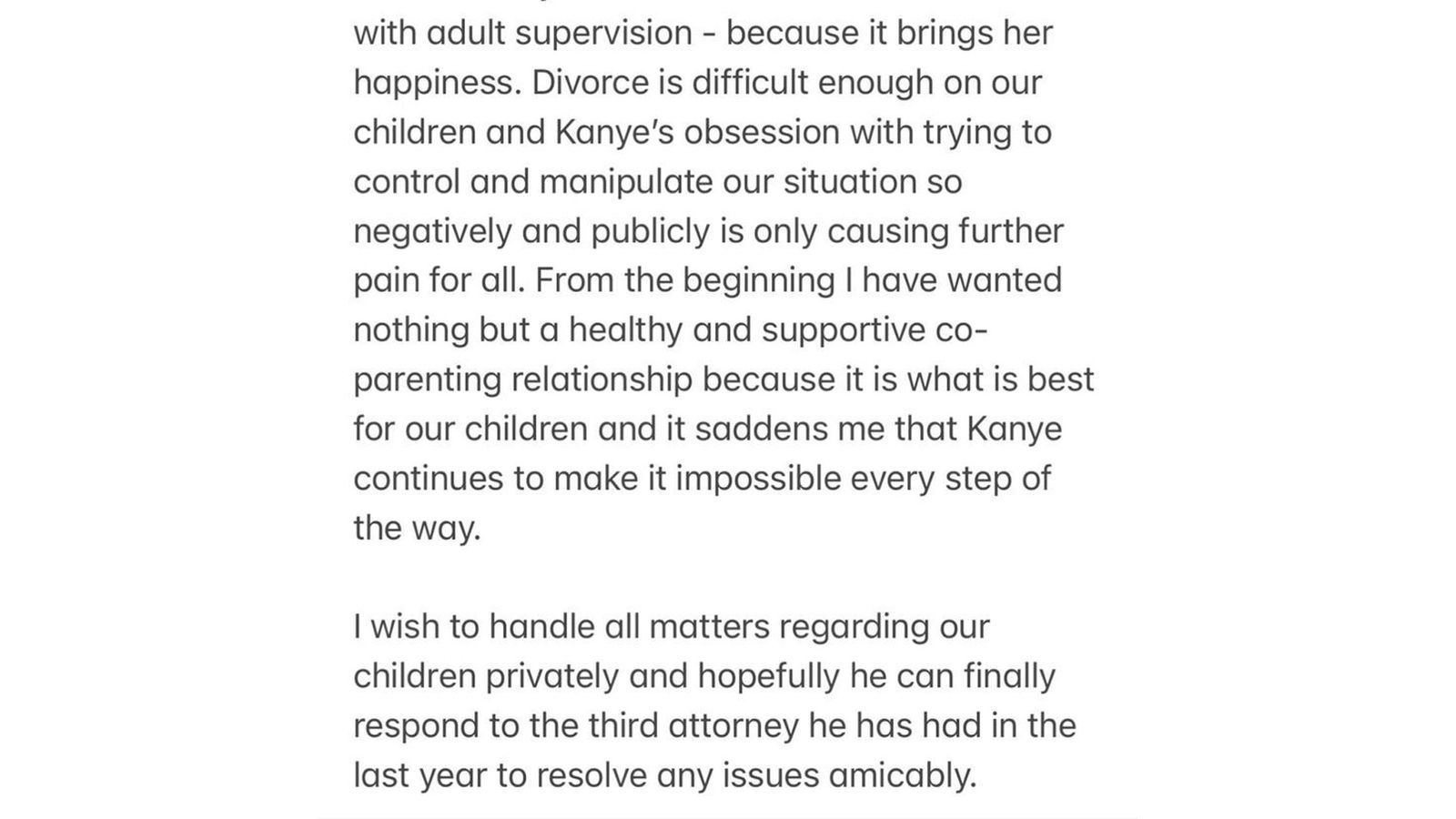 Kardashian accused her ex-husband of trying to "control or manipulate" the siutation.

West seemingly attacked his ex-wife for allowing their daughter North, eight, to be on TikTok without his permission.

"Since this is my first divorce I need to know what I should do about my daughter being put on tik tok against my will?" he wrote on Instagram.

Kardashian, 41, addressed his comments in her own post, saying she is doing her best to protect North, while allowing her "creativity in the medium she wishes" with supervision because it brings her "happiness".

She added that the "constant attacks" on her in interviews and on social media are "more hurtful than any TikTok North might create".

"Divorce is difficult enough on our children and Kanye's obsession with trying to control and manipulate our situation so negatively and publicly is only causing further pain for all," she wrote.

"From the beginning I have wanted nothing but a healthy and supportive co-parenting relationship because it is what is best for our children and it saddens me that Kanye continues to make it impossible every step of the way."

The reality star, who has 284 million followers on Instagram, added that she is the "main provider and caregiver" for their four children, North, Saint, Chicago and Psalm.

"I wish to handle all matters regarding our children privately and hopefully he can finally respond to the third attorney he has had in the last year to resolve any issues amicably," she added.

Responding to Kardashian's accusations, 44-year-old West: "What do you mean by main provider?

"America saw you try to kid nap my daughter on her birthday by not providing the address.

"You put security on me inside of the house to play with my son then accused me of stealing I had to take a drug test after Chicago's party cause you accused me of being on drugs Tracy Romulus stop manipulating Kim to be this way."

Sharing a picture of TMZ's tweet of their story on Instagram, West wrote: "TMZ my children are not a game to me.

"I need an apology for how you tried to spin the narrative. You are not being a fair media source.

"You're picking sides against the dad."

On Saturday morning, Netflix released the official trailer for its upcoming documentary about West.

The three-part series has been dubbed Jeen Yuhs: A Kanye Trilogy and has been directed by filmmakers Clarence Simmons and Chike Ozah.

In the trailer, Mr Simmons says he always knew the rapped was "destined for greatness".

The documentary has been more than 20 years in the making and features footage of West shot in New York in 2002, as well as clips and highlights throughout his career, including appearances from other rappers, including Jay Z.

Jeen-Yuhs: A Kanye Trilogy begins with "act one" on February 16 on Netflix.