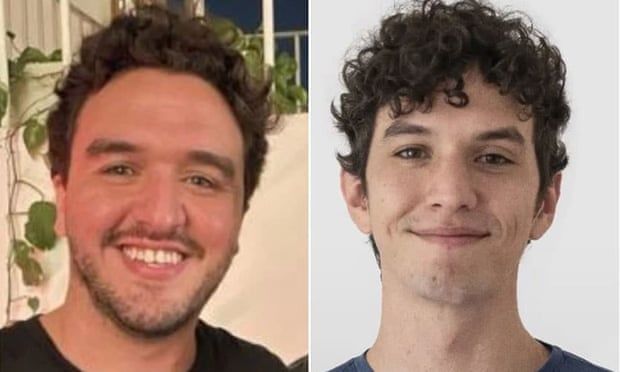 Grisly discovery rocks capital, an oasis of tentative calm in a country that saw more than 35,000 murders last year
The two brothers’ bodies were found in a cellar, bound hand and foot, their heads wrapped in packing tape. Their elderly uncle, who had also been murdered, lay nearby.

The grisly discovery, announced by authorities on Sunday, has rocked Mexico City, piercing the veneer of relative safety that has long characterised the capital, an oasis of tentative calm in a country awash with violence.

Ravaged by powerful cartels battling for control of territory, as well as a justice system marred by corruption and malfeasance, Mexico saw more than 35,000 murders last year.

That the killing took place in Roma Norte, a trendy neighbourhood in the heart of the Mexican metropolis far from rougher outer suburbs, made these latest killings seem all the more shocking.

With its tree-lined streets, cool cafes and bespoke clothing stores, Roma Norte has long been characterised by a bohemian vibe, and it was vaulted to global stardom after the release of Alfonso Cuarón’s Oscar-winning 2018 film Roma.

The neighbourhood has become a tourist hotspot, and increasingly attracted digital nomads seeking to take advantage of rents in pesos while working remote jobs paid in dollars or pounds.

But long before the expats took over, Roma already had an artsy vibe.

The murdered brothers, Jorge and Andrés Tirado, 35 and 27 respectively, fit the mould of so many young hipsters who call Roma home: Jorge was a musician, his brother Andrés a burgeoning actor who studied theatre at the National Autonomous University of Mexico.

“Andrés … my student,” wrote Mexican actress Ursula Pruneda on Twitter. “A being as joyous as the sun. I can’t find the words.”

After the two young men went missing late last week, social media was ablaze with cries for help, as many of the young men’s friends and contacts in the creative community shared their photos to their hundreds of thousands of followers.

“I found out on social media because a lot of my actor friends started posting about it,” said Moises Roditi Haydenblit, a Mexican artist and musician whose studio is just a few blocks from where the young men were killed. “It was all over my Instagram.”

When news broke that their bodies had been found, the reaction in the press was explosive, with the story making front pages and filling the airwaves, coming just days after a brazen attempted murder against one of the country’s most well-known news anchors.

Amid the furore, the response from the authorities was also swift: before dawn on Monday, police announced that three people had been arrested in connection to the crime.

“We lament and condemn these acts,” said Mexico City’s mayor, Claudia Sheinbaum, on Twitter. “There are people arrested and this morning the attorney general’s office will be providing information on the progress in this painful homicide.”

According to local media reports, the murders probably stemmed from a dispute over ownership of the house where the bodies were found.

The uproar in the press, as well as the rapid reaction from authorities, is increasingly rare in Mexico, where tens of thousands of murders took place between 2016 and 2021, but according to research group Impunidad Cero, only seven out of every 100 were solved.

“They were young men with ties to the middle, upper-middle, enlightened class of Mexico City,” said Eduardo Guerrero, a Mexican security analyst.

“Unfortunately the vast majority of victims in this war are low-income people in rural areas, or in the poverty belts of cities who don’t have the skills or resources to make these kinds of events visible in the media or on social networks.”

The high-profile killing has political implications too: Sheinbaum, who is widely expected to run for president in 2024, has staked her legacy on a dramatic drop in crime in the capital, with murders decreasing by more than a quarter last year compared with 2018, the year she took office.

“When they start going after the urban middle class, that takes a heavy toll on politicians,” Guerrero added.

For some Roma residents, however, the grizzly killing is a reminder of the fact that, in a country where massacres and disappearances have become commonplace, even the privilege afforded by wealth, class or cultural cachet can only go so far.

“It’s all over Mexico,” said Roditi, the artist. “We just live in a conceptual bubble that it doesn’t happen in certain places, but when you take stock, it happens everywhere.”
Add Comment