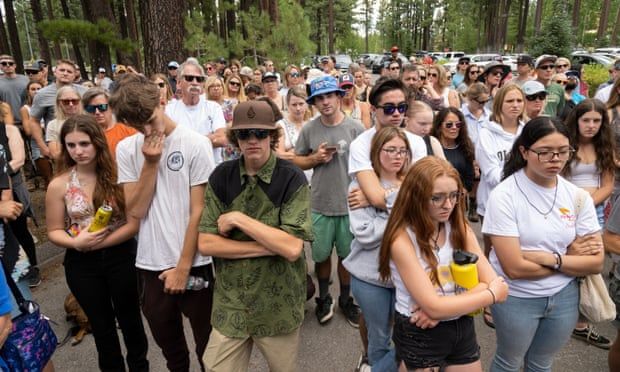 A weeks-long search for a missing 16-year-old has come to an end after divers found what is believed to be the body of Kiely Rodni submerged in a car in a California reservoir.

Rodni went missing on 6 August after attending a party with hundreds of other young people at a campground in Truckee, California. Her disappearance prompted a search effort that drew in multiple law enforcement agencies and volunteers, who spent thousands of hours looking for her.

On Monday, law enforcement officials said avolunteer search and recovery group had found what was probably the teen’s body inside her Honda SUV, which was upside down under about 14ft of water.

“We have located a decedent inside the vehicle. We believe it is our missing person,” said Shannan Moon, the Nevada county sheriff. Authorities were still working on positively identifying the remains, Moon said, and the investigation into what happened to Rodni remained “very active”.

Family and friends feared Rodni had been kidnapped and authorities were investigating the case as a possible abduction. The teen disappeared with her vehicle and her phone had been out of service since the party.

Last week, after 10 days of searching, law enforcement officials announced they would scale back the search, moving to a “limited but continuous” effort. Adventures with Purpose, the volunteer search group that discovered the body, then joined the effort after Rodni’s family contacted the group, NBC reported. 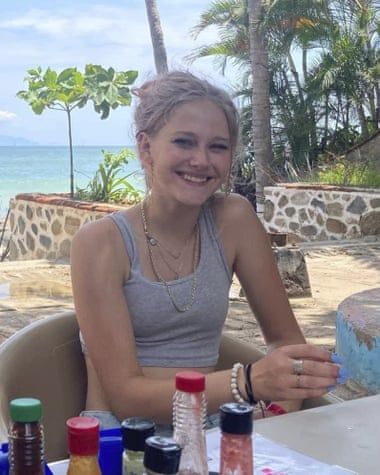 The volunteer group used sonar boats to try to find Rodni in the reservoir, which law enforcement had already “extensively” searched.

Adventures with Purpose, which says it has helped solve more than 20 missing person cold cases since 2019, put the boats in the water at 10.40am and detected an object with sonar technology by 11.15am, members of the group said in a Facebook live stream on Monday morning. They confirmed it was a vehicle, and then went to examine the car.

“Once we confirmed it was indeed Kiely’s vehicle, we immediately notified family, law enforcement and [the teen’s] dad and grandpa were on scene within minutes,” said Doug Bishop, an Adventures with Purpose search member.

Law enforcement said on Monday they would examine why the volunteer group was able to find the remains when authorities could not, but said that such searches were challenging and that their efforts helped lead to the find.

“Tracking underwater is an extremely difficult thing to do,” said Sam Brown, with the Nevada county sheriff’s office. “A lot of this equipment is high end, very expensive, and you have to have a lot of practice and expertise.”

The sheriff’s office said it was appreciative of the “fantastic job” the volunteer group did in recovering the remains.

A friend who attended the party where Rodni was last seen said she had been planning to spend the night at the campground.

“I know that she wasn’t in the right mindset or state to drive. And if she were to have driven, she wouldn’t have made it far,” Smith told KOVR-TV.