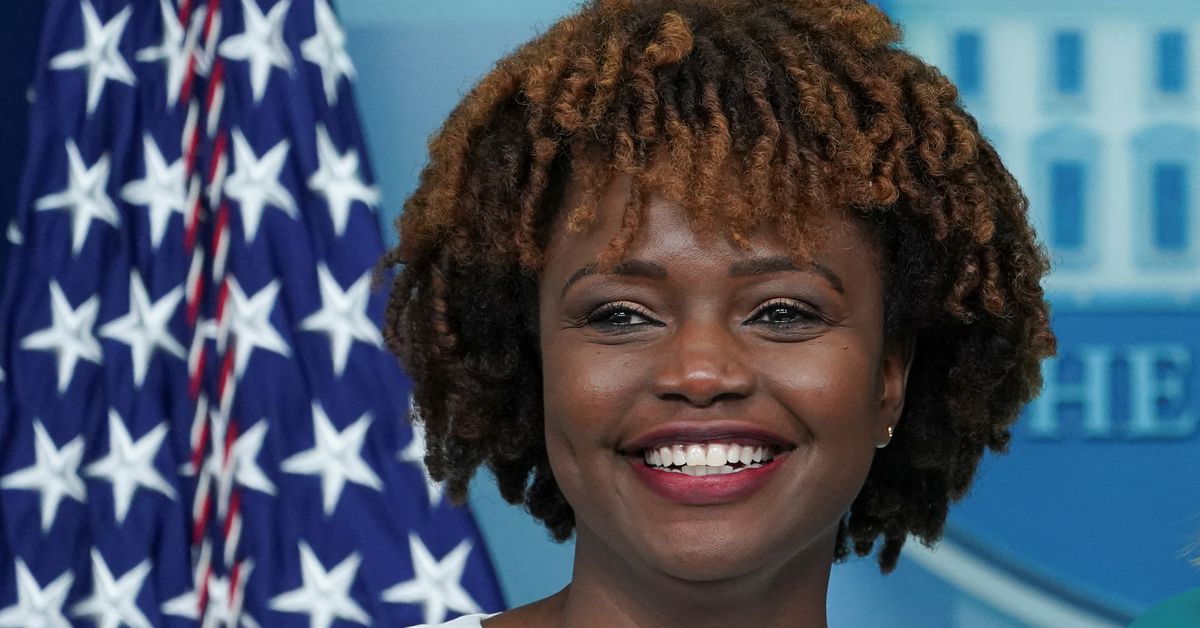 President Joe Biden said on Thursday he has chosen Karine Jean-Pierre to be White House press secretary, succeeding Jen Psaki and becoming the first Black and openly gay person to serve as the public face of a U.S. administration.
Psaki, who leaves the job on May 13, had said early in the Biden administration, which started in January of 2021, that she planned to stay about a year.

Jean-Pierre has served as deputy press secretary since the beginning of Biden's term. She worked on his 2020 presidential campaign, in President Barack Obama's White House, and was chief public affairs officer for MoveOn.org, a progressive advocacy group.

Biden has pledged to name top officials, cabinet members and judges who reflect the diversity of America, where white people make up less than 60% of the population but have traditionally held most top government jobs.

"Karine not only brings the experience, talent and integrity needed for this difficult job, but she will continue to lead the way in communicating about the work of the Biden-Harris Administration on behalf of the American people," he said in a statement.

The press secretary is the highest profile public-facing staff job in the White House.

"This is a historic moment, and it's not lost on me," Jean-Pierre said in a brief appearance in the White House press room. "It is an honor and a privilege to be behind this podium."

Dee Dee Meyers became the first woman to have the job in the 1990s under former President Bill Clinton.

Psaki was named by Biden after tumultuous relations with the media under Republican former President Donald Trump.

"Jen Psaki has set the standard for returning decency, respect and decorum to the White House Briefing Room," Biden said, thanking her for "raising the bar, communicating directly and truthfully to the American people, and keeping her sense of humor while doing so."

Psaki is known for a confident, no-nonsense, rapid-fire delivery from the White House podium. Jean-Pierre, who was chief of staff for Democratic vice presidential nominee Kamala Harris in 2020, has tended to stick closely to talking points during her press appearances as Psaki’s deputy.

"She comes to this job with decades of experience, even though she looks very young," Psaki said, adding her appointment will give a "voice to so many and allow and show what is truly possible when you work hard and dream big."
#Donald Trump  #Joe Biden

Joe Dunn 265 days ago
This administration does everything with one objective push black Hispanics and lesbians with out regard for qualifications or considering white people. All Biden or his manipulator has done is to erase everything trump accomplished for the USA Biden is a stupid politician who has been a thief his entire life
View all comments (1)Add comment