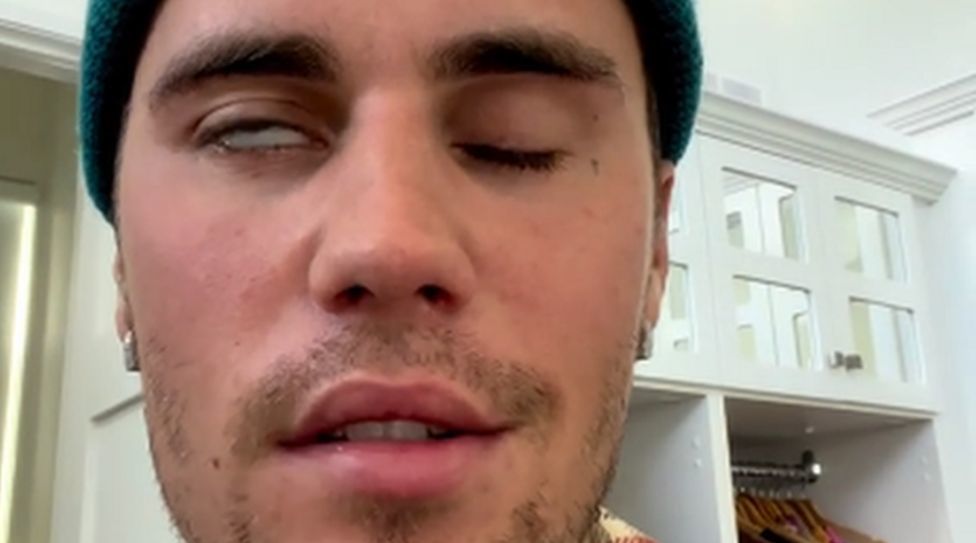 Singer Justin Bieber has revealed he is suffering from facial paralysis after cancelling shows this week.

The 28-year-old said in an Instagram video that the condition is due to a diagnosis of Ramsay Hunt syndrome.

"It is from this virus that attacks the nerve in my ear and my facial nerves and has caused my face to have paralysis," the Canada-born singer said in the three-minute video, indicating the right side of his face.

He asked for his fans to be patient, and said of his forthcoming shows that he is "physically, obviously, not capable of doing them".

He also smiled and blinked, showing his 240 million followers how the right side of his face did not move.

"This is pretty serious, as you can see. I wish this wasn't the case, but, obviously, my body's telling me I've got to slow down," he said. "I hope you guys understand. I'll be using this time to just rest and relax and get back to a hundred percent so that I can do what I was born to do."

Bieber added that he has been doing facial exercises to "get back to normal", but that he does not know how long it will take to recover.

He had been due to play in Washington DC and Toronto earlier this week, with concerts also planned in New York and Los Angeles in the coming weeks. 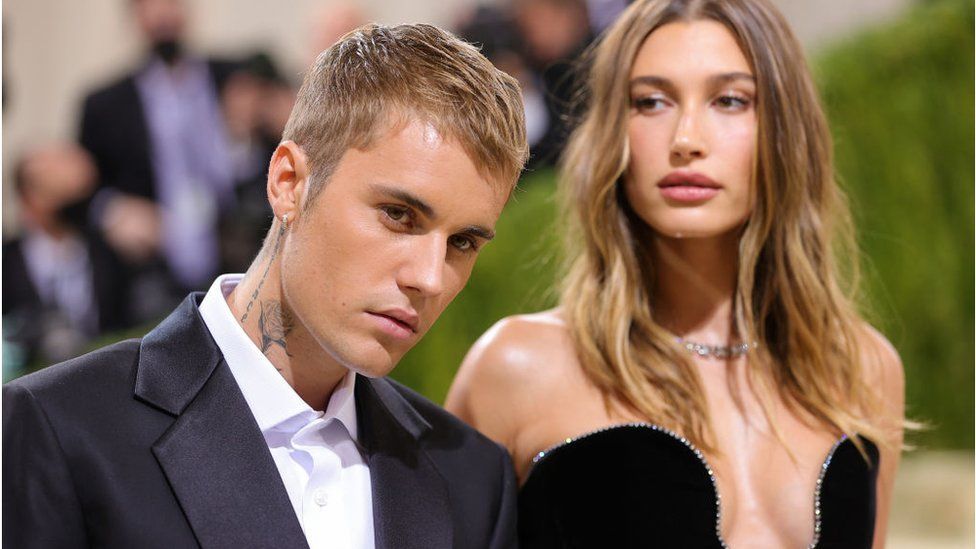 Bieber and wife Hailey on the red carpet

According to the Mayo Clinic in the US: "In addition to the painful shingles rash, Ramsay Hunt syndrome can cause facial paralysis and hearing loss in the affected ear."

The Mayo Clinic says that for most people, the symptoms of Ramsay Hunt syndrome are temporary, but can become permanent.

The inability for patients to close one eyelid can also cause eye pain and blurred vision, the organisation says, adding that it is most common in people over 60 years old.

In March, the singer's wife, Hailey Bieber, was admitted to hospital due to a blood clot in her brain.

She later said she had suffered a stroke and had undergone surgery to close a hole in her heart.

Oh ya 23 days ago
Yup she had a blood clot from the clot shot and now he has this that is related to shingles also a known side affect of the clot shot.. Maybe booster number 85 will make it better
View all comments (2)Add comment