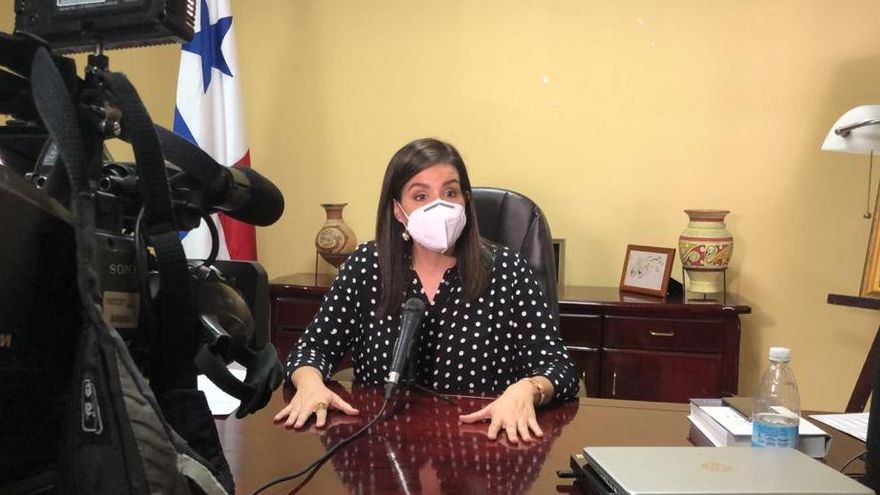 Judy Meana announced this Monday that she will step down as Governor of the province of Panama.
"I sent a note to the Municipal Council, tomorrow it should be presented before the Council and return to my functions (as vice mayor), I hope to do it in the best way together with the Mayor," said Meana.

What began as a rumor last Friday, was confirmed by Meana herself this afternoon after she called a meeting with the media at the facilities of the Government of Panama and indicated that her retirement from the position was at the request of President Laurentino Cortizo, "This morning the President called me to inform me that the Government of Panama will be being renewed .

“It is the decision of the President to appoint and remove. This time he has been very kind, because the President has the power to renew his team, and how nice that he calls me, thanks me, tells me that he will support me in everything I need, "Meana said.

Upon completion of her term in the Interior, Meana confirmed her return to occupy her position as deputy mayor of the capital city, which she obtained through popular vote in the general elections of May 2019.

It should be noted that on April 7, 2020, the communicator was appointed as Governor of the province of Panama and the Municipal Council of the district of Panama approved the granting of leave without pay to the also vice mayor , from April 16, 2020.

Meana took advantage of her meeting with the media to make her Accountability report in the 10 months that she was in front of the Government of Panama and in this highlights her work in the fight against COVID-19 by delivering supplies and actively participating in the Panama Plan Supportive and in traceability tasks; as well as the reorganization of the Technical Board of the province of Panama in four geographic areas (Panama North, San Miguelito, Panama Metro and Panama East).