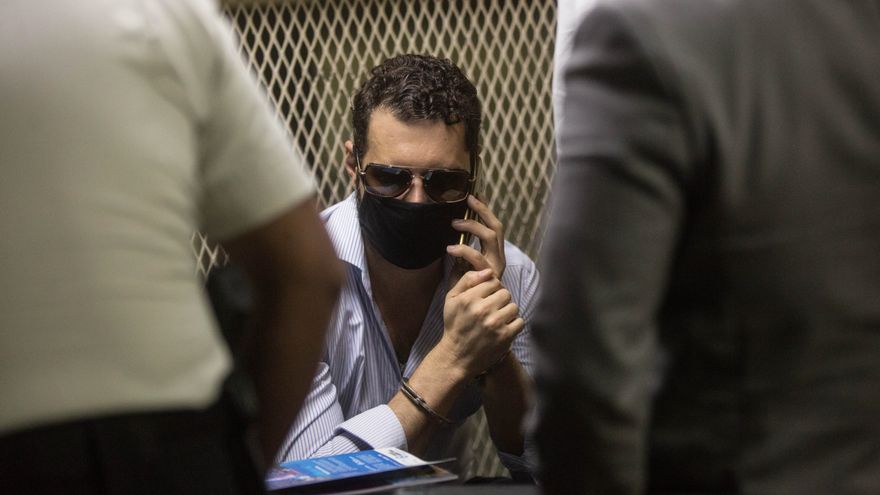 This Friday Ricardo Alberto Martinelli Linares, son of the former Panamanian president, Ricardo Martinelli, appeared before the Third Criminal Court of Guatemala.
The Third Plenary Court rejected the requests of the defense of Martinelli Linares, that the case be transferred to a higher instance, and a challenge against the three judges of the Court for distrusting partiality.

The challenge was elevated to the First Appeals Chamber so that the magistrates decide whether the Third Court will continue to take the case. Until the challenge is resolved, the process stops.

The defense was also denied the protection of Guarantees presented to suspend the imprisonment of his client requested in extradition by the United States, as well as the protection of request for a period of 15 days to present documentation from the Central American Parliament on Martinelli's immunity. Linares, however, granted him a period of three days to submit the request in writing.

Given the rejection of these requests, and while the recusal is resolved, Martinelli Linares, was again transferred to the prison of the Mariscal Zavala Military Base.

Lawyer Denis Cuesy alleged that he is being denied the right to defense by not giving him the time to demonstrate the investiture as a parliamentarian. The right is only one and it must be respected ... judicial arbitrariness is being carried out against my defendant. Every person subjected to a process must be confident that the justice will carry out the acts in accordance with the law. By continuing this process, they are being violated not only the right of defense, but an arbitrary resolution is being made, he said.

This diligence was carried out despite the suspensions in Guatemalan courts before the COVID-19 cases registered with the Judicial Organism.

The Martinelli Linares brothers were provisionally transferred on July 7 to the prison of the Mariscal Zavala Military Base in that country, after being captured at La Aurora Airport in Guatemala, where they would take a flight with an alleged destination to Panama.

The Martinelli Linares are requested by the United States justice for their alleged participation in a massive bribery and money laundering scheme by the Brazilian construction company Odebrecht.
#COVID-19  #Covid
Add Comment