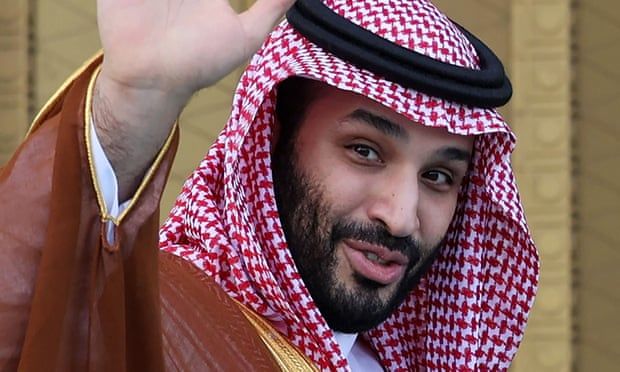 A US judge has asked the Biden administration to weigh in on whether Mohammed bin Salman, the crown prince of Saudi Arabia, should be granted sovereign immunity in a civil case brought against him in the US by Hatice Cengiz, the fiancee of Jamal Khashoggi, the journalist who was killed by Saudi agents in 2018.

John Bates, a district court judge, gave the US government until 1 August to declare its interests in the civil case or give the court notice that it has no view on the matter.

The administration’s decision could have a profound effect on the civil case and comes as Joe Biden is facing criticism for abandoning a campaign promise to turn Saudi Arabia into a “pariah”.

The US president is due to meet the heir apparent to the Saudi throne later this month when he makes his first trip to Riyadh since entering the White House.

The civil complaint against Prince Mohammed, which was filed by Cengiz in the federal district court of Washington DC in October 2020, alleges that he and other Saudi officials acted in a “conspiracy and with premeditation” when Saudi agents kidnapped, bound, drugged, tortured and killed Khashoggi inside the Saudi consulate in Istanbul in 2018.

Khashoggi, a former Saudi insider who had fled the kingdom and was a resident of Virginia, was a vocal critic of the young crown prince and was actively seeking to counter Saudi online propaganda at the time when he was killed.

After years of inaction against Prince Mohammed by Donald Trump, who was president when Khashoggi was killed, the Biden administration moved to release an unclassified US intelligence report in 2021, shortly after Biden entered the White House, that concluded Prince Mohammed was likely to have ordered the murder of Khashoggi.

At the time the report was released, the Saudi foreign ministry said the kingdom’s government “categorically rejects what is stated in the report provided to Congress”.

While Saudi Arabia said it held a trial against the hit squad responsible for the grisly murder, the proceeding was widely condemned as a sham, and some of the most senior members of the team have been sighted in a state security compound in Riyadh.

Other possible avenues of justice have been stymied for political reasons. A Turkish prosecutor in March ended a long-running trial in absentia against Khashoggi’s killers, in a move that was seen as part of the Turkish president Recep Tayyip Erdoğan’s attempts to improve relations with Prince Mohammed.

The Saudi prince has taken responsibility for the murder on behalf of the Saudi government but has denied any personal involvement in planning the assassination.

For supporters of Cengiz, who has been an outspoken advocate for justice for Khashoggi’s murder, any move by the US government to call for the crown prince to be granted sovereign immunity in the case would represent a betrayal of Biden’s promise to hold Saudi Arabia accountable.

“It would be preposterous and unprecedented for the administration to protect him. It would be the final nail in the coffin for attempts to hold Khashoggi’s murderers accountable,” said Abdullah Alaoudh, the research director of Dawn, a non-profit that promotes democracy in the Middle East that was founded by Khashoggi and a co-plaintiff on the case against the crown prince.

Judge Bates said in an order released on Friday that he would hold a hearing on 31 August after motions to dismiss the civil case by Prince Mohammed and others.

The motions to dismiss the civil case rest on claims by Prince Mohammed’s lawyers that the DC court lacks jurisdiction over the crown prince.

The judge said he was specifically inviting the US government to submit a statement of interest regarding the applicability of so-called act of state doctrine, which states that the US should refrain from examining another foreign government’s actions within its courts; the interaction of that doctrine with a 1991 law that gives Americans and non-citizens the right to bring legal claims in the US of torture and extrajudicial killings committed in foreign countries; the applicability of the head of state immunity in this case; and the US view of whether Saudi Arabia’s sovereign interests could be impaired if the case were to proceed.

Agnès Callamard, the head of Amnesty International, who investigated Khashoggi’s murder in her previous role as UN special rapporteur on extrajudicial killings, said it was “laughable” that Prince Mohammed, whom she called “an almost-sovereign”, could benefit from head of state immunity after the US itself had concluded publicly that he most likely approved the operation to kill Khashoggi.

Noting that Prince Mohammed was not king, she added: “MBS [as the crown prince is known] is not the ruler of Saudi Arabia and the US should not recognise him as head of state. Doing so would grant him an authority and legitimacy he certainly does not deserve and hopefully will never receive.”

Cengiz could not immediately be reached for comment. The Saudi embassy in Washington was not available for comment.