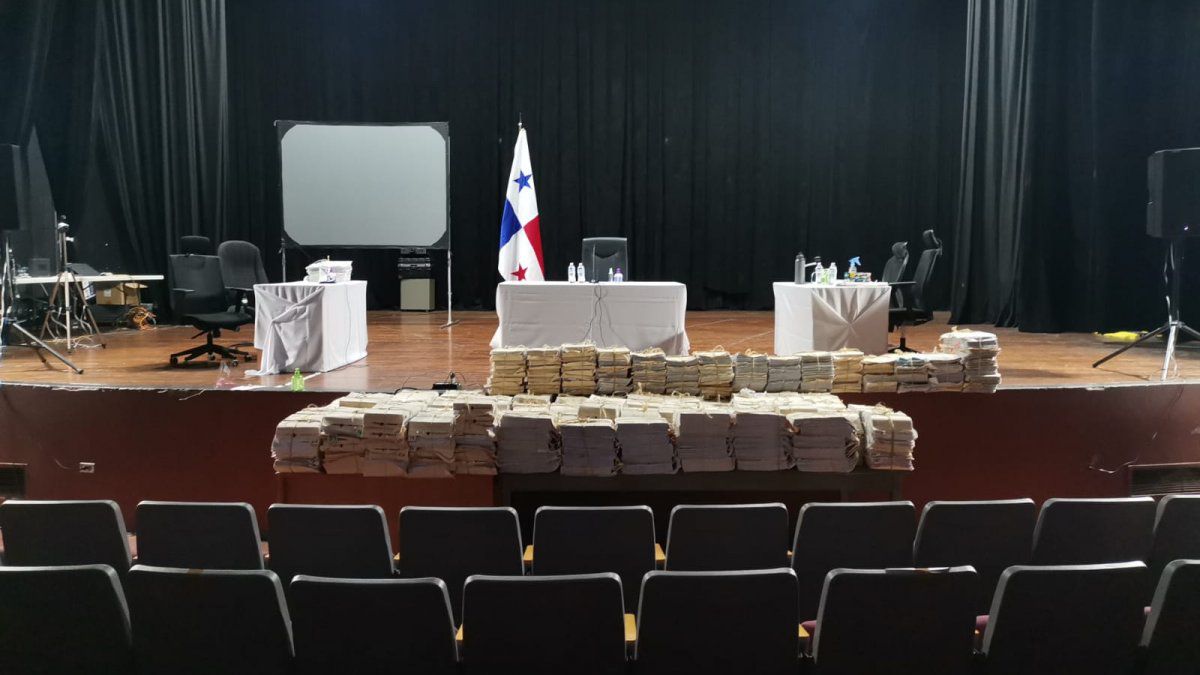 After hearing both the allegations of the Prosecutor's Office and the 39 defense attorneys, the third judge for the Settlement of Criminal Cases, Baloisa Marquínez, accepted the end of 30 business days to decide whether to call the 51 involved to trial or decree the dismissal.
The preliminary hearing in the Blue Apple case ended on Tuesday, after which Judge Baloisa Marquínez, of the Third Criminal Liquidator Court of the First Judicial Circuit of Panama, accepted the term of law to qualify the summary.

After concluding the preliminary hearing, the Public Ministry indicated that it expects the Judge to accept the call for trial that has been requested by the Anti-Corruption Discharge Prosecutor's Office for 51 of the defendants, among which are 7 former officials, two of them former ministers. of State.

This preliminary hearing process began on August 5 at the Balboa Theater facilities, and during the days in which it took place the allegations of the Anti-Corruption Prosecutor's Office and the defense attorneys have been presented.

There are a total of 54 citizens who are being indicted for the alleged commission of crimes Against the Economic Order (Money Laundering), Against Collective Security (Illegal Association for Delinquiries), Against the Public Administration (Corruption of Public Servants) and Against the Public Faith (Counterfeiting).

"The superior prosecutors Aurelio Vásquez and Adecio Mojica, together with their work team, in their allegations, presented the evidence for the prosecution of the accused, which is reflected in a robust file of 351 volumes, of which the Judge already had prior knowledge, and that establishes how the framework of the use of joint-stock companies and the banking system for money laundering with the present crime of corruption occurred, "added the Public Ministry.

It is worth mentioning that this investigation began on October 30, 2017 and is related to an alleged corruption network made up of public officials, businessmen and lawyers, who allegedly requested commissions from contractors for the award of tenders with the State.

A Police Intelligence Report refers to the corporation "Blue Apple Services", created by several people (members of the government administration from 2010-2014), with the purpose of "disguising or laundering money", allegedly obtained from bribes or bribes received for the concession of various construction projects, at the national level, for which they used the local and international banking system in order to give them a legitimate appearance.