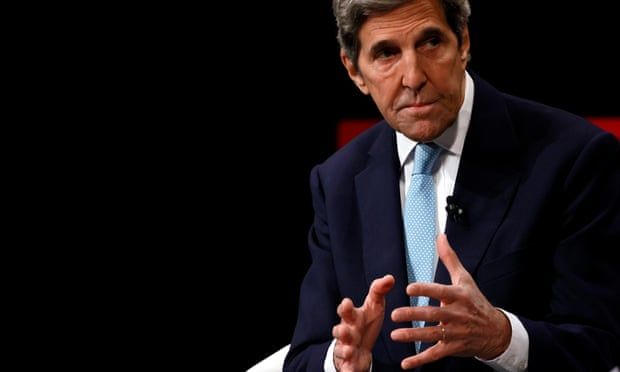 The US climate envoy John Kerry has committed to pursuing the facts behind the disappearance of a veteran Guardian contributor and a celebrated Indigenous expert in the Brazilian Amazon.

Dom Phillips and Bruno Araújo Pereira were last seen on Sunday morning travelling by boat through the remote Javari Valley, a region plagued by violence involving illegal fishermen, illegal loggers, drug traffickers and security forces.Kerry, a former US secretary of state, appears shocked at details of the case recounted by the Brazilian Indigenous leader Sonia Guajajara in a WhatsApp video of the encounter seen by the Guardian.

“We will follow up with you,” he says in the video, before telling his assistant to take more details.

The exchange happened at a ceremony on Tuesday honouring Time magazine’s 100 most influential people of 2022, one of whom was Guajajara.

However, in a second WhatsApp video from the event, Guajajara said: “Unfortunately, I can’t even celebrate or commemorate being on this list because I have to lament … the disappearance of Indigenous activist Bruno and journalist Dom Phillips who have vanished, simply vanished, and no one knows where they are.

“The search is so slow, and it is pitiful that we continue to live in a situation where there is no security,” she continued.

“We need for authorities to take a position, and start to actively look for them in a responsible manner. I wanted to come here to New York to denounce this situation to the world so that everyone’s attention is on this situation and on the permanent violence that Indigenous peoples and our supporters are constantly facing. That is all. We will continue to fight.” 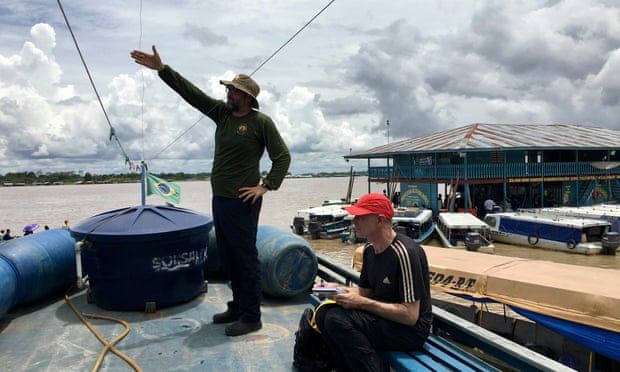 Brazilian police on Tuesday opened a criminal investigation into the disappearance of the men, who had reportedly been threatened.

Phillips’s sister Sian called on the UK and US governments to lobby Brazil’s president, Jair Bolsonaro, who is due to meet his US counterpart, Joe Biden, at this week’s Summit of the Americas in Los Angeles, to do more.

“He’s not going to do anything without having pressure put on him,” Phillips said of the Brazilian leader, whose presidency has overseen soaring deforestation and the dismantling of environmental protection agencies and laws.

In his first official comments on the disappearance, Bolsonaro on Tuesday criticised what he called an inadvisable “adventure”.

“Quite frankly, two people in just one boat, in that kind of region, absolutely wild, is an adventure that isn’t recommendable for anyone. Anything might happen. It could have been an accident. They could have been executed,” he added, prompting immediate outrage.