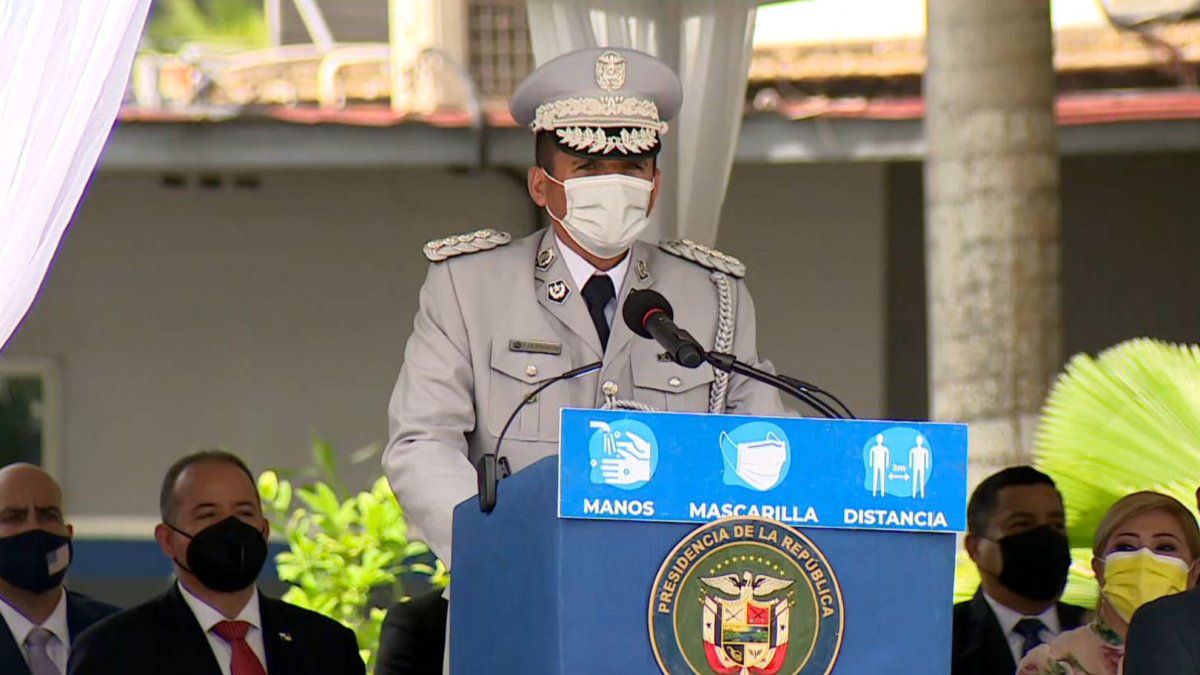 President Cortizo appointed John Dornheim as Police Director, after removing Commissioner Gabriel Medina from his post on May 21.
Commissioner John Dornheim took this Friday, June 4 the command as the new director of the National Police (PN).

The inauguration took place during a transfer of command ceremony held at the headquarters of the National Police in Ancón.

John Dornheim assumes command as the new director of the Police after being appointed by the President of the Republic Laurentino Cortizo, who presided over the event.

Present at the ceremony was Security Minister Juan Pino, the Deputy Minister of Security, who presented the command flag to Dornheim.

After assuming command, Dornheim emphasized that he will not allow " acts that tarnish the well-earned image of this institution, " while asking Panamanians and foreigners who are in national territory to continue to trust their National Police.

" To the transgressors of the law, I make it very clear that the National Police has trained human resources and specialized units to counteract their illegal activities, with strict adherence to the principle of legality, respecting constitutional guarantees ," said John Dornheim.

For his part, the president made a call to honor the uniform, maintaining as a principle and north the principles of the vocation to service, discipline and mysticism.

" Commissioner John Dornheim Castillo, I trust that you will exercise the position of director of the National Police with responsibility, honesty, leadership, discipline, guaranteeing respect for human rights and the well-being of the 18 thousand units under your command and in the same way to all citizens , "said Cortizo.

During the change of command ceremony, various units of the National Police were recognized and awarded with Distinguished Service and Medal of Honor of Merit.

President Cortizo appointed John Dornheim as the new Police Director after removing Commissioner Gabriel Medina from office on May 21.

At the time, the exact reasons for the removal of Medina, who had been appointed as director in January 2021, were not disclosed, however, on May 28, President Cortizo warned about skipping "procedures."

It is worth mentioning that Commissioner Rafael Álvarez remains as deputy director of the National Police.
Add Comment