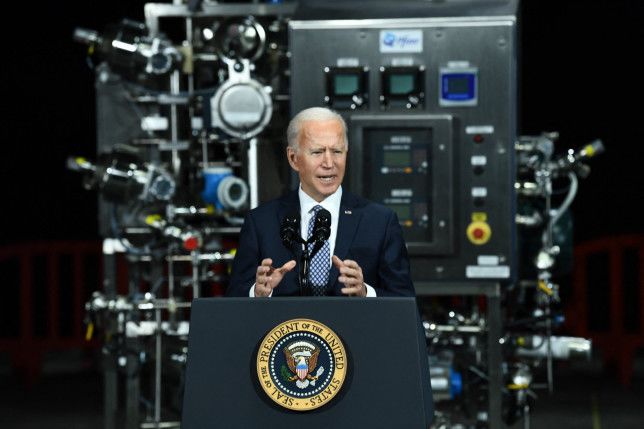 Joe Biden has revealed that the US is administering 1.7million Covid vaccine doses every day as the country’s death toll nears 500,000.

Speaking a Pfizer vaccine factory in Kalamazoo, Michigan, on Friday, the President of the United States said: ‘We are now at a point where we have seen the average daily number of people vaccinated nearly double (from) the week before I took office, to about 1.7million average per day, getting a shot.’

Biden said the figure has put him on track to keep his pre-inauguration promise to inject 100million Covid vaccine doses in his first 100 days in office. The president said: ‘We are on track to surpass my commitment.

‘You may remember, when I said, in my first 100 days that we’d administer 100million shots in my first 100 days. But we’re on the path to do that. We’re averaging 1.7million a day. Soon we’ll be at 50 million, and I’m confident we’ll exceed the number.’ 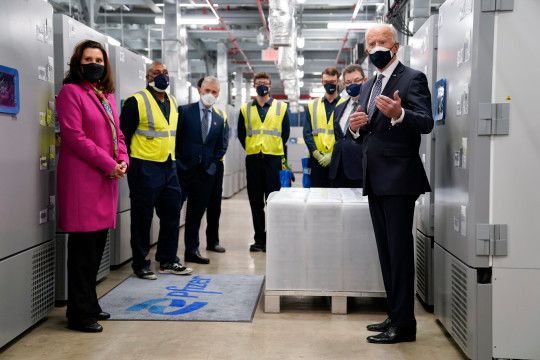 Biden – who received his first Pfizer vaccine in December, and second shot in January – then spoke of the toll Covid has wrought on America, despite apparent success in finally beginning to tame the virus.

‘That is almost 70,000 more than all the Americans who died in World War Two over a four year period. All the sorrow, all the heartache, all the pain.’

And the president also made muted remarks on when the pandemic might finally be over, in contrast to Donald Trump, who was known for his sunny but overly-optimistic predictions.

Biden said: ‘I can’t give you a date when this crisis will end, but I can tell you we are doing everything possible to have that day come sooner rather than later.’ 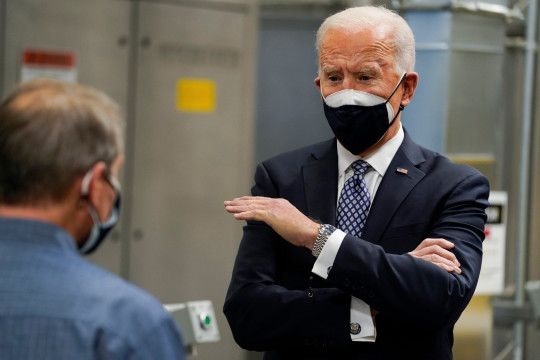 Biden spoke to workers at the plant, and highlighted that the US is set to pass 500,000 Covid deaths in the coming days

Figures from Bloomberg show that the US has so far given out around 60million vaccines.

States have inoculated an average of 12% of their populations, with vaccines still only available for front-line workers, the elderly and medically vulnerable.