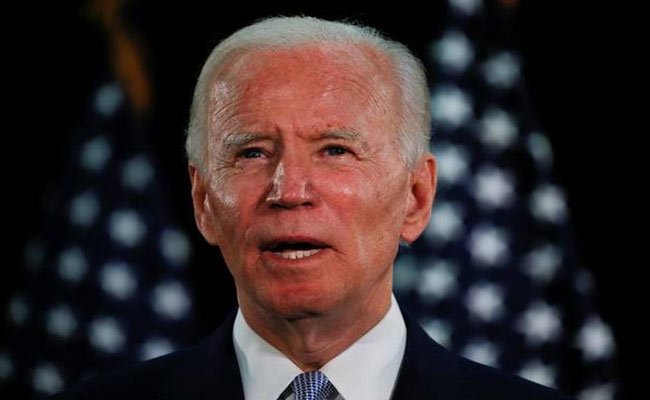 In a major policy document for Indian-Americans released on India's 74th Independence Day, the Joe Biden Campaign also emphasised its support to family-based immigration system and streamlining processing for religious worker visas.
If voted to power in the November general elections, a Biden administration will reform the H-1B visa system and work towards eliminating the country-quota for Green Cards, his campaign said on Saturday, in a move to attract the influential Indian-American community.

The H-1B visa is a non-immigrant visa that allows US companies to employ foreign workers in speciality occupations that require theoretical or technical expertise. Companies depend on it to hire tens of thousands of employees each year from countries like India and China.

The administration will also take steps to stem the rising tide of hate and bigotry, address the security needs of house of worship, eliminate language barriers and honour the diversity and contributions of Indian-Americans, it said.

Joe Biden will support family-based immigration and preserve family unification as a core principle of our immigration system, which includes reducing the family visa backlog, his campaign said.

"He will increase the number of visas offered for permanent, work-based immigration based on macroeconomic conditions and exempt from any cap recent graduates of PhD programmes in STEM fields," the campaign said.

"And, he will support first reforming the temporary visa system for high-skill, specialty jobs to protect wages and workers, then expanding the number of visas offered and eliminating the limits on employment-based Green Cards by country, which have kept so many Indian families in waiting for too long," it said.

According to the policy document, Biden will restore and defend the naturalisation process for Green Card holders. A Green Card allows a non-US citizen to live and work permanently in America.

"He will increase the number of refugees we welcome into this country by setting the annual global refugee admissions target to 125,000 and seek to raise it over time to commensurate with our responsibility, our values, and the unprecedented global need," it said.

"He will also work with Congress to establish a minimum admissions number of 95,000 refugees annually. Biden will remove the uncertainty for Dreamers by reinstating the DACA programme and explore all legal options to protect their families from inhumane separation," the campaign said.

It said Biden will end workplace raids and protect other sensitive locations from immigration enforcement actions.

As a largely immigrant community, but in some cases with American roots reaching back generations, Indian-Americans know firsthand the strength and resilience that immigrants bring to the US, the campaign said.

"But President Trump has waged an unrelenting assault on our values and our history as a nation of immigrants. It''s wrong, and it stops when Biden is president," it alleged.

"Biden will rescind Trump's Muslim ban on day one and reverse the detrimental asylum policies that are causing chaos and a humanitarian crisis at our border," the campaign said.

"He will immediately begin working with Congress to pass legislative immigration reform that modernises our system, with a priority on keeping families together by providing a roadmap to citizenship for nearly 11 million undocumented immigrants - including more than 500,000 from India," it said.

Indian-Americans of all backgrounds - Hindu, Sikh, Muslim, Jain, and others - have been subjected to bullying and xenophobic attacks and need now, more than ever, a reassurance that the US leaders in Washington will have their backs, it said.

During the Obama-Biden administration, the FBI expanded its hate crime statistics programme to include Sikhs, Hindus, and Buddhists. As President, Biden will directly address the rise in hateful attacks and enact legislation prohibiting someone convicted of a hate crime from purchasing or possessing a firearm, it said.

"Biden will appoint leaders at the Department of Justice who will prioritise the prosecution of hate crimes, and he will order his Justice Department to focus additional resources to combat hate crimes - including religion-based hate crimes - and to confront white nationalist terrorism," it said.

"He will also seek legislation that increases the potential sentence for certain hate crimes that occur in houses of worship and other religious community sites, such as gurudwaras, mandirs, temples, and mosques. And, he will use his executive power to ensure that the Department of Justice pursues such heinous acts of violence against houses of worship to the fullest extent of the law," the campaign said.

Noting that in 2012, the Sikh community suffered a terrible tragedy when a white supremacist opened fire in an Oak Creek, Wisconsin, gurdwara, ultimately killing seven and wounding four, the campaign added that in January 2019, a Hindu temple was the victim of a horrific act of vandalism and destruction, with windows shattered and xenophobic messages spray-painted across the walls.
#Joe Biden

Oh ya 195 days ago
So in short you would have to be a retard to vote joe in .throw Americans out of work so companies can hire cheaper labor from other countries . Liberalism find the cure
View all comments (1)Add comment