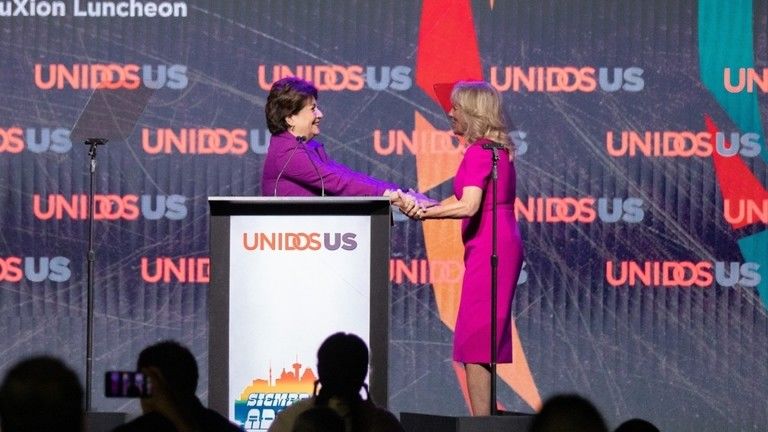 First Lady Jill Biden was criticized after stating that Latinos are akin to “breakfast tacos,” with a major Hispanic activist organization slamming the remark as a disrespectful stereotype, while conservative critics mocked the comparison.
Speaking during a yearly event for UnidosUS – the country’s largest Latino advocacy group – in Texas on Monday, Biden hailed the efforts of the organization’s president, Raul Yzaguirre, attempting to draw colorful metaphors to illustrate the diversity among Hispanics.

“Raul helped build this organization with the understanding that the diversity of this community – as distinct as the bodegas of the Bronx, as beautiful as the blossoms of Miami, and as unique as the breakfast tacos here in San Antonio – is your strength,” the first lady said, drawing a faint laugh from the crowd.

“Using breakfast tacos to try to demonstrate the uniqueness of Latinos in San Antonio demonstrates a lack of cultural knowledge and sensitivity to the diversity of Latinos in the region,” the group said in a statement, adding, “Our heritage as Latinos is shared by a variety of diasporas, cultures and food traditions, and should not be reduced to a stereotype.”

Christina Pushaw, who serves as press secretary for Florida’s Republican governor, Ron DeSantis, argued that there would have been a “regime media meltdown” if a conservative had made similar comments, while an aide to Senator Ted Cruz (R-Texas) asked whether any of Biden’s speechwriters had “won a bet for getting the first lady to say something like this.”

President Joe Biden’s approval ratings among Hispanics have taken a major hit in recent months, plummeting from 55% last year to just 26% in May, according to polling conducted by Quinnipiac University. It’s unclear what accounts for the falling figures, but progressive Democrats have slammed the administration’s border policies, including a Monday decision to extend legal protections for only some Venezuelan migrants who fled to the US from their home country.
#Joe Biden

Oh ya 206 days ago
The last 1st lady was all class. Look what you have now. And along with Mr Poopy pants what a great pair
He has to carry notes telling him when to sit down for Gods sake
View all comments (1)Add comment