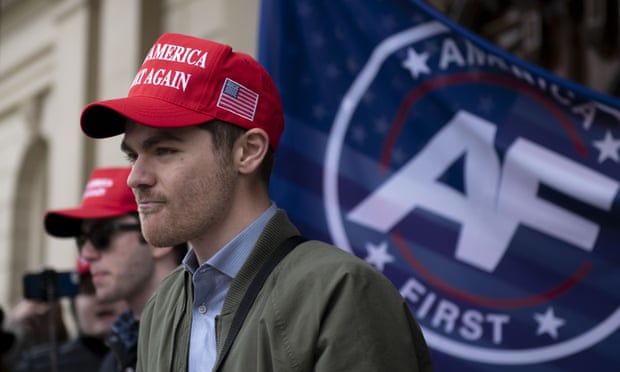 Fuentes, described by the chief executive of the Anti-Defamation League as “among the most prominent and unapologetic antisemites in the country”, met Trump with Ye, the rapper formerly known as Kanye West, who has repeatedly made racist comments about Jewish people.

“President Trump was wrong to give a white nationalist, an antisemite and a Holocaust denier a seat at the table,” Pence said in an interview with News Nation on Monday. “I think he should apologize for it, and he should denounce those individuals and their hateful rhetoric without qualification.”

Chris Christie, a sometime Trump ally who, like Pence, is said to be considering a presidential run, told the New York Times that Trump’s actions “make him an untenable general election candidate for the Republican party in 2024”.

“This is just another example of an awful lack of judgment from Donald Trump,” Christie said.

“We have a long history in this country of separating the moral character of the man in the White House from his conduct in office, but with Trump, it’s gone beyond any of the reasonably acceptable and justifiable norms,” Lefkowitz told the newspaper.

Trump has said Ye had been invited to dinner and “unexpectedly showed up with three of his friends”, “whom I knew nothing about”.

Ben Shapiro, a Jewish rightwing personality who has been supportive of Trump in the past, rejected Trump’s explanation in a post on Twitter.

The meeting with Fuentes, a Holocaust denier who has repeated the racist “white genocide” theory, was not the first time Trump has engaged with racism.

After deadly clashes at a white supremacist rally in Charlottesville, Virginia, Trump declared that there were “very fine people on both sides”, and he told the far-right Proud Boys group to “stand by” during a presidential debate.

The Republican West Virginia senator Shelley Moore said: “It’s ridiculous you would do something with someone who espouses those views.”

The condemnation was far from universal, however. PBS approached 57 Republican politicians for comment on Trump’s meeting with Fuentes, and a majority declined to comment.

Others said it was wrong for Trump to hold the meeting, but stopped short of criticizing the former president, while the Florida senator Marco Rubio defended Trump.

“I know (Trump) is not an antisemite. I can tell you that for a fact that Trump is not but this guy (Fuentes) is evil. And that guy is a nasty, disgusting person. (Fuentes) is an ass clown,” Rubio told a reporter.

CNN reported that during the dinner Trump “was engaged with Fuentes and found him ‘very interesting’”.

“At one point during the dinner, Trump declared that he ‘liked’ Fuentes,” CNN said.

The twice-impeached former president, who has filed for corporate bankruptcy at least four times, said he had given Ye business advice during the dinner.

“We got along great, he expressed no anti-Semitism, & I appreciated all of the nice things he said about me on ‘Tucker Carlson.’ Why wouldn’t I agree to meet? Also, I didn’t know Nick Fuentes,” Trump said on Truth Social, his rightwing social media platform.
#Donald Trump

Oh ya 66 days ago
Well, then Trump should not meet with any Jews because it is a apartheid state killing women and children in in Palestine.
View all comments (1)Add comment