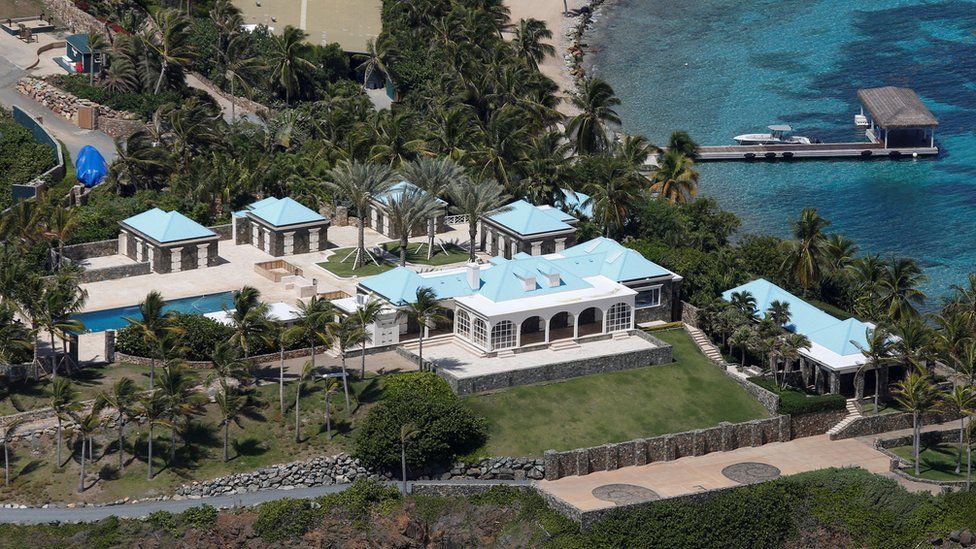 Jeffrey Epstein's private islands put up for sale for $125m

Private Caribbean islands owned by the deceased sex offender and financier Jeffrey Epstein are up for sale and could fetch up to $125m (£94.7m).

A lawyer for Epstein's estate confirmed to the BBC that the two islands - Little St James and Great St James - have been listed.

Lawyer Daniel Weiner said some proceeds from the sale will be used to settle outstanding lawsuits.

The financier bought the 90-acre Little St James - the more developed of the two - nearly 25 years ago for almost $8m (£6m).

He then acquired the larger Great St James in 2016 for $22.5m and had drawn up plans to develop the 161-acre island by building homes, an amphitheatre, as well as an underwater office and pool.

Bespoke Real Estate, which is jointly overseeing the sale, told the BBC both islands are being offered for a total $125m.

The lawsuit, filed two years ago, also claimed that one 15-year-old girl attempted to escape the island by swimming away before being captured and having her passport confiscated. 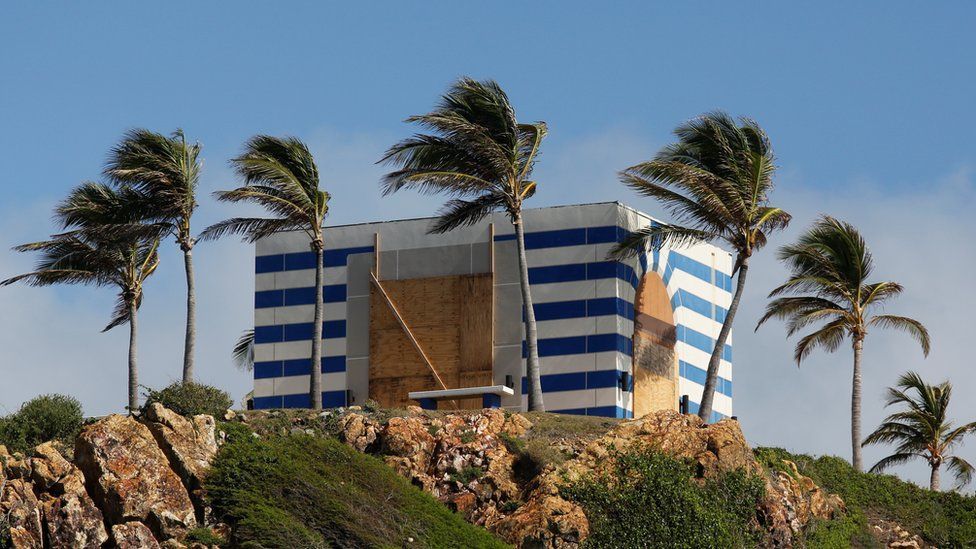 Mr Weiner, a partner at New York law firm Hughes Hubbard & Reed, said the sale is taking place with the support of Ms George and that the proceeds "will be used by the estate for the resolution of outstanding lawsuits and the regular costs of the estate's operations".

Epstein reportedly welcomed a number of high profile guests to Little St James over the years. One of Epstein's alleged victims, Virginia Giuffre, claimed in a civil suit that Prince Andrew had abused her on the island. Prince Andrew denied the claims and said he had no recollection of meeting Ms Giuffre.

The prince recently paid a settlement to Ms Giuffre to end a civil case in the US. The settlement accepted no liability and Prince Andrew has always strongly rejected claims of wrongdoing. 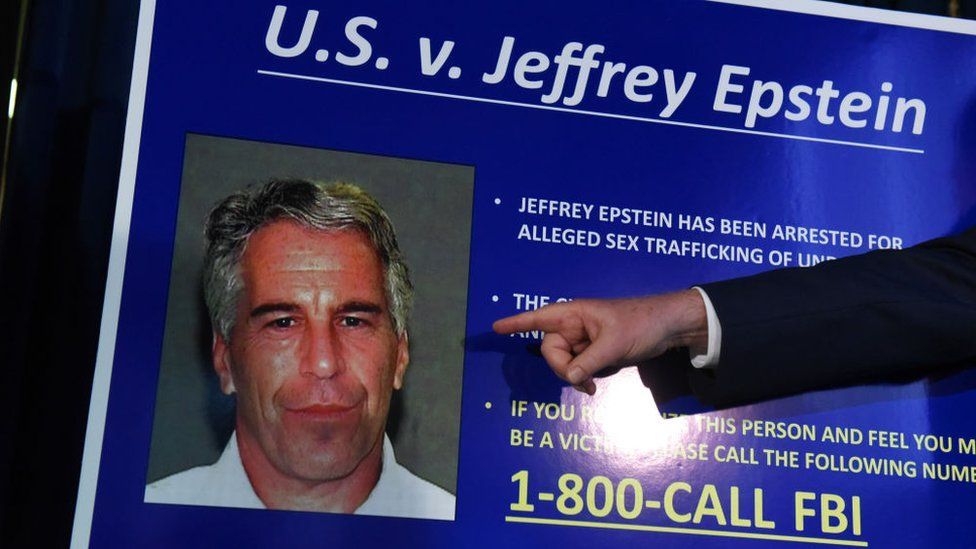 He resigned from the UK bank last year following an investigation by financial regulators over how the banker had characterised his relationship with Epstein.

Mr Staley dropped by Epstein's island in 2015 a few months before he took on the chief executive role at Barclays.

Regulators were concerned that the emails showed a closer relationship between the two men than Mr Staley had described to Barclays board.