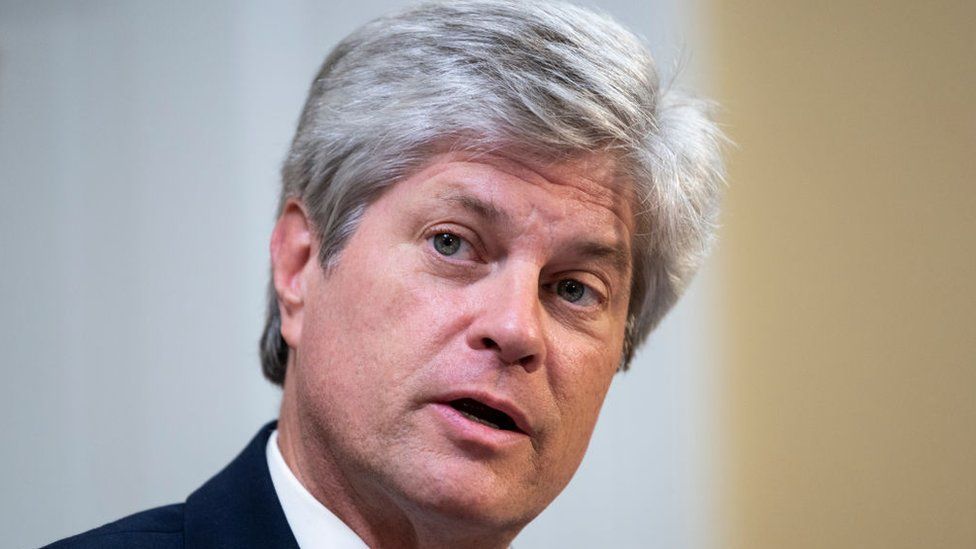 Jeff Fortenberry: The US lawmaker toppled by a Nigerian billionaire

A US lawmaker could face expulsion from Congress for lying about funding ties to an African billionaire.

Jeff Fortenberry, a Republican from Nebraska, lied to the FBI about taking illegal donations from Gilbert Chagoury, a high-flying Nigerian businessman, a federal jury found.

He could be sentenced to 15 years in prison on three felony counts.

The case has also renewed attention on the access of foreign influencers on US politics.

It is illegal for foreign nationals to make political contributions, but Mr Chagoury, 75, has made several. In 2019, he was fined $1.8m (£1.4m) by the US government, and some recipients of his donations were investigated.

A Paris-based industrialist, Mr Chagoury had a high profile. His name adorns a wing of the Louvre Museum, and he was once denied a US visa for alleged ties to Hezbollah militants.

He was once a top advisor to Nigerian military ruler Sani Abacha, who was later found to have stolen billions from the country as its head of state in the 1990s.

Mr Chagoury also happens to be ambassador to the Vatican for the island nation of St Lucia. Said to be a devout Catholic, he and Fortenberry, 61, have been linked to a Washington-based nonprofit called In Defense of Christians.

Officials are yet to explicitly say why he targeted the congressman, but US Justice Department documents claim Mr Chagoury was advised to "contribute to US politicians from less populous states" because the gifts would be "more noticeable".

In a recorded phone call, Fortenberry was told that he had likely received $30,000 illegally through associates of Mr Chagoury.

But in meetings with FBI agents, Fortenberry denied any knowledge, telling them he would have been "horrified" to hear such a claim.

Prosecutors argued he then "repeatedly" concealed the donation in order "to protect his job, his reputation and his close associates".

On Thursday, jurors at his trial in Los Angeles deliberated for about two hours before finding him guilty on charges of making false states and concealing facts to federal agents.

"If we want anyone to follow the law, ultimately it starts with the lawmakers," Chief prosecutor Mack Jenkins said. "We hold them to a higher standard."

He is expected to be sentenced on 28 June, but has said he will appeal the verdict.

Although he is not required to do so, Republicans and Democrats in the US House of Representatives have called for him to resign. If he does not, he is almost certain to be expelled, as has been the case for previous Congress members convicted of felonies.