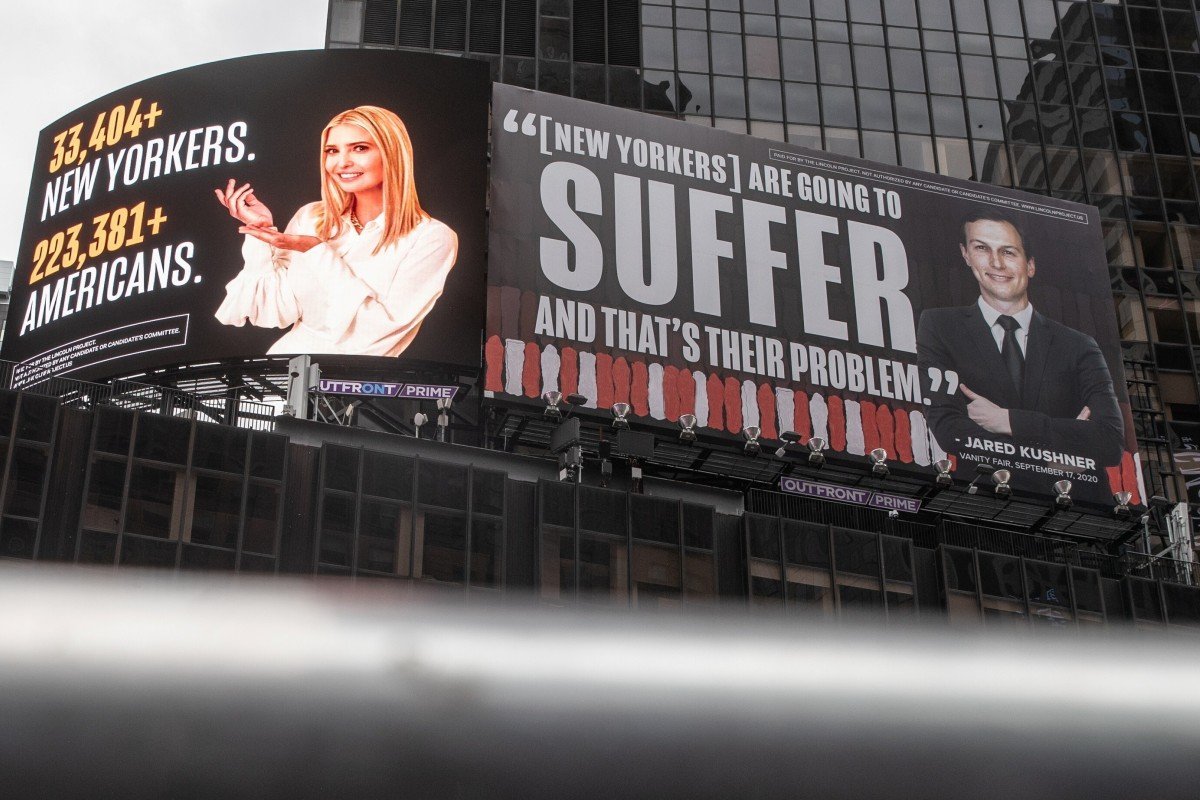 Jared and Ivanka threaten to sue over ‘malicious’ billboards

US President Donald Trump’s daughter and son-in-law, both top White House aides, are threatening to sue a group of anti-Trump Republicans for posting billboard ads in New York City’s Times Square linking them to the country’s almost 225,000 coronavirus deaths.

A lawyer representing Ivanka Trump and her husband, Jared Kushner, made the threat in a letter to the Lincoln Project, calling the ads “false, malicious and defamatory” and saying they constituted “outrageous and shameful libel”.

“If these billboard ads are not immediately removed, we will sue you for what will doubtless be enormous compensatory and punitive damages,” Marc Kasowitz said in his letter, which the Lincoln Project posted on Twitter.

Kasowitz’s office did not immediately respond to a request for comment.

In separate posts, the Lincoln Project responded “Nuts!” and said in a statement: “The billboards will stay up”.

“While we truly enjoy living rent free in their heads, their empty threats will not be taken any more seriously than we take Jared and Ivanka,” the group said.

Jared and Ivanka have always been entitled, out-of-touch bullies who have never given the slightest indication they have any regard for the American people.

We plan on showing them the same level of respect.

One of the ads features a smiling Ivanka Trump gesturing towards text showing the number of coronavirus deaths in New York and nationwide. The other is a photo of Kushner next to a quote attributed to him last month by Vanity Fair magazine, citing an unidentified source: “(New Yorkers) are going to suffer and that’s their problem”.

The US saw a record 83,304 new cases on Friday, exceeding peaks reached in July.