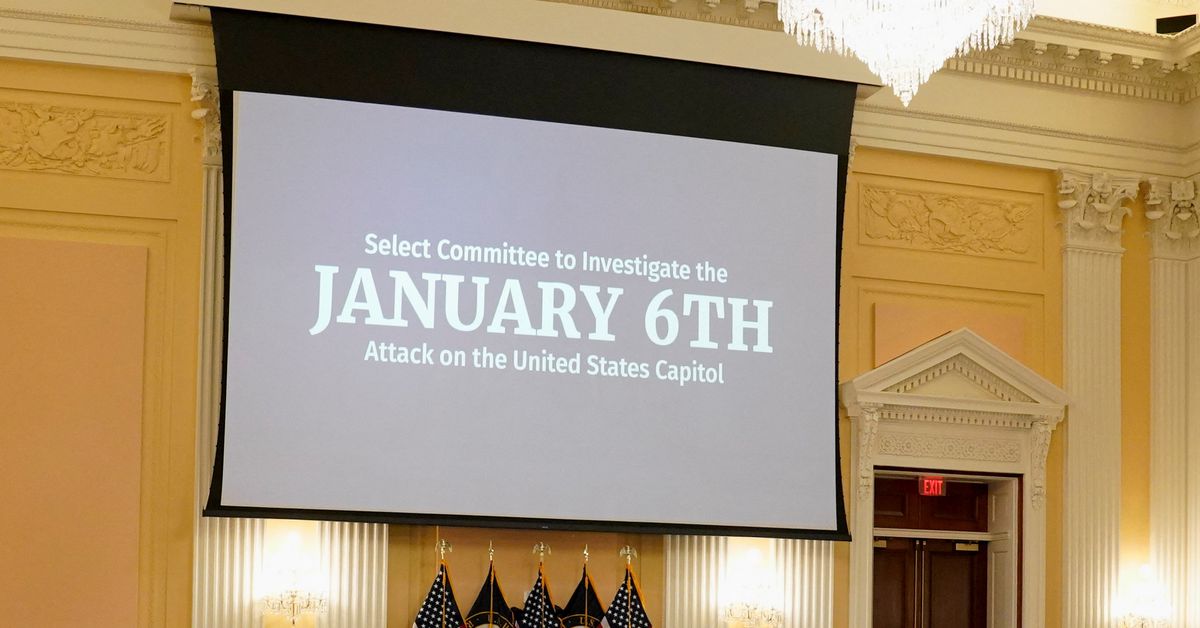 The U.S. House panel investigating the January 2021 attack on the U.S. Capitol will present evidence this week that former President Donald Trump was involved in a failed bid to submit slates of fake electors to overturn the 2020 election, a key lawmaker said on Sunday.
"We will show evidence of the president's involvement in this scheme," Democratic Congressman Adam Schiff, a member of the House of Representatives Select Committee, said on CNN's "State of the Union."

"We will also again show evidence about what his own lawyers came to think about this scheme, and we'll show courageous state officials who stood up and said they wouldn't go along with this plan to either call legislatures back into session or decertify the results for Joe Biden," he said.

Schiff's comments came as the Democratically-led committee prepares to hold its fourth public hearing on Tuesday on their investigation into the Jan. 6, 2021, attack and Trump's role in trying to block Congress from certifying Biden's election victory.

Evidence against Trump could potentially be crucial in an ongoing criminal investigation by the Department of Justice (DOJ) into the alleged fake elector plot.

In an interview with CNN earlier this year, Deputy Attorney General Lisa Monaco confirmed the department had received referrals about slates of alternative fake electors that were sent to the National Archives, and said prosecutors were reviewing them.

In March, the non-profit watchdog group American Oversight published copies of the phony electoral slates, which had been assembled by groups of Trump supporters in Arizona, Georgia, Michigan, New Mexico, Nevada, Pennsylvania, and Wisconsin.

Since then, the DOJ has convened a grand jury to subpoena witnesses and documents as part of the probe, multiple media outlets have reported.

Jamie Raskin, another Democratic member of the panel, told NBC's "Meet the Press" on Sunday that new information and tips kept coming in.

"There are still people who are turning over information to the committee," he said. "We know things this weekend that we didn't know last weekend."

Last week, the DOJ renewed a demand that the House Select Committee turn over transcripts of its interviews with witnesses, saying in a letter those transcripts could be relevant to ongoing criminal investigations and prosecutions.

The committee's failure to turn them over "complicates the department's ability to investigate and prosecute those who engaged in criminal conduct," the letter said.

Asked about the letter on Sunday, Schiff said that usually the two separate branches of government don't allow one another to "rifle through" each others' files.

However, he added: "When the Justice Department asks for things specifically... We work with them, and we will work with them here."

Trump, meanwhile, has continued to peddle false claims that the 2020 election was stolen. On Friday, he lashed out at former Vice President Mike Pence, saying he "did not have the courage to act" and reject the 2020 election results.

On Sunday, Adam Kinzinger, one of the two Republicans serving on the committee, said he received death threats aimed at him, his wife, and their baby.

"This threat that came in, it was mailed to my house," he said on ABC's "This week."

"We got it a couple of days ago and it threatens to execute me as well as my wife and five-month old child. Never seen or heard anything like that," he added.
#Donald Trump  #Joe Biden
Add Comment