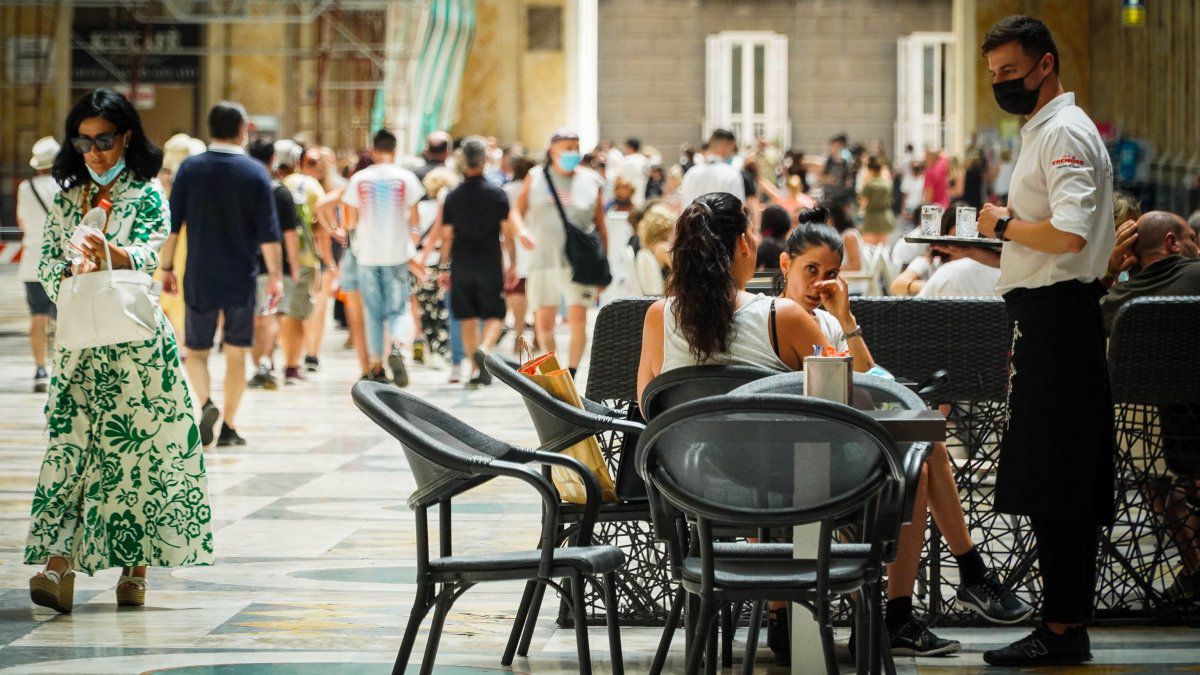 The text stipulates the obligation of the "green certificate", which shows vaccination, having passed the disease or a negative test.
As of August 5, in Italy it will be mandatory to show the coronavirus health certificate before sitting at the table in a bar or restaurant, among other entertainment venues, as announced today by the Government.

The Council of Ministers approved a decree in which the state of emergency is also extended for five more months, until December 31, amid a rebound in infections.

The text stipulates the obligation of the "green certificate" - which shows vaccination, having passed the disease or a negative test - to be indoors in places such as cinemas, bars, restaurants, theaters, museums, stadiums or concerts.

The certificate will not be necessary to consume at the bar or on the terraces.

Prime Minister Mario Draghi, for his part, pointed out that in this way "Italians will be able to continue having fun with the guarantee of being among people who are not contagious" and defended the decree as "a measure that gives serenity".

The Executive of Rome thus wants to contain the virus, which is on the rise in recent weeks, but also to encourage vaccination, and has resorted to this certificate like other countries, for example the France of Emmanuel Macron.

"I invite all Italians to get vaccinated immediately, they must protect themselves and their families," the prime minister encouraged after reviewing the benefits of the vaccine for the economy and for society, given that the number of deaths is at a minimum.

However, the approval of this decree, which must pass through Parliament, has divided the partners of his coalition, between those in favor of extending the use of the certificate, generally the left-wing forces, and those who wanted to use it as little as possible, like the far-right Liga.

As claimed by this party, the certificate will not be requested in public transport, although the Government undertakes to study this issue when the summer passes, starting in September.

On the other hand, it changes the criterion according to which the regions are cataloged by colors according to their restrictions and for them the number of infections or the speed of spread (Rt) will not be taken into account, but the hospital pressure.

Regions in yellow, of slight risk, will be considered those that have 10% of the intensive care beds occupied by covid patients; the oranges between 20 and 30%, and the red ones, that suppose confinement, if they exceed 30% of occupation.

At the moment all Italian regions are in the so-called "white zone", without restrictions, only the use of the mask in closed spaces.

The vaccination campaign is progressing in Italy and 28.7 million people have already completed the program, 53.17% of the population over 12 years of age.

Minister Speranza said that in recent weeks the health certificate has already been downloaded, on the phone or printed on paper, by more than 40 million Italians of the more than 60 million who have already received at least one dose of the compound.

The League said it was "satisfied" by this decree, since it does not oblige workers and students to be vaccinated, as it was raised, and assured that it will continue to ask for measures such as the immediate reopening of discos, which are still closed.
#Coronavirus  #vaccine  #Covid
Add Comment