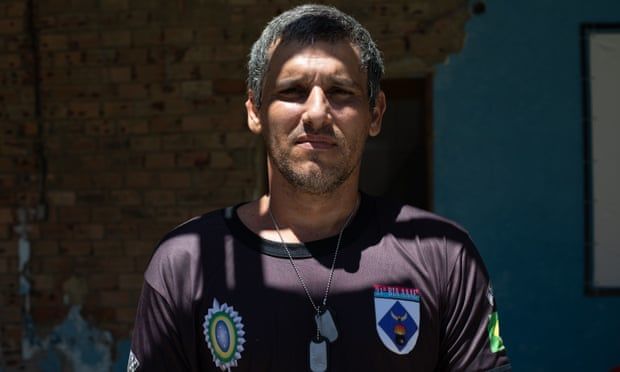 ‘It’s either kill or be killed’: the South Americans going to fight in Ukraine

From anti-communist groups in Brazil to former Colombian police, a broad spectrum are hoping to take up arms against Putin

Emílio Teixeira Alarcón thinks he knows exactly how he will feel after slaying his first Russian soldier.

“Mission accomplished,” shrugged the Brazilian army reservist. “In war, it’s either kill or be killed.”

“If I get someone in my crosshairs and don’t shoot, he might shoot me. It’s just like a game of paintball,” he added, as the mid-morning sun bathed his home in north Rio.

Paintball is the closest Alarcón, 43, has ever come to active combat. He served in his city’s 21st Field Artillery Regiment in the late 1990s before throwing himself into political activism and the battle against what he calls “the scourge of communism”. He has never left Brazil.

But with the outbreak of hostilities in Ukraine, Alarcón said he saw an unmissable chance to wage real-life war on the ideology he believes Vladimir Putin represents. “What’s happening is surreal … It’s put the whole world in danger,” said the Rio-born nationalist who runs an anti-communist group called ‘O Pesadelo de Qualquer Político’ (‘Any Politician’s Nightmare’). “That’s why the whole world’s mobilising to go there – Brazilians included.”

Alarcón, who has been fundraising for his mission since day one of the war, is not the only Latin American making plans to travel thousands of miles east to Ukraine’s frontline.

From Brazil and Argentina to Mexico and Colombia, volunteer fighters have voiced interest in joining – or already joined – Ukraine’s international legion for what they describe as a mix of ideological, humanitarian and financial reasons.

The volunteers range from battle-hardened veterans of Colombia’s US-backed “war on drugs” to Argentinian students who have never picked up a gun and Brazilian Instagram influencers who have been criticised for putting lives at risk by using the conflict as clickbait.

Uriel Saavedra, a former member of the Colombian police unit that protects government officials and VIPs, said he hoped to reach the battlefield within a fortnight after signing up to fight through a Colombia-based security firm.

“If someone wants me to go to war in Ukraine, well, obviously they’re going to have to pay – because the risk of coming back dead is so high,” said Saavedra, 40, who expects to receive $10,000-a-month from the company which recruited him and about 30 other veterans.

Saavedra, who saw the job advertised on a WhatsApp group for military and police veterans, recognised it was dangerous. “But we’re prepared. We can use any weapon they give us,” said the soldier of fortune who sees the war as a way of supplementing his $1,000-a-month state pension.

Brazilian reservist Isaías Diogo da Boa Morte said he was driven by anger at Putin’s ruthless assault on civilians. “It’s just so cowardly,” declared the 43-year-old who served with Alarcón and is part of his collective.

Boa Morte said his son was horrified. “Damn it, Dad, are you nuts?” he had asked. But the reservist was determined to travel, despite concerns about sub-zero temperatures. “We’ll be so full of adrenaline when we arrive we won’t notice the cold,” Boa Morte said as he sat beside a swimming pool in a Rio sports club wearing flip-flops and shorts. 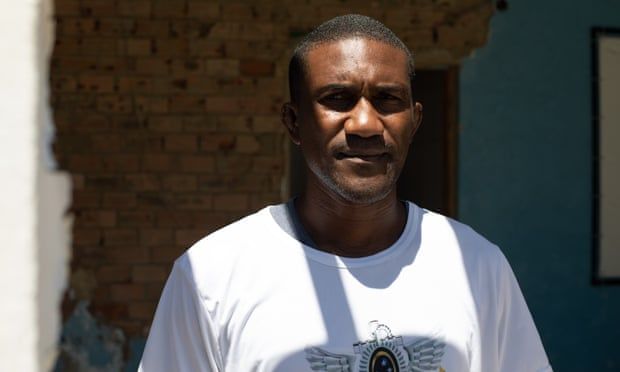 Isaías Diogo da Boa Morte, 43-year-old Brazilian reservist who is also planning to travel from his home in Rio de Janeiro to join the international legion in Ukraine.

Some Latin American legionnaires have already reached Ukraine, among them Tiago Rossi, a shooting instructor from south Brazil who claimed he had set off for his first war in early March, one day after turning 28.

Rossi, who said he was accompanied by two other Brazilians – a former infantryman and a former paratrooper – recalled meeting combatants from South American countries including Argentina, Chile and Colombia, whose mercenaries are coveted by contractors because of their experience fighting leftist rebels, paramilitaries and drug traffickers.

Rossi insisted he did not fear dying on a battleground more than 7,000 miles from his home in the city of Maringá: “I came here to fulfil my mission – if I die it’s because that’s how God willed it.”

But how such bravado will hold up in the face of the horrific realities of Ukraine’s conflict is unclear. Rossi said he had retreated into Poland after Russia bombed the Yavoriv military base where he was staying. He said he had no plans to return and would instead seek to help South Americans in Polish refugee centres. “I think I’ll be more useful here than over there [in Ukraine].”

Alarcón, who said he had more than 20,000 hours of shooting range experience, is still fundraising but hopes to set off soon. “My speciality’s using cannons and machine guns to shoot down planes – so I think we’d help make a difference,” said the army reserve artillery corporal, wondering whether the Guardian might ask wealthy readers to buy his group body armour and plane tickets.

On receiving a negative response, Alarcón said: “England has every interest in seeing Brazilians going there to help out. It’s much closer to Ukraine and Russia than Brazil … What happens if this nut job launches an atomic bomb?”

Many of the Brazilian volunteers appear to be disciples of Brazil’s far-right president, Jair Bolsonaro, a former paratrooper who is popular in the military rank and file. But Bolsonaro, who visited Moscow on the eve of Russia’s invasions and has seemed to take Putin’s side, has outraged some followers with his stance. 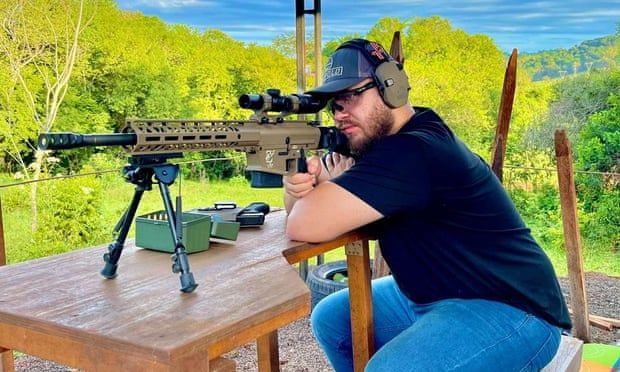 Tiago Rossi, a shooting instructor from south Brazil, who said he had set off for the Ukraine conflict in early March but returned to Poland after his base was bombed.

Alarcón vowed to never again vote Bolsonaro. “I wanted to shoot the television,” his father, Emílio Galdeano, 68, said of the moment he saw Bolsonaro voice “solidarity” with Russia, nine days before war.

Emílio Galdeano, a retired shooting range owner, said he was too old for combat but supported his son, despite fearing for his safety. “If he was a kid I’d tie him to the foot of the bed and give him a bit of a hiding with my belt. But he’s too old for that,” he sighed.

This week Alarcón believed he had taken a major step towards the theatre of war after a Kyiv entrepreneur launched a campaign to fly up to 50 Brazilians to Poland. “I’ve got goosebumps,” Alarcón celebrated after receiving the news. “I think help’s on its way for us.”