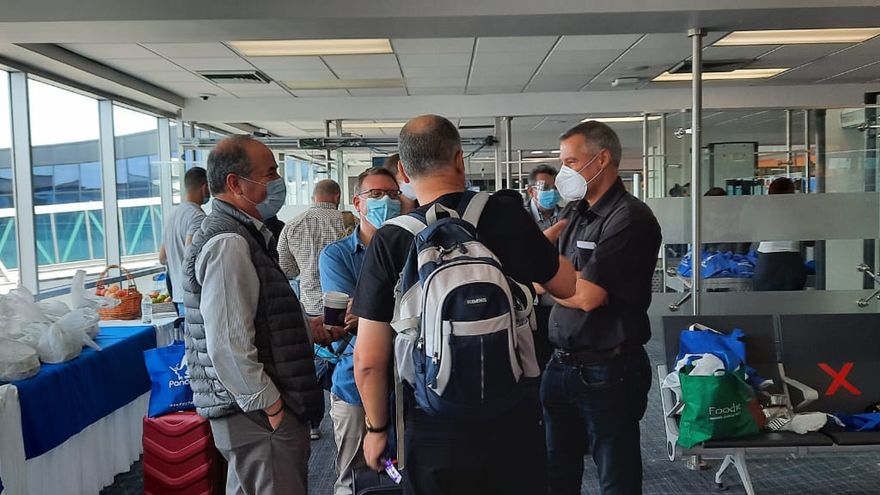 The Israeli authorities reported this Monday that as part of their massive vaccination plan they have summoned this week their diplomats in Latin America and their family to return to Israel to get the COVID-19 vaccine.
The Israeli ambassador in Panama, Reda Mansour reported that the Government of Israel chose the Tocumen International Airport to carry out this mission, as it is an important regional hub, which allows diplomats from Chile, Argentina. Brazil. Peru and the ambassadors of Mexico, Costa Rica, Colombia, Uruguay and Guatemala board a plane that will take them on a direct Panama - Israel flight.

It was detailed that a few weeks ago all foreign diplomats in Israel were vaccinated, including the team from the Panamanian embassy in Israel. In addition, the 200,000 countrymen who work in Israel began to be vaccinated.

So far in Israel more than half of the population is about to receive the second dose and 80% of citizens over 18 years of age have already received their vaccine, being the leading country in the world in vaccination.

The Israeli embassy, ​​the Tocumen International Airport and the Panamanian Tourism Authority took advantage of the presence of the diplomats to present couples wearing the typical Panamanian dress and gave some souvenirs to the diplomats, with the aim that Panama be considered as the next tourist destination

This will be the second direct Panama-Israel flight, after the humanitarian flight carried out last June where 150 Israelis returned to Israel.
#Costa Rica  #COVID-19  #vaccine  #Covid

Oh ya 36 days ago
With their past experience I am surprised the small hat people would volunteer to take a biological experimental agent. But hey fill your socks
View all comments (1)Add comment