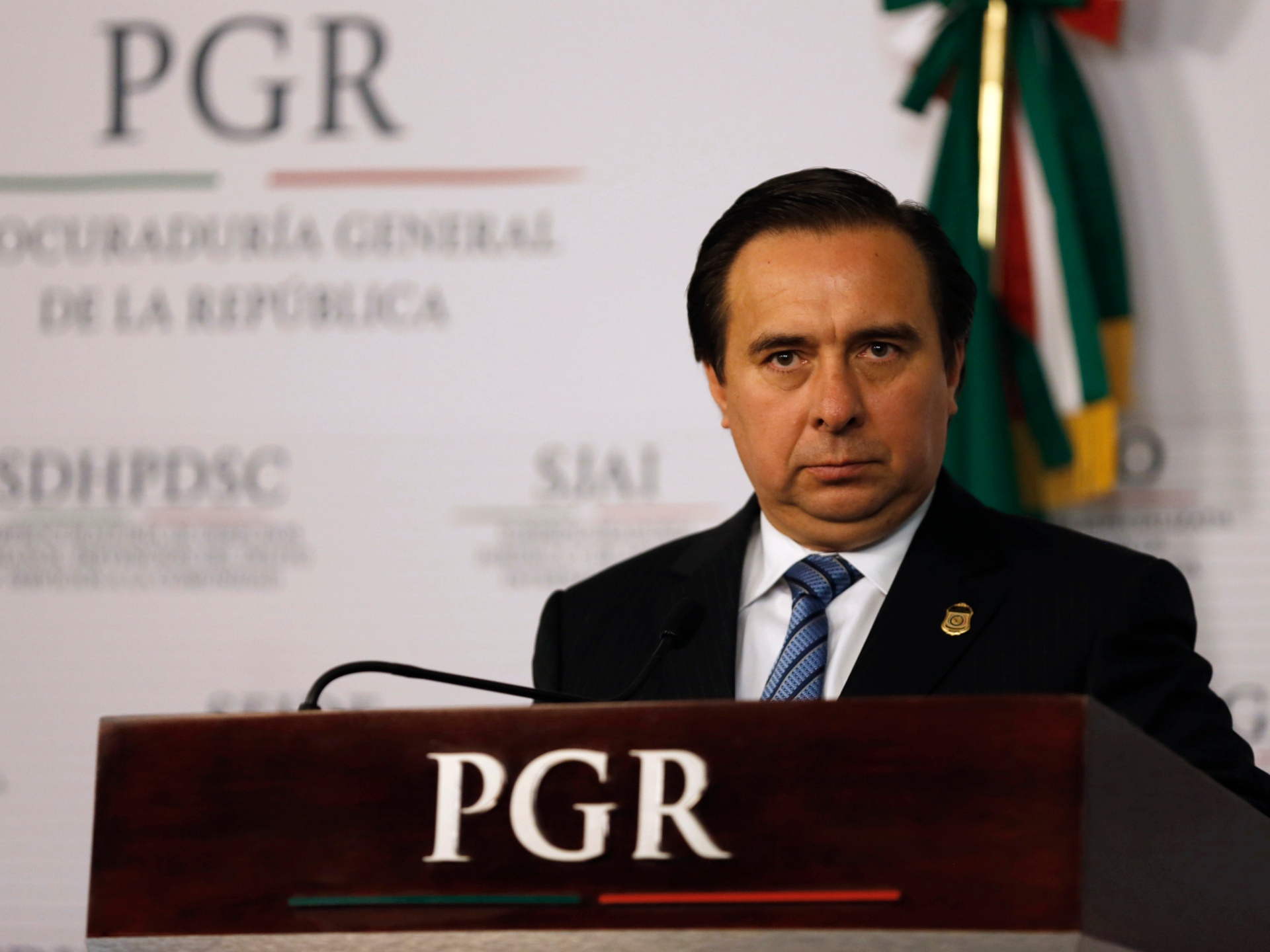 Tomas Zeron, who previously led Mexico’s Criminal Investigation Agency, has reportedly been in Israel for about two years.

Relatives of the 43 Mexican students who disappeared in 2014 have protested outside Israel’s embassy to demand the extradition of a former top investigator wanted in connection with the case.

Hundreds gathered outside the embassy in Mexico City on Wednesday with no visible police presence as some carried pictures of the missing students while others sprayed graffiti on the embassy walls.

Tomas Zeron, who previously led Mexico’s Criminal Investigation Agency, was accused of manipulating the probe into one of the country’s worst human rights tragedies. He has reportedly been in Israel for about two years.

Zeron is one of the architects of “historical truth” – the official version of the case presented in 2015 that was rejected by the victims’ relatives and independent experts.

“Israel is protecting Tomas Zeron, a human rights violator who tortured those he detained at the time to build the ‘historical truth,'” said Meliton Ortega, a representative of the students’ families.

“It is clear to us that the violence displayed during the demonstration, where they left the walls of our headquarters painted with offensive graffiti – here is written ‘Death to Israel’ – has no relation to the Ayotzinapa case,” he said in a video address in front of the embassy.

“Israel as a state of law must implement its international legal obligations while examining the request from Mexico, even when it is a request related to an open wound in Mexican public opinion,” he said.

Mexico has repeatedly asked Israel to hand over Zeron, who is accused of kidnapping, torturing suspects and manipulating evidence – allegations he has denied.

What happened to them?

The 43 teaching students had commandeered buses in the southern state of Guerrero to travel to a demonstration in Mexico City before they went missing.

Investigators say they were detained by corrupt police and handed over to a drug cartel that mistook them for members of a rival gang, but exactly what happened to them is disputed. So far, the remains of only three victims have been identified.

Last month, a truth commission tasked by the current government to investigate the atrocity branded the case a “state crime” involving agents of various institutions.

It said military personnel bore “clear responsibility” either directly or through negligence.

Last week, the government said an army general and two other military personnel had also been arrested.