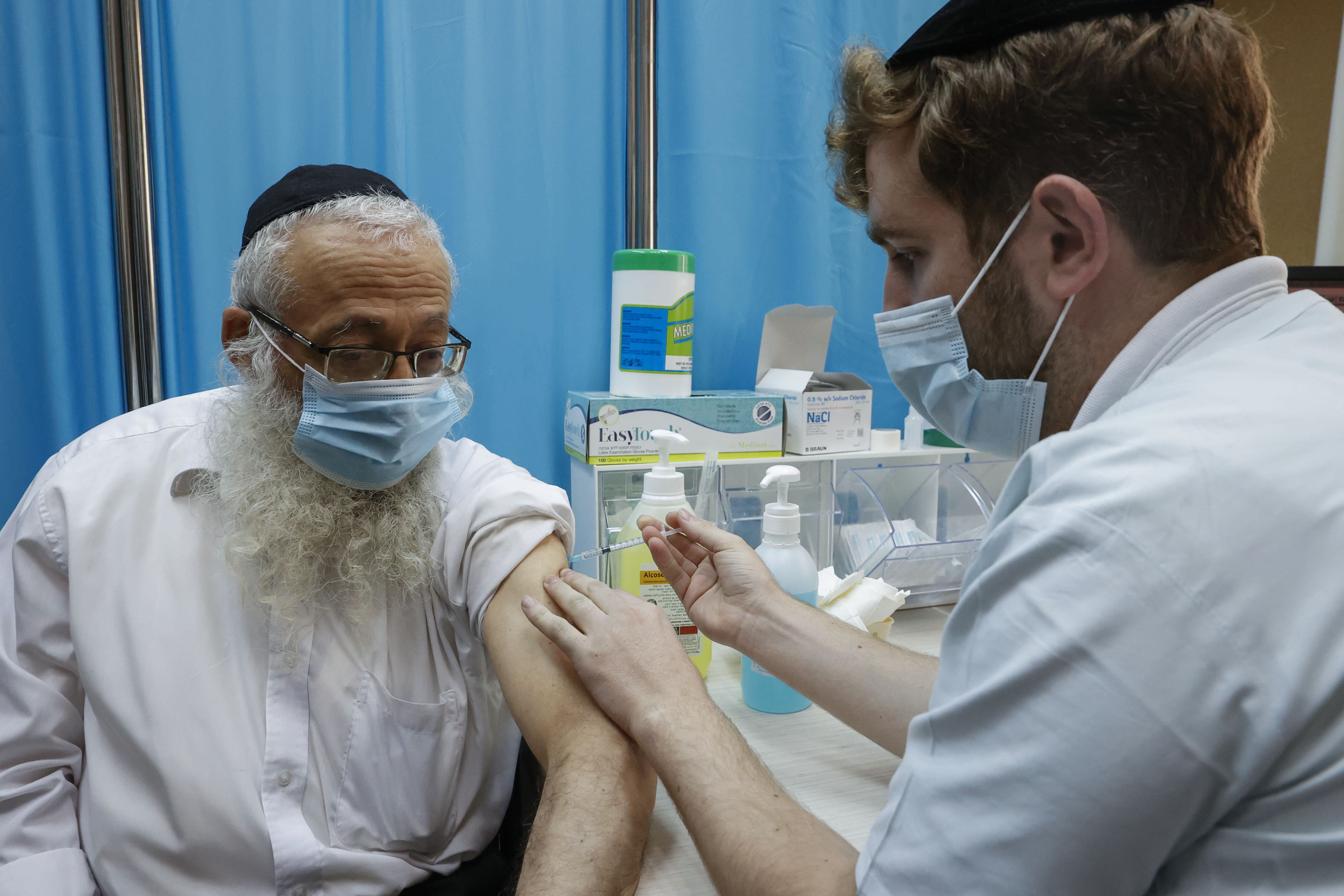 Israel is offering a third Pfizer shot amid spiking cases, even as the U.S. says it's not yet needed

Pfizer says its booster vaccine "has the potential to preserve the highest levels of protective efficacy against all currently known variants including Delta."

Israel will allow adults with severe pre-existing medical conditions to receive a third dose of the Pfizer vaccine against Covid-19, making it the first country in the world to do so.

The Israeli government’s decision comes as coronavirus infections rise due to the spread of the delta variant, but also stands in contrast to a recent statement from top U.S. health authorities regarding its own citizens that a booster shot isn’t actually needed.

Israel’s health ministry this week said that the booster will be offered to adults considered to be at risk, and specifically mentioned people with severe immunodeficiency or who have recently undergone an organ transplant.

It was not immediately clear whether the booster shot would also be made available to Palestinians living in Israeli-occupied territory.

Covid cases in Israel jumped to more than 400 per day in early July after staying in the single digits for most of June — despite the fact that the country has been praised for executing one of the fastest vaccination campaigns in the world. More than 5 million of its 9 million citizens have been fully vaccinated against the disease.

But after fully reopening its economy in the spring, Israel has brought back some restrictions, including mandatory mask-wearing indoors and on public transport.

Still, despite the rise in case volume, Israel’s health ministry said during the first week of July that only 47 of the 4,000 registered active cases in the country were considered serious.

Meanwhile, the debate continues as to whether a third dose of any vaccine is necessary and will make a significant difference in protecting people from the virus. Health officials in the U.S. don’t take that to be the case so far.

“Americans who have been fully vaccinated do not need a booster shot at this time,” the U.S. Food and Drug Administration and Centers for Disease Control said in a joint statement on July 8.

“We continue to review any new data as it becomes available and will keep the public informed. We are prepared for booster doses if and when the science demonstrates that they are needed.”

In a press release issued on the same day, Pfizer and BioNTech said that a third dose of their vaccine “has the potential to preserve the highest levels of protective efficacy against all currently known variants including Delta.”

The American and German companies are currently developing a new version of their shot “that targets the full spike protein of the Delta variant,” the statement said.

Pfizer has said it would request regulatory approval for its booster shot, while some countries where Chinese-made vaccines were widely administered are now offering a Pfizer booster amid doubts over the efficacy of Chinese vaccines. Bahrain and the United Arab Emirates are among the countries now offering a Pfizer booster for people who have received two doses of China’s Sinopharm, despite the jury remaining open as to whether the practice is ultimately safe.

“It’s a little bit of a dangerous trend here … we’re in a data-free, evidence-free zone as far as mix and match (of vaccines),” she said during a press conference.

“There is limited data on mix and match, there are studies going on, we need to wait for that, maybe it will be a very good approach, but at the moment we only have data on the AstraZeneca followed by Pfizer. So, it will be a chaotic situation in countries if citizens start deciding when and who should be taking a third and fourth dose.”

Criticism over vaccine delivery to Palestinians

The West Bank’s ruling Palestinian Authority in June canceled a vaccine swap deal with Israel, under which it would have received 1 million doses of an ageing stock of Pfizer vaccines from Israel that needed to be used up, and would in exchange give Israel a similar number of Pfizer doses it planned to receive from the company later in the year.

But the stock’s expiry date was in June — the same month it was meant to be delivered to Israel — and the Palestinians rejected them, saying they were initially told the shots would expire in July and August. Israel denies this and says they were clear about the expiry dates.

Israel in January sent 5,000 vaccine doses to Palestinian health workers living in the West Bank, which rights activists and Palestinians say is insufficient and a dereliction of Israel’s duty of care as an occupying state.

Just over 30% of eligible Palestinians in the West Bank and Gaza have received at least one vaccine dose, Palestinian officials say, largely thanks to the COVAX vaccine sharing initiative and donations from various countries.

Oh ya 443 days ago
Go ahead if your over 18 to take as many of these DNA gene therapy shots as you want until it kills you. It is obvious you do not have at least 2 working brain cells. I see you daily driving around by yourself in the car with your mask on. Like someone once said.. Pity the fool
View all comments (1)Add comment