At least two people have been killed and several others injured in a crowded bar and restaurant district in Tel Aviv. Police have already called the shooting incident a terrorist attack.

Hours after the shooting, the suspected gunman remained at large. Hundreds of Israeli police officers, canine units, and army special forces were conducting a massive manhunt in central Tel Aviv, searching building by building through the densely populated residential neighbourhoods.

Amichai Eshed, the Tel Aviv police commander, said the shooter opened fire into a crowded bar at around 9pm (18:00 GMT) and then fled the scene.

“Our working assumption is that he is still in the vicinity,” Eshed told reporters. “As of right now, there are indications pointing to this being a terrorist attack, but I have to be very delicate about this and say that we are also checking other leads.”

Live footage from Israel’s Kan broadcaster showed police flooding the area and training their guns on the upper story of a building. It also showed an explosion of some kind.

Two of the wounded later died, The Times of Israel reported, citing officials at Ichilov Medical Center. The hospital was treating eight others – four who were in “critical condition” and undergoing surgery.

The motive for the shooting was not immediately clear, but tensions have soared following recent attacks by Palestinians that killed 11 people in Israel.

Outside a café where shattered glass carpeted the ground outside the entrance, a man comforted a woman sitting on a barstool.

“It’s an atmosphere of war. Soldiers and police are everywhere,” said Binyamin Blum, who works in a restaurant near the scene of the attack.

Update:
Israeli security forces found and the terrorist, Raed Fathi Hazem from Jenin (رائد فتحي حازم من جنين) hiding in Jaffa, and killed him right after he start  shooting at them. 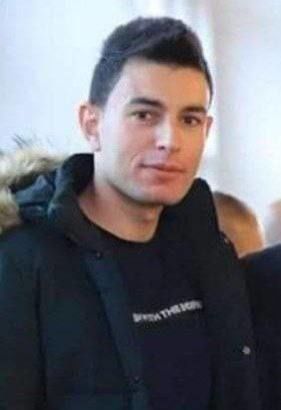