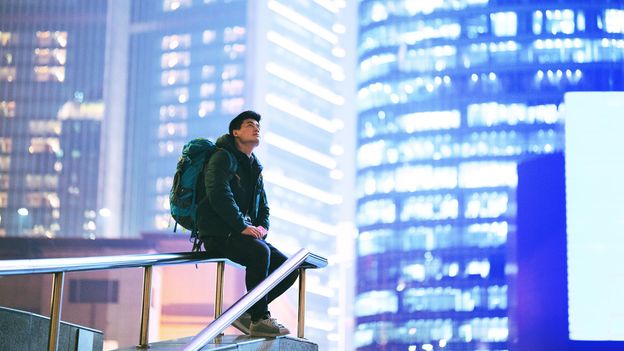 Are we actually on the brink of remote workers scattering across the globe en masse – or are predictions of the new, great digital-nomad movement overblown?

The words “digital nomad” generally conjure the image of a millennial expat in Costa Rica, peppering Instagram with selfies in a hammock, a computer in one hand and piña colada in the other. The caption: office for the day.

Now, however, with vaccines rolling out and workers beginning to make decisions in a post-pandemic reality, an increasing number of people may be embracing the digital-nomad lifestyle – and not just young workers posing under palm trees. Globally, the rise of a large, new group of travelling, remote workers is one of the prevailing narratives about a Covid-19-reformed work world.

Some moves by major travel-industry players add fuel to this prediction. Looking towards a post-pandemic future, Airbnb has shifted its focus from short-stay accommodation to long-term rentals – a month or more, for example – for getaways and workcations, even after the age of ‘social distancing retreats’ has ended. The company believes many people might not just continue to work from home – they’ll work from beach cottages, forest cabins and suburban houses outside expensive city centres.

But is this an overblown prediction? Possibly not. The remote-work genie is out of the bottle: workers desire room to roam more than ever, and have more resources to do so than before. However, some experts say that we shouldn’t expect everyone we know to pick up and go: only some groups of workers at specific types of jobs will really be able to embrace a digitally nomadic lifestyle, leaving others behind. It’s also unclear how many people will actually take the jump if afforded the opportunity.

There is, however, certainly confidence that the digitally remote workforce is growing in some form – here, there and everywhere. But who exactly will be able to partake likely comes down to who’s privileged enough to do so.

There’s never been more interest in digital nomadism – “people who choose to embrace a location-independent, technology-enabled lifestyle that allows them to travel and work remotely, anywhere in the Internet-connected world".

And not all digital nomads are stereotypical beach-dwelling backpackers with laptops, stringing together creative freelance gigs. As interest in digital nomadism has spiked during the pandemic, the term is increasingly becoming more expansive – a sort of new, updated, modified digital nomad. These workers may feel far more familiar: people who work a standard, full-time 9-to-5 at a large corporation.

Throughout the pandemic, many ‘conventional’ workers have already begun to move towards digitally nomadic set-ups. From Sweden to the US, workers have flocked to wi-fi-equipped cottages and cabins to work remotely for lockdown-friendly, manager-approved staycations. 'Quarantine apartments' and 'social distancing retreats' lured remote workers from miles away seeking more space for a few weeks – or a few months. In the first quarter of 2021, Airbnb reported the amount of long-term stays (at least 28 nights) nearly doubled year-on-year. 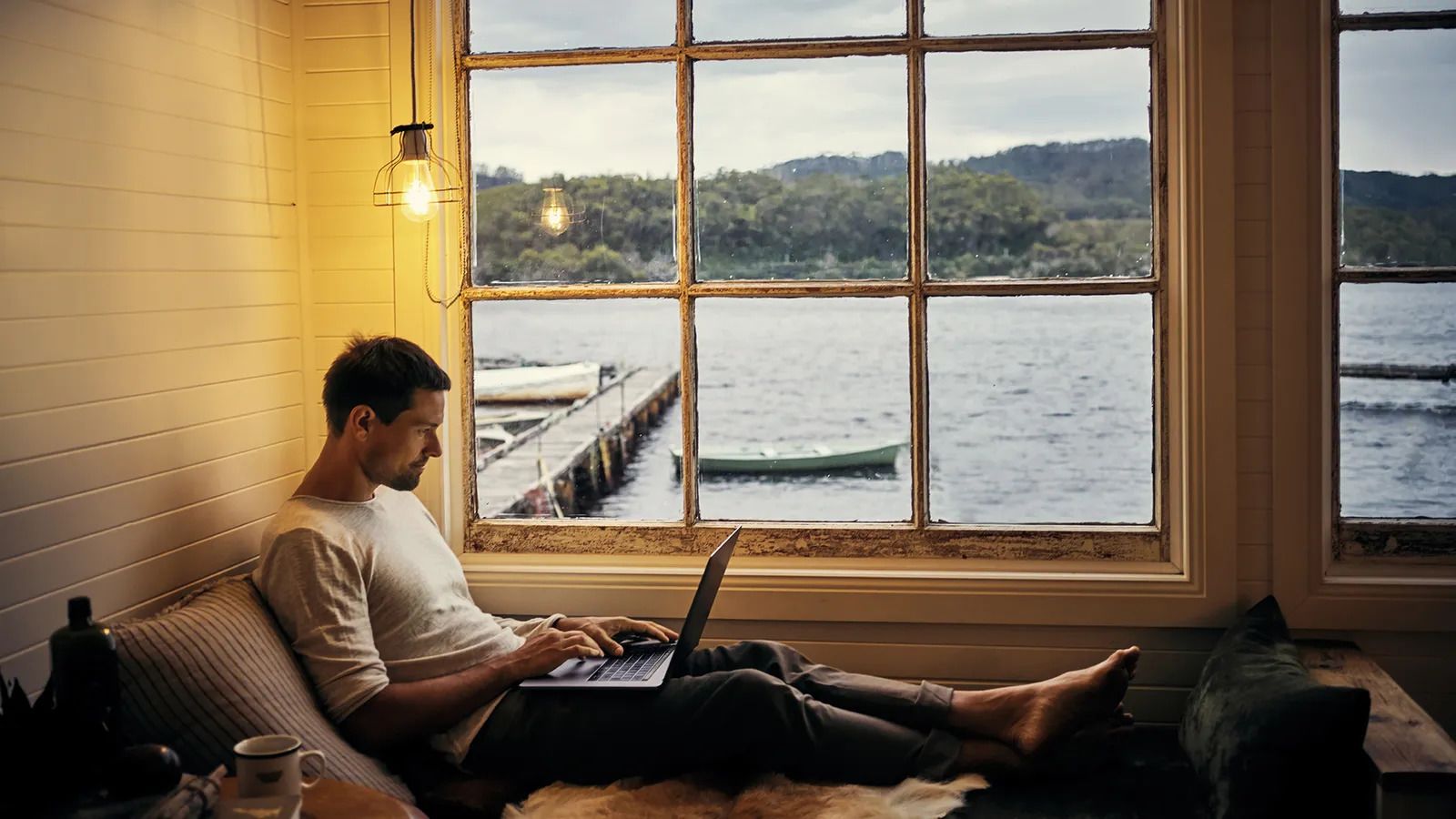 One study shows that in mid-2020, the digital-nomad population in the US exploded 50% from 2019, up to 10.9 million from 7.3 million. And, as more workers turn nomadic, the lifestyle has mainstreamed: telling your family or company you want to move around while you work might have drawn sceptical looks in the past, but the idea doesn’t seem so far-fetched now – especially as some companies are increasingly allowing their staff to work remotely indefinitely.

Data on worker desires chimes with this increased interest in digitally nomadic lifestyles. Surveys around the world have shown that most workers want to continue to work remotely in some way – be that at home, at a seaside cottage, at a ranch house in a far less pricy suburb than the city they were living in before or in a different country altogether.

“I don’t see any reason why that wouldn't continue to be the case in the future,” says Robert Litchfield, associate professor of economics and business at Washington & Jefferson College, US. He is the co-author of a book about digital nomads with Rachael Woldoff, professor of sociology at the University of West Virginia, US. They point out that any shift towards nomadism would be in line with trends that emerged long before the pandemic: a survey of 15,000 Americans back in 2017 showed that 43% were already working remotely at least some of the time, a number that ticked up 4% from 2012.

“People don't live where their work is, but work where they live – that was the idea” that was reinforced during the pandemic, adds Olga Hannonen, a postdoctoral researcher at the University of Finland who studies digital nomads.

But, although interest is skyrocketing, and some workers are actually trying on nomadism, some experts are sceptical that the workforce will suddenly be filled with permanent digital nomads, as daily life in many countries starts to stabilise.

Even if there is a mass shift towards digital nomadism, the move won’t be demographically equal

“This idea that people are going to be long-term nomads is very unrealistic,” says Erin Kelly, professor of work and organisation studies at the Massachusetts Institute of Technology. “I think most people want to have homes and know their neighbours, and be based in a certain place.” While she expects that some industries will welcome nomadism among staff – sectors like IT that already have a global labour chain, she says – “I don't think we're going to see that writ large”.

Even if there is a mass shift towards digital nomadism, however, the move won’t be demographically equal. The opportunity and ability to slip into an on-the-go working lifestyle simply isn’t available to everyone.

“These people don't think that they're rich, but if your family can send you a plane ticket to bail you out if you're in Thailand and you’re in a tough place, that's a huge privilege.”

“With every study about digital nomads, this question [of inequality] is raised,” says Hannonen. “At the moment, being a digital nomad is a very Western phenomenon of people who can travel the world,”; becoming one is a symbol of a “privileged lifestyle”.It's easier for some people to become digital nomads, and harder for others, domestically or internationally, pre- or post-Covid-19.

Thompson also points out that most digital nomads are white. That tracks with new research from the Economic Policy Institute, which shows that in the US, one in four white workers are able to work from home – that's compared to one in five black workers, and one in six Hispanic workers. The organisation found disparity across education levels, too: one in three workers with a bachelor's degree were able to work from home during the pandemic, compared to about one in 20 workers with only a secondary-school education.

Thompson believes that if more of the workforce became nomads, this would reinforce inequality. Because of deep systemic inequalities that have existed for decades that have led to poorer people and people of colour being put on a track the leads to worse education levels and worse-paying jobs, they’re less likely to find a job that allows remote work in the first place, let alone allow them to work long-term in a different location. A full-scale nomad workforce could just keep that cycle going, giving more privileges and perks to already privileged people. 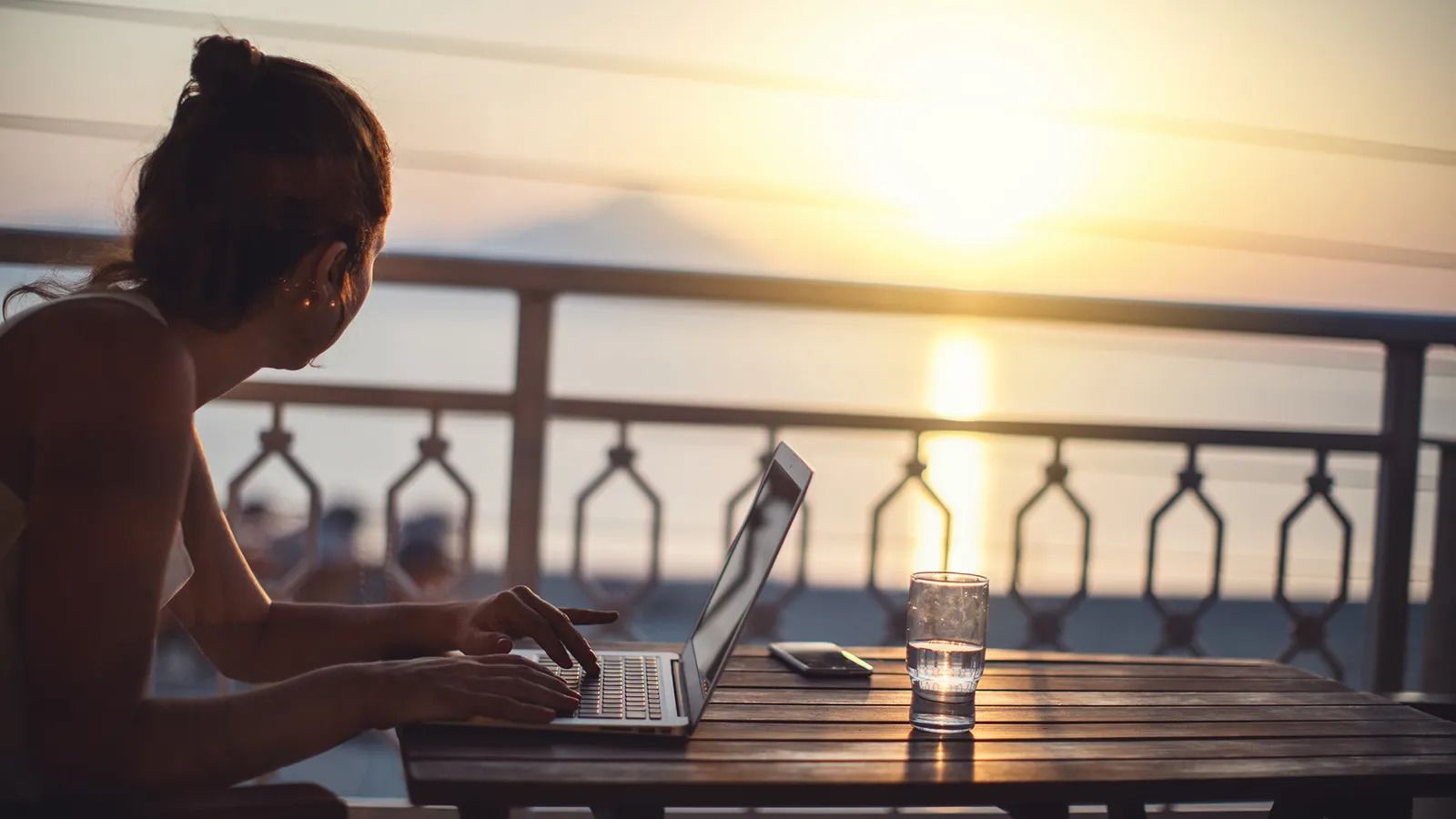 Being able to travel and work remotely in a different city or country is a privilege, which is why widespread digital nomadism is inaccessible to all, experts say

And even among the well-paid, white, knowledge-economy workers that make up the majority of teleworkers, the only people who could truly become digital nomads – who maybe live in a far-flung locale and then come into the office once or twice a quarter – are senior-level executives, explains Susan Lund, a partner at Washington, DC-based McKinsey & Company who researches labour, economic development and remote work.

Companies will be more willing to accommodate the powerful, high-earning top brass, she says. That may depend on the situation, though – Litchfield and Woldoff say they interviewed more junior workers for their book who were surprised to get retention offers from their bosses when they said they’d quit if they couldn’t work remotely long term.

Still, digital nomadism aside, Lund says that based on McKinsey research, “60-70% of the workforce has zero opportunity” to work remotely at all. Most people are “cutting hair, they're caring for patients, they're in a manufacturing setting where you're working machinery or in a laboratory working with specialised equipment”.

"Definitely, there is an issue of equity," says Lund. "It is college-educated, office-based, white-collar workers predominately that can do this."

Experts say that some industries definitely will have more digital nomads among their staff after the pandemic. But they add that a huge shift towards digital nomadism across the board probably won't happen.

A more likely outcome is that more workers might end up in situations where their organisations implement a hybrid work schedule that forces them to come into the office at least sometimes, and workers might relocate based on that requirement. If people do want to relocate, Lund believes it’ll just be a bit further away from the office, but still in commuting distance. “I think there is this [trend of people] spreading out to smaller towns and rural areas – but still not, ‘I want to go to Croatia’ or ‘I want to live in Aspen’,” she says.

Even if the number of people who can live indefinitely in a Lisbon Airbnb for months on end increases after the pandemic, the privilege to do so still remains only with tiny group.

Overall, says Kelly, “I would say 100% remote work is a possibility for some employees, and maybe feasible in some industries, but it’s not going to become the new normal.”