It is Iran versus the United States in the Qatar World Cup 2022 on Tuesday.

There’s survival at stake. But for the majority of the millions tuning in across Iran, it will be difficult to focus on just the football. The reason is not just the sour political relations between the two countries.

The two sides last met during the 1998 World Cup in France. That was the first match they played against each other since Tehran and Washington cut ties after Iran’s 1979 revolution.

But any concerns of tensions showing on the pitch dissipated after the Iranian players handed bouquets of white roses to their opponents and both sides had a group photo taken.

There were celebrations on the streets of Tehran when goals by Hamid Estili and Mehdi Mahdavikia secured a 2-1 win. That was also Iran’s first win at a World Cup match.

On Friday, Iran beat Wales in dramatic fashion. It gave the players a much-needed boost after suffering a 6-2 thrashing in their opener against England.

A win over the US would help the team move to the knockouts for the first time ever.

But the players and the management know it is not all about football.

Iran continues to be gripped by protests that began more than 70 days ago, during which more than 400 people, including more than 60 children, have been killed, according to human rights organisations.

The protests began after 22-year-old Mahsa Amini died following her arrest by the country’s morality police for allegedly not adhering to a mandatory dress code.

Protests that still bear her name and the slogan “woman, life, freedom” have made their way into the World Cup as well.

Some Iranians expected Team Melli players to join other current and former athletes and use their high profile at the biggest international football theatre to express unequivocal support for the protests.

Captain Ehsan Hajisafi implicitly expressed solidarity with the protests during a news conference in Doha last week. The players refused to sing along with the national anthem ahead of the opener against England.

But their rhetoric has been focused solely on football since, and they sang the anthem ahead of the Wales match.

There were calls for street protests in Iran following the England match. But demonstrations were very limited amid a heavy presence by security forces and a severe slowdown in internet connections that came on top of significant internet restrictions that have been in place since shortly after the protests began.

After the win against Wales, there were street celebrations supported and encouraged by security forces.

The same police in riot gear that have become a familiar sight during the crackdown on protests were this time filmed waving flags, riding their motorcycles, and even playing music in the streets. State-affiliated news websites published images of cheering women without the mandatory headscarf in a big break with their policies during normal times.

And authorities continue to focus their rhetoric on the importance of using Iran’s current national flag as protesters abroad display flags used before the revolution during demonstrations in a show of defiance.

Iran on Monday lodged a complaint to FIFA over the removal of the word “Allah” from the Islamic Republic’s flag on social media posts by the US, which the latter admitted came as a show of support for the protests.

Meanwhile, Iran’s top officials continue to publicly accuse the US of being the main driving force behind “riots” and “terrorism” in the country, something Washington has denied. 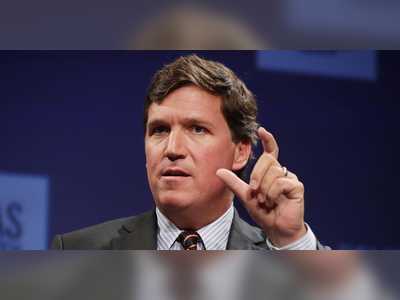 Fox News host Tucker Carlson compared Justin Trudeau to Fidel Castro and said he was "completely in favor of a Bay of Pigs operation" in Canada. 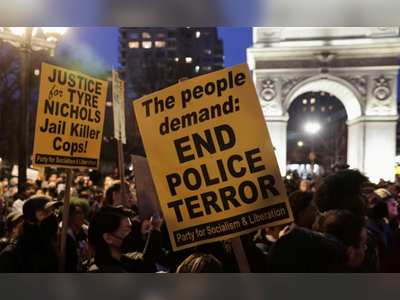 Five officers involved in the beating, all Black, were charged on Thursday with murder, assault, kidnapping and other charges. All have been dismissed from the department. 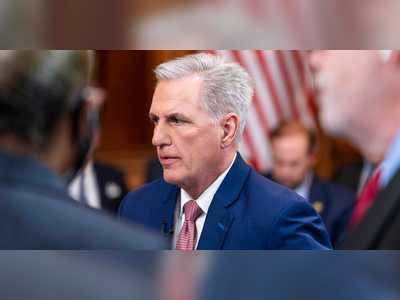 McCarthy appeared on the CBS program "Face the Nation" ahead of a Wednesday meeting with President Biden where the two will discuss the debt limit. 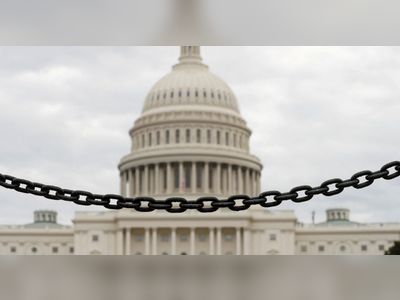 President Joe Biden and House of Representatives Speaker Kevin McCarthy will meet at the White House on Wednesday for talks in the standoff over the federal debt ceiling and pro... 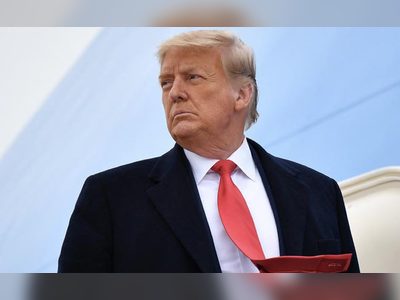 In contrast to the raucous rallies in front of thousands of devotees that Trump often holds, Saturday's events were notably muted. 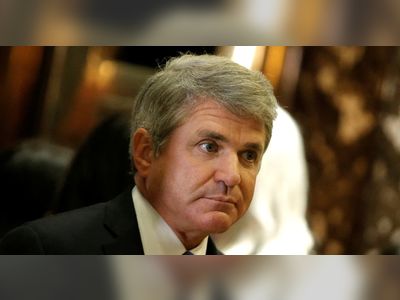 A top Republican in the U.S. Congress on Sunday said the odds of conflict with China over Taiwan "are very high," after a U.S. general caused consternation with a memo that warn... 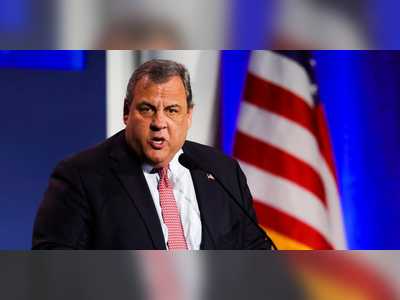 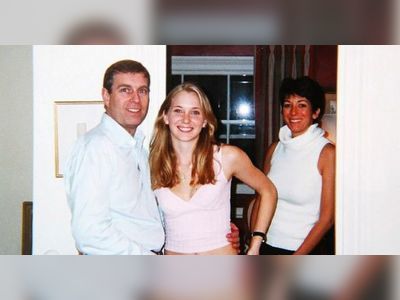 Evidence ‘proves’ infamous Prince Andrew photo is not a fake

New evidence has emerged that proves the infamous picture of Prince Andrew and a teenage Virginia Giuffre is authentic, it has been reported. 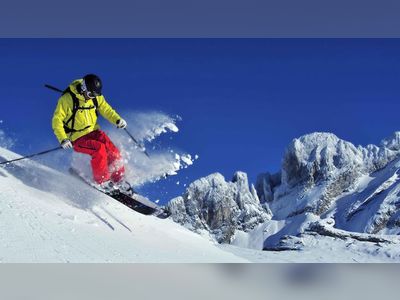 From the Swiss Alps to the Rocky Mountains, ski resorts are grappling with the impacts of climate change. How are they adapting in a warming world? 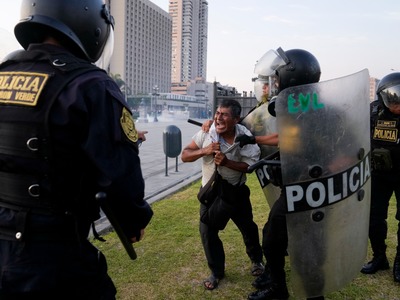 Peru has been embroiled in a political crisis with near-daily protests since December 7.