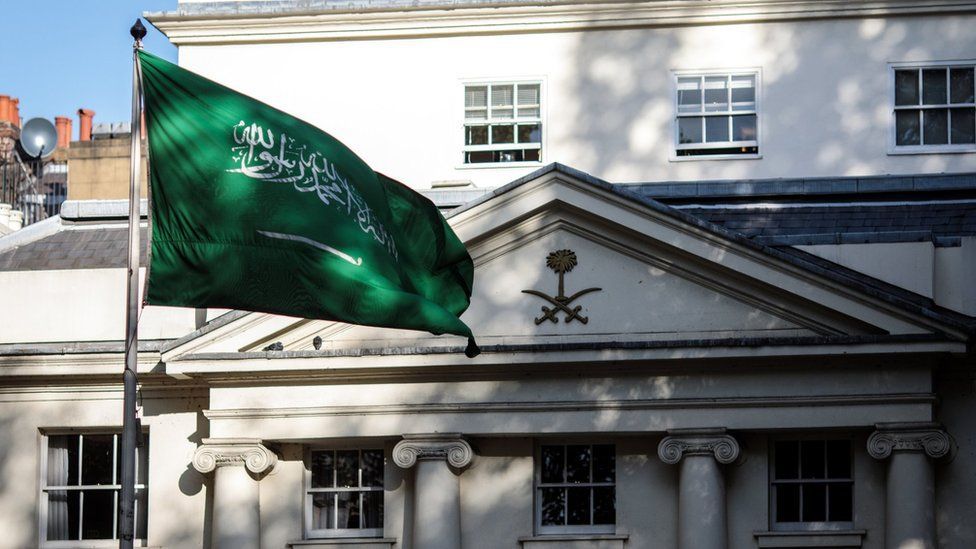 Diplomats are normally protected from both criminal charges and civil cases in the countries where they are posted.

But the court found a Saudi diplomat accused of exploiting a Filipina domestic worker in London did not have immunity in relation to the allegation.

The decision paves the way for the woman to seek compensation.

Lawyers said it was the first ruling of its kind in the world.

The case was brought by Josephine Wong, 30, who alleges she was forced to work for Khalid Basfar and his family in conditions of modern slavery.

Her lawyers say she was confined to the house at all times except to take out the rubbish, subjected to verbal abuse, and given only left-over food to eat when her employers were at home.

She alleges that she was made to work from 07:00 until around 23:30 every day of the week, with no days off or rest breaks, and that she was forced to wear a door-bell so her employers could summon her at any moment.

She alleges that after being brought to the UK from Saudi Arabia in 2016, she was not paid anything for seven months. She says she was then paid about £1,800 for six months' work in one lump sum - a fraction of her contractual entitlement - and after that not paid again.

Ms Wong managed to escape in 2018 and brought a claim against Mr Basfar in an employment tribunal.

He argued that Ms Wong's claim should be struck out on the basis of his diplomatic protection.

Under article 31 of the Vienna Convention on Diplomatic Relations, diplomats enjoy immunity from criminal prosecution. But any commercial activity outside their professional work can be the subject of civil claims.

The UK Supreme Court's justices have now ruled - by a majority of three to two - that if the facts of the case are proved, Mr Basfar does not have diplomatic immunity because his alleged exploitation of her amounted to commercial activity.

In a summary of its judgement, the court said: "The extent of control over Ms Wong's person and dominion over her labour exercised by Mr Basfar on the assumed facts of this case was so extensive and despotic as to place her in a position of domestic servitude.

"Further, on the assumed facts Mr Basfar gained a substantial financial benefit by deliberately and systematically exploiting Ms Wong's labour for almost two years, initially for a fraction of her contractual entitlement to wages and latterly for no pay at all. This conduct is accurately described as a commercial activity practised for personal profit."

The court also noted: "There is evidence that exploitation of migrant domestic workers by foreign diplomats is a significant problem, so that the question raised on this appeal is one of general importance."

Anti-slavery campaigners have welcomed the ruling.

Ms Wong's lawyer, Nusrat Uddin, told the BBC: "It's justice at last for our client. And for all of the potential victims at risk of being exploited by diplomats. It allows recourse to take legal action and that's extremely empowering.

"We hope that this will act as a deterrent and that other countries - for example the United States - will take the UK's lead on this."

James Fookes, Anti-Trafficking Monitoring Group Co-ordinator at the charity Anti-Slavery International, said in a statement: "We don't know the full extent of abuse and exploitation of domestic workers in the UK, but this ruling is the first of its kind in the world and will shine more light on this serious issue and will hopefully lead the way to greater protection."

Mr Basfar's solicitors declined to comment on the ruling. There was also no immediate response from the Saudi embassy in London.
Add Comment