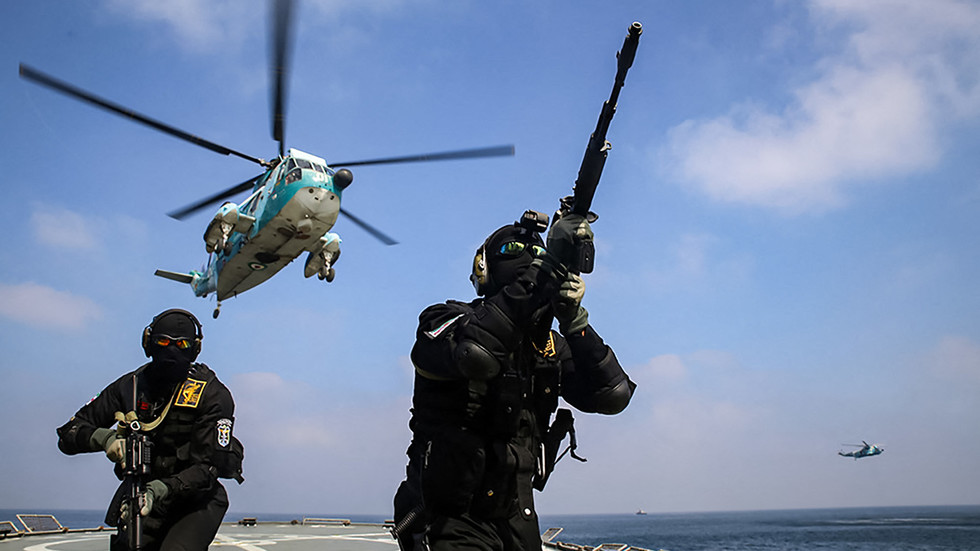 Iran can respond to America’s ‘other options’, top official replies after Biden says he’s ready to act should diplomacy fail

US President Joe Biden said the US can turn to “other options” should negotiations with Iran fail. A senior Iranian official responded, saying it’s an illegal threat and that Tehran has the right to respond in kind.

The warning from Tehran was voiced on Saturday by the secretary the Supreme National Security Council, Admiral Ali Shamkhani, who tweeted it in Farsi, English, Hebrew, and Arabic.

He noted the “emphasis on using ‘Other Options’ against Iran” expressed during a meeting between President Biden and Israeli Prime Minister Naftali Bennett at the White House on Friday. The signal was “an illegal threat to another country” that “establishes the Islamic Republic of Iran’s right to reciprocal response to ‘Available Options,’” Shamkhani said, adding the hashtag #ActiveResistance.

The response was to the assurances given by Biden to Bennett that the US won’t hesitate to take action against Iran should the preferred path of diplomacy prove to be fruitless.

“If diplomacy fails, we’re ready to turn to other options,” the president said, without offering specifics.

The meeting in Washington came one day behind schedule after a delay due to the terrorist attack in Kabul on Thursday, which killed over 170 people, including 13 US troops. The first one-on-one meeting between the newly-elected leaders was meant to smooth the tensions that festered under Bennett’s predecessor, Benjamin Netanyahu. The former prime minister was a vocal critic of the Obama-era multilateral nuclear deal with Iran, and Biden’s attempt to negotiate its revival after Donald Trump’s withdrawal from the agreement.

The rift was exemplified by a reported lack of intelligence cooperation between Netanyahu’s government and the Biden administration. According to the New York Times, the Israelis didn’t inform the US about their planned attack on Iran’s Natanz nuclear site in April until the very last moment, giving the Americans no opportunity to call it off, should they have wanted to. Israel has not claimed responsibility for the act of sabotage.

The Biden administration and Iran have been conducting indirect talks in Vienna for months, but no breakthrough has come out of it. The 2015 agreement, known as the Joint Comprehensive Plan of Action (JCPOA), became increasingly meaningless after Trump unilaterally withdrew from it in 2018, and targeted Iran with crippling economic sanctions.

Tehran started reneging on its part of the bargain a year later, saying that other Western signatories of the deal failed to adequately compensate for the damage done to Iran by the US move. Under the JCPOA, Tehran agreed to restrict its nuclear industry in exchange for sanctions relief and lucrative business opportunities.

The lack of trust between Iran and the US was highlighted by the supreme leader of Iran, Ayatollah Ali Khamenei, who held his first formal meeting with the incoming conservative government on Saturday. He stressed that no administration in Washington should be trusted, regardless of who is in charge of it, saying, “There is a predatory wolf behind the scenes of US foreign policy that sometimes turns into a cunning fox.”