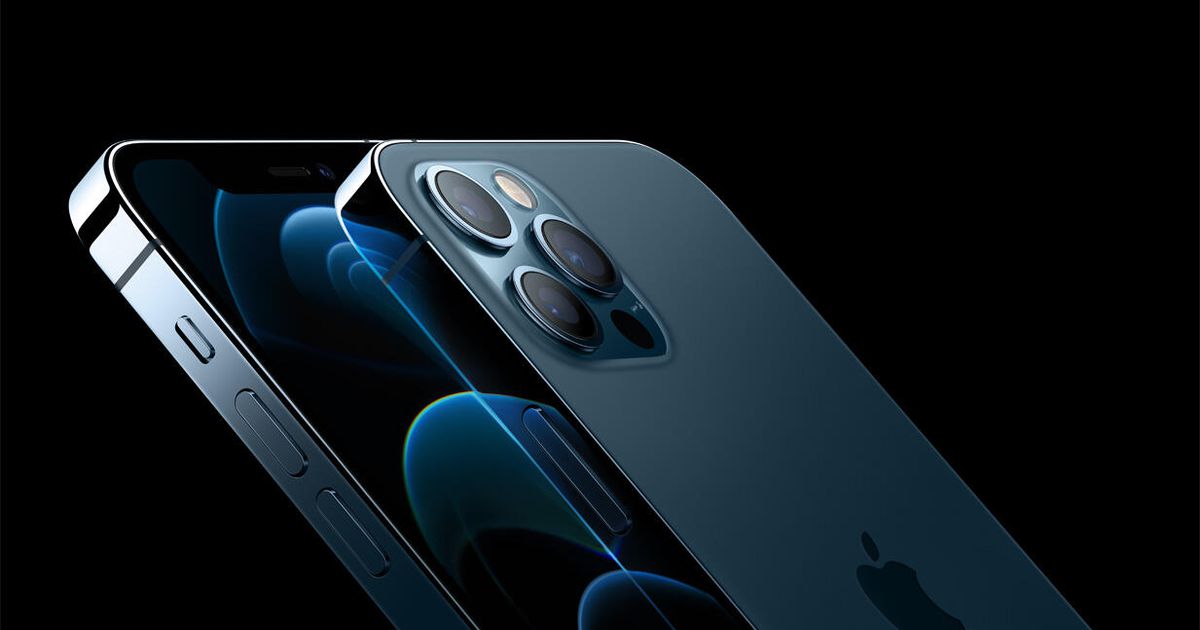 No, your current iPhone won't work on superfast 5G networks. But Apple's new lineup -- four devices in total -- will.

The two middle phones go on sale next week (preorders begin this Friday), while the Mini and Max arrive in mid-November. The starting prices range from $699 for the Mini -- making it one of the cheapest premium 5G phones on the market -- to $1,099 for the Max. All international versions of the iPhone come with 5G, but only the US versions have mmWave (Verizon has been the technology's main proponent).

The entire iPhone 12 lineup features a new design, reminiscent of Apple's iPad Pro tablets. The flatter sides give the iPhones a new feel for the first time in three years. All models come with a new, ultra-strong, Corning-designed front cover display, dubbed "ceramic shield." It's "tougher than any smartphone glass," Apple said, and is four times less likely to crack if you drop it. The new phones come with Apple's updated A14 Bionic, the same chip that's in the new iPad Air. They also get bumps in their camera capabilities.

Apple has nixed the free EarPods and power adapter that previously came with iPhones. But the new devices do support Apple's revamped MagSafe charger, which uses magnetic pins to connect the charging cable with the back of the gadget. It's not just for charging but serves as a magnetic attachment system for different accessories, all of which can snap right onto the back of the iPhone 12. Included in the box with each new iPhone is a Lightning to USB-C connector.

The addition of 5G connectivity is a first for Apple's device lineup. (No, your older AT&T phones that say "5G E" can't connect to the new 5G networks.) The most noticeable improvement with 5G over what the iPhone offers today is faster download speeds, hence Apple's "Hi, Speed" event invite. 5G can run between 10 and 100 times faster than your typical 4G cellular connection, making downloads and video streaming snappier than ever. It's also more responsive than 4G, making gaming, video streaming and other tasks much smoother.

Overall, 5G is expected to change the way we live, much like 4G brought about apps like Uber. But it's still early days with the technology, and most consumers aren't using 5G. As of Tuesday, all three major US carriers now have nationwide 5G networks, though they're built on the slower version of 5G. Verizon CEO Hans Vestberg appeared on stage at Apple's virtual event to announce that the country's largest wireless carrier now has a low-band 5G network, which offers dramatically more coverage -- at lower speeds -- than the previous flavor of its superfast, mmWave 5G.

The iPhone seamlessly switches between 4G and 5G to conserve battery power. When 5G is needed -- like for high-def video streaming -- it'll automatically tap into that network. Otherwise, the device will activate 4G connectivity. 5G processors, which are still new, are power hungry, and they've also caused early devices to overheat. By switching between 4G and 5G, Apple aims to prevent those problems.

Apple showed off its new products Tuesday during a virtual event, much like its iPad and Apple Watch Series 6 launch in October. It unveiled a new $99 HomePod Mini smart speaker before talking about its 5G iPhones.

Both devices have three rear-facing cameras and have LiDAR for depth mapping, AR and low-light autofocus. The 12 Pro gets a new telephoto lens with an optical zoom of 2.5X, while the Pro Max gets a 5X optical zoom, a big jump from the 2X optical zoom of older generations. Both get other camera tweaks and come with 128GB, 256GB and 512GB storage options.

The iPhone 12 features an aluminum frame with new antennas all around the device to connect to the 5G networks. It'll come in black, white, green, blue and Product (Red), and it features a 6.1-inch, Super Retina XDR OLED display with smaller bezels than its predecessors. And the iPhone 12 is 11% thinner, 15% smaller and 16% lighter than the older iPhone 11. There are 64GB, 128GB and 256GB storage options. The iPhone 12 also has dual, 12MP camera lenses with an f2.4 ultra wide and f1.6 wide. It also can capture photos using Night Mode, as well as night time lapse.

The 5.4-inch iPhone 12 Mini is nearly identical to the iPhone 12 aside from its screen size and weight.

The company's new iPhones are arriving about a month later than normal, a delay attributed to the pandemic. The novel coronavirus, which causes a pneumonia-like disease called COVID-19, quickly spread across the globe this year, causing cities and entire countries to issue lockdowns to slow its advance.

China, where COVID-19 was first detected, in late 2019, shut down first, jamming up production of iPhones and other products. The rest of the world soon followed suit, and the global economy all but ground to a halt. Since then, the coronavirus has infected over 37 million people and killed more than a million. While many regions have begun reopening, life isn't back to normal.

As a result, consumers have been postponing phone purchases in favor of other work-from-home equipment. But Apple is likely to see huge demand for its newest iPhones. The company hasn't changed the overall design of its phones since 2017's iPhone X, its first device that ditched the physical home button in favor of a bigger screen and Face ID. By expanding into 5G, Apple is likely to see a surge in sales for its latest smartphones.

The iPhone "has never been more indispensable than it is now," Apple CEO Tim Cook said Tuesday. "Today is the beginning of a new era for iPhone."

5G started rolling out across the globe last year and picked up speed in 2020. Virtually all new Android phones arriving in the US today offer 5G, and the country's biggest carriers have been talking nonstop about the connectivity. Now that Apple is jumping into the fray with its 5G-enabled iPhone 12 models, the buzz about 5G is only going to get louder -- even if consumers in places like the US aren't exactly clamoring for 5G devices. 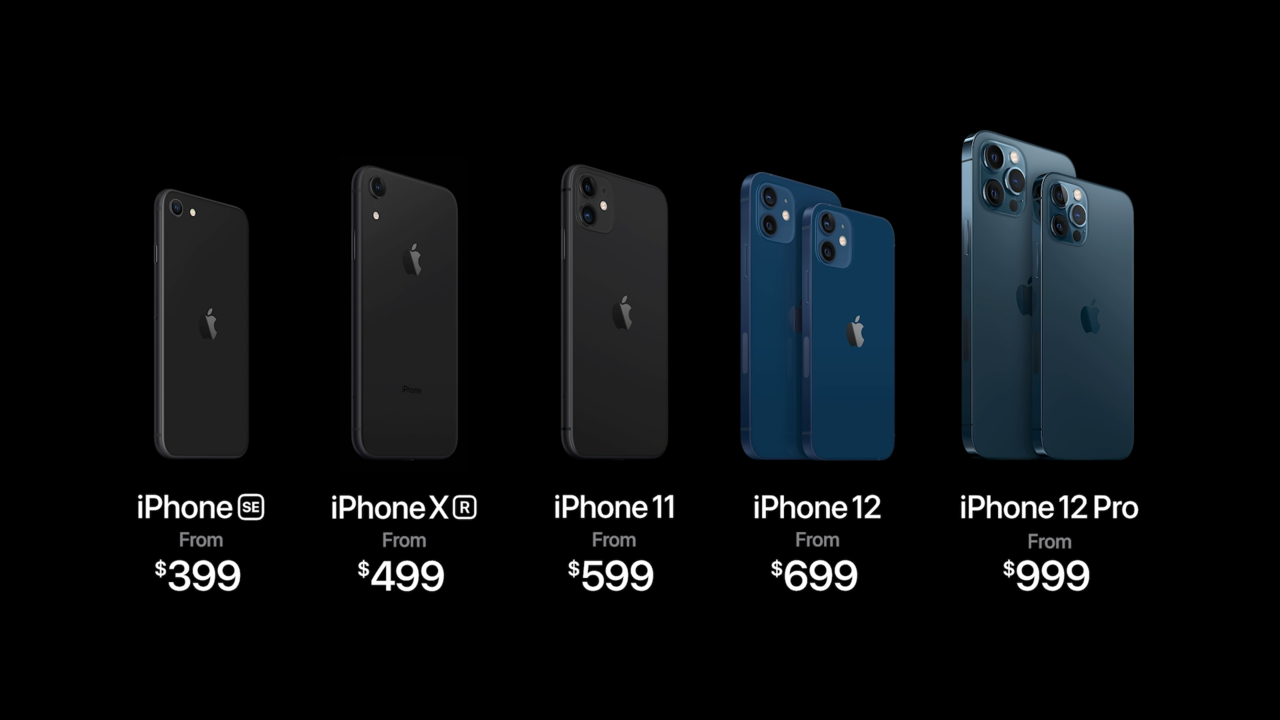 Apple is expected to immediately be a huge player in 5G. This year, the company will likely ship 50 million 5G iPhones, according to Strategy Analytics, making it the second biggest 5G vendor in 2020. That's with less than three months of sales. By comparison, Samsung shipped about 6.7 million Galaxy 5G smartphones from May 2019 -- when its first 5G phones hit the market -- to the end of that year. Next year, Apple will be the world's biggest 5G phone vendor, Strategy Analytics said.

Though many people believe their current iPhones can connect to 5G -- about half of Americans think so, according to a survey by wireless benchmarking tracker Global Wireless Solutions -- that isn't the case. To get on the superspeedy new networks, Apple fans will need to upgrade to a device in the iPhone 12 lineup.