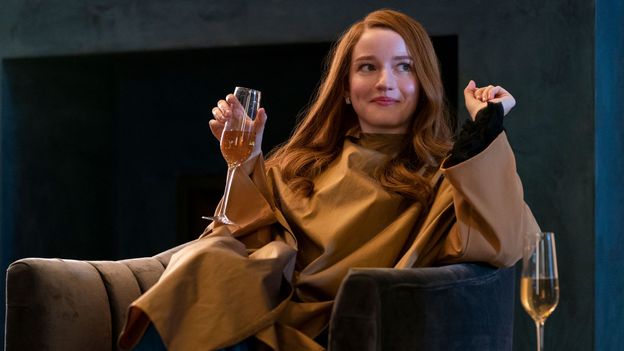 Inventing Anna review: the 'fake heiress' drama is a hit

Netflix and Shonda Rhimes' take on the story of con woman Anna Delvey has been long-awaited. And, uneven though it is, it is entertaining and pleasingly knotty, writes Hugh Montgomery.

If there's one big omission in Inventing Anna – the new drama about the "fake heiress" Anna Delvey, aka Anna Sorokin – it's that it fails to dramatise the making of TV drama Inventing Anna. For, as the show recognises, from its opening shot of rolling magazine presses, the story of Sorokin is not just about the facts of her fraudulence, juicy as those are – how, as a go-getting twentysomething, she conned New York society, and its moneymen, into believing she was a super-rich German trust-fund baby with the capital to set up a vast arts centre in Manhattan. No, the story of Sorokin is as much about her becoming the story: the "invention" of her as a totemic 21st-Century figure by journalists, lawyers, online culture – and, of course, Anna herself.

First there was the 2018 New York Magazine article by Jessica Pressler, which introduced her to the world at large and created a social media frenzy. Then there was the 2019 trial, in which Anna amplified her cause célèbre status by employing a courtroom stylist – and was found guilty on eight counts. And now – with Anna having served her jail term, but back in detention for overstaying her US visa – comes this long-awaited nine-episode Netflix miniseries created by super-producer Shonda Rhimes and starring the hotly-feted rising star Julia Garner as Anna. But in covering Sorokin's stratospheric rise to global infamy, it seems odd that the show never refers to itself: after all, it could end up being the key work in her pop-culture immortalisation.

Still, Inventing Anna is not lacking for playfulness: at once, it manages to be a largely gripping recounting of the original scam, that will satisfy anyone who eagerly lapped up Pressler's feature, and a sophisticated dissection of a postmodern media event. It begins with the thematically neat disclaimer that "this whole story is completely true. Except for all of the parts that are totally made up" before we enter the show's hall of mirrors via Pressler's lightly fictionalised alter-ego, Vivian Kent. A journalist for "Manhattan" magazine, she spots a small news item about Anna's arrest and sniffs a much better story than the one about #MeToo on Wall Street her editors are trying to foist upon her. Visiting Anna in prison, she finds herself jousting with a formidably nonchalant subject who, like a more benign Hannibal Lecter, seems determined to psych her out with barbs about her weight and clothes. From there, as Vivian tries to join the dots of Anna's subterfuge, the different perspectives of those she duped – some real, some invented – are folded in, episode by episode. And through all this sashays our eponymous anti-heroine, big handbag wielded in the crook of her arm, a puzzle within an enigma.

It takes the show a while to warm up: the initial two or three episodes are, frankly, a slog. The shifting viewpoints don't so much provoke intrigue as make things feel simply muddled, and a certain glibness takes hold, perhaps because some of the people initially foregrounded in Vivian's investigations – including Anna's infamous "futurist" boyfriend, familiar from Pressler's feature, and a wealthy older socialite-cum-mentor – are thinly-sketched and difficult to care about. What's more, with episodes clocking in at over an hour, the story feels gratuitously stretched out in a way that is all-too-common in the streaming era. 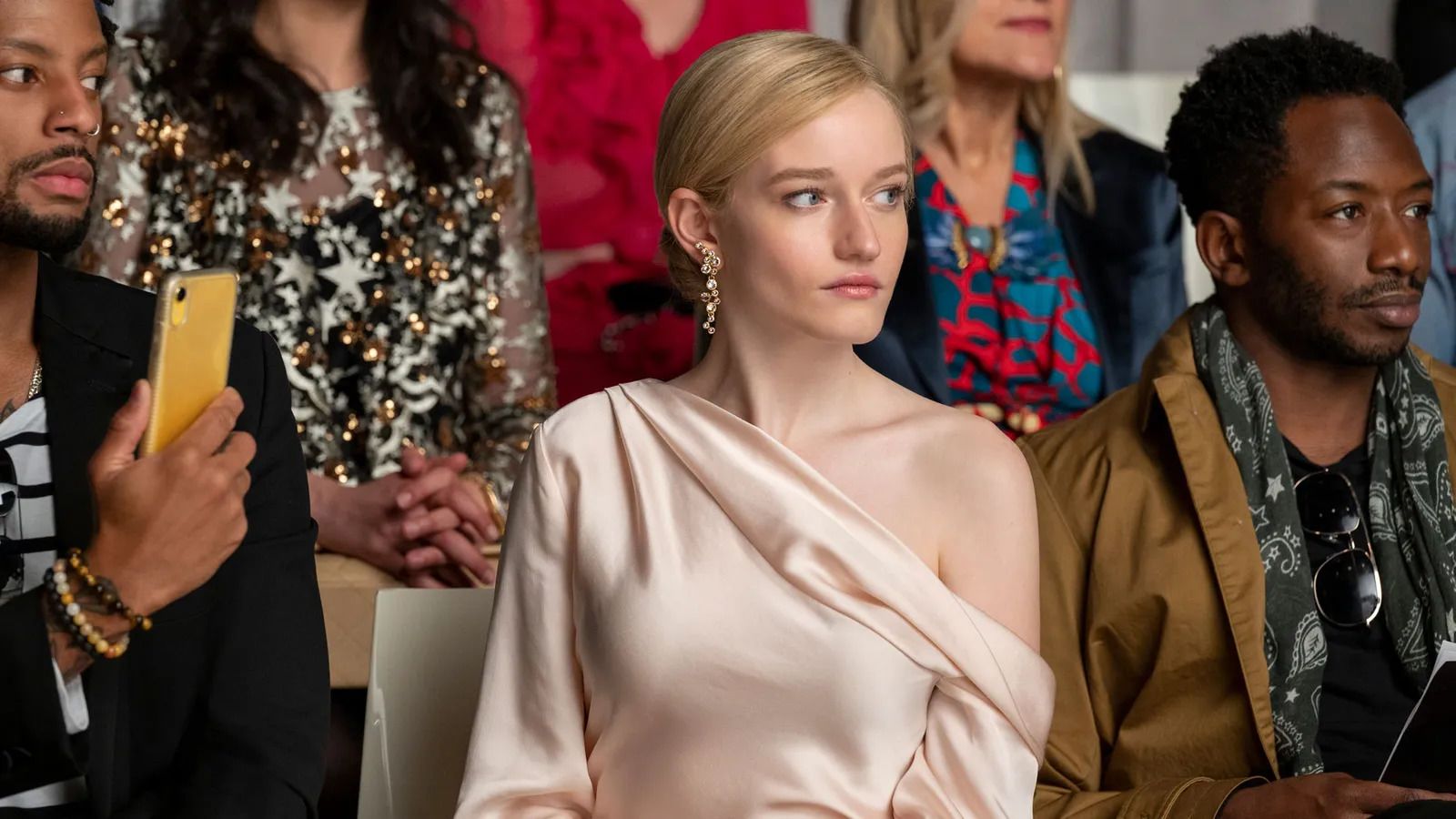 But hang on in there, because midway through it hits its stride, finding both focus and heart, with a couple of episodes that do well to more fully immerse us in the experiences of two of Anna's more sympathetic gulls: a hang-dog lawyer convinced to help her with her entrepreneurial plans (played by ER's Anthony Edwards, disappearing in a slough of middle-aged despond) and Neff (a luminous Alexis Floyd), the real-life hotel concierge Anna befriended while racking up so many unpaid hotel bills. Both are portrayed compassionately, and through them, crucially, we come to understand more of Anna's relative appeal within the milieu of New York's entitled classes: for all her abrasive obnoxiousness, she has a self-starting, perverse zest for life that marks her out, it is implied, from her complacent, thought-to-be peers.

As Anna's deceit spirals, then unravels, the series also gains considerable natural momentum. There's a reason Rhimes, one of the great popular TV makers of the modern age, snapped up the rights so quickly, because it is simply a brilliant yarn – and, as someone with a penchant for an outrageous storyline, she knows how to make the most of it. In particular, an episode centred on an ill-fated getaway taken by Anna and her friends to a luxury resort in Morocco – one she is evidently never going to be able to pay for – is a masterful exercise in escalating, stomach-dropping tension. Elsewhere, it is filled with too-perfect details that compel you to return to the original news reports to check if they are actually true – and the answer is, mostly, yes. Yes, Anna did allegedly bunk up in the loft of Fyre festival founder Billy McFarland; and yes, she did manage to scam a private jet to fly her to a conference hosted by Warren Buffett. It is true, too, that like Vivian, Pressler was pregnant while in pursuit of the story, giving her a unique kind of deadline – and that, like Vivian, she was involved in a journalistic scandal a number of years ago in which she was herself fooled by another fraudulent youngster, a fake boy millionaire.

However it is the conception of Vivian that is one of the show's weaker points. Veep's Anna Chlumsky is a wonderfully grounding screen presence – sardonic, warm and keenly intelligent – and given Pressler is a producer, you imagine she had considerable say in making Vivian as true-to-life as she would want her to be. But nevertheless the character's arc – as she argues with her husband about her commitment to the story, and converts her baby-to-be's nursery wall into an investigative pin-board, detective drama-style, before her waters break at a crucial moment – feels lumpen and cliched. And equally placing Vivian in such evidently unethical cahoots with Anna's defence lawyer Todd Spovek (played by Succession's Arian Moayed) is a jarring narrative contrivance (presumably, at least).

Meanwhile Garner gives the kind of big, attention-grabbing performance which immediately draws you in with its comic broadness – she has fun with Anna's unplaceable European accent, affectless drawl, knowing smirk and pursed lips of disdain. But as the series goes on, she also reveals different shades and nuances: at one moment Anna can seem impregnably self-assured, and the next, hopelessly unworldly and vulnerable; in one scene, she's a haughty aesthete, in another a shameless selfie-taker. "Anna Delvey" may be an invention, in more than one respect, but the sleights of hand in both Garner's performance, and the script, keep us wondering who the "real" Anna is – and what that would even mean.

Indeed, the real trick that this series pulls off is that it manages to be both brashly, glossily entertaining and knottier, more complex fare than it first appears, offering enough interesting commentary on modern enterprise, the nature of identity, and the morality of storytelling to justify its tabloid entertainment value.