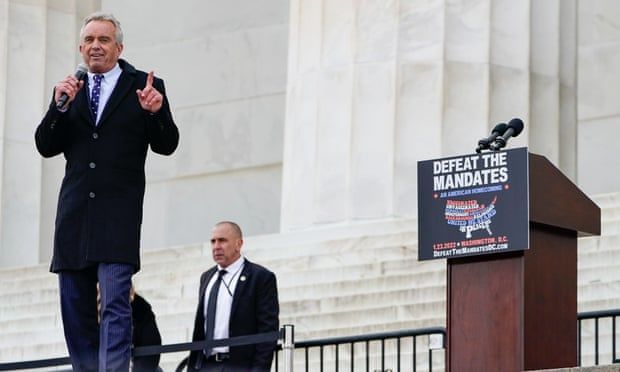 The non-profit, Children’s Health Defense (CHD), is one of the most influential anti-vaccine organizations active on social media, where it has spread misleading claims about vaccines and other pandemic-related public health measures.

Kennedy, a leading anti-vaxxer, has attracted controversy for repeatedly sharing falsehoods and was himself booted from Instagram in 2021. His personal Facebook page is still active.

Public health advocates and misinformation experts have criticized Facebook for not acting more swiftly to contain potentially harmful misinformation about Covid-19 and vaccines.

“Today’s step is too late and too little,” said Karen Kornbluh, the director of the Digital Innovation and Democracy Initiative, in an emailed statement reacting to the decision. She added that platforms must work to address the root cause of misinformation.

“It even leaves up RFK Jr’s public Facebook page. In addition, both RFK Jr and CHD remain active on Twitter, showing how inadequate the Whac-A-Mole approach is to conspiracy campaigns. Instead platforms must address the algorithms and other design loopholes that allow their sites to be weaponized in the first place.”

In a statement, Kennedy compared Facebook’s actions to government censorship, even though Facebook is a private company that can set and enforce its own rules about misinformation.

“Facebook is acting here as a surrogate for the federal government’s crusade to silence all criticism of draconian government policies,” Kennedy said.

Children’s Health Defense had hundreds of thousands of followers at the time of the suspension, according to a statement from the organization, which also noted that it has sued Facebook over its moderation policies.

“We removed these accounts for repeatedly violating our policies,” a spokesman for Meta, Facebook and Instagram’s parent company, told the AP. Under the platforms’ policies, suspensions are typically only enforced after multiple violations.