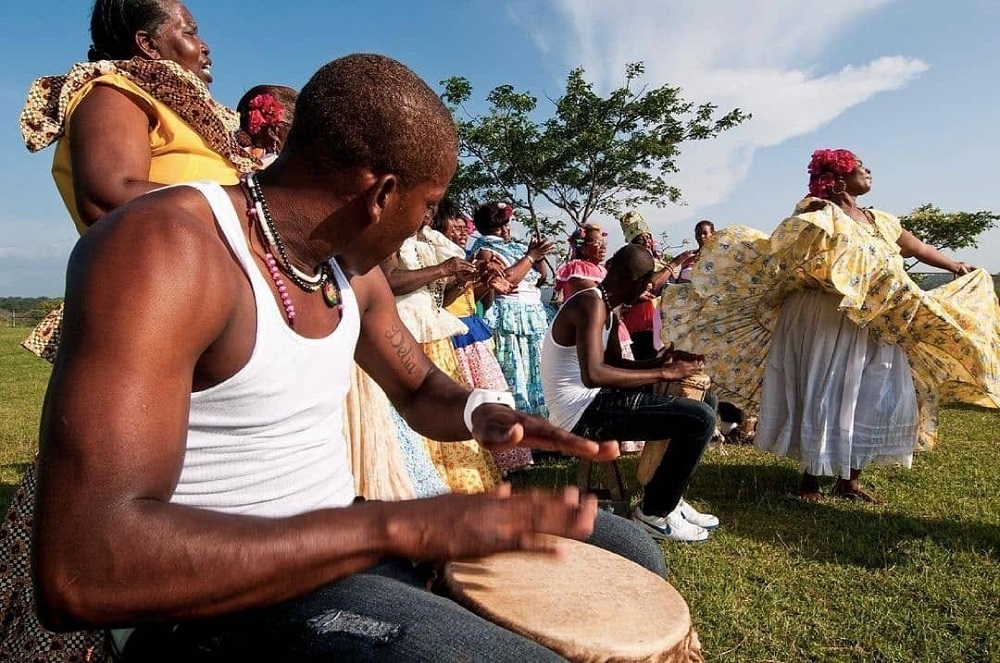 Located in Panama’s Caribbean Sea, Isla Cólon is the most populated island in the Bocas del Toro archipelago. Full of ecological wonders and beaches, it is home to some of the area’s top destinations.

There is Bocas, the main city at the center of the province. If you stay on another of the islands in the archipelago, you will have to make trips to this area to find ATMs and grocery stores.

With stunning landscapes, world-class beaches, and beautiful and diverse fauna and flora, Isla Cólon is also the land of Afro-Panamanians. According to official data, Panama has a population of nearly 4.4 million people. Blacks constitute 15% of the total population, but make up nearly 48% of the community of Isla Cólon.

The history of Black people in Panama dates back to the 16th century, when the first enslaved Africans arrived in the country. According to some historians, they initially worked in the gold mines in Acla and then in Concepción in northern Veraguas. They also worked in the Pearl archipelago as divers in search of pearls and as muleteers on the transisthmian road.

But it was in Cólon that Black Panamanians marked the province’s image. It started in the 19th century with the arrival of Black people from other provinces of the country, and from other countries during the construction of the Colonial Transisthmian Route of Panama (1850-1855). Finally, the third wave of Black immigrants came to work on constructing the Panama Canal (1904-1914).

The presence of a Black population has enriched the history of Panamá. The influence of the inherited customs of West Africa and the Antilles has definitively marked what Afro-Panamanian culture is, in architecture, gastronomy, music, and in its traditions. Congo, for example, is a form of music and dance from the Afro-Antillean parts of the country, mostly located in the Cólon province.

Blacks have brought their language, customs, gastronomy, religion, music, dances, ways of dressing, and diversity of hairstyles that are exhibited today in the country and, above all, their great generosity towards the population. They have also left their legacy of resistance against the injustices they endured in order to have a better quality of life today. Therefore, Afro-Panamanians have played an important part in the formation of Panamanian identity and nationality.

Bathed by the Caribbean Sea, Isla Cólon provides days of rest and moments of pure tranquility in the midst of a tropical paradise. The destination is perfect for tourists who want to enjoy pristine beaches and also explore the local culture, with its African and Spanish influences, ensuring very interesting experiences for its visitors.

In Panama, the city of Cólon is also known for its architectural treasures, which date back to the colonial period. It is worth including the destination in your itinerary through the country.

While touring the city, visiting Fort San Lorenzo which, in the past, was the most important port in Panama, is a must-do. Listed by UNESCO as a World Heritage Site in 1980, today, only ruins of the fort remain, but they still reflect the military architecture of the 17th and 18th centuries. 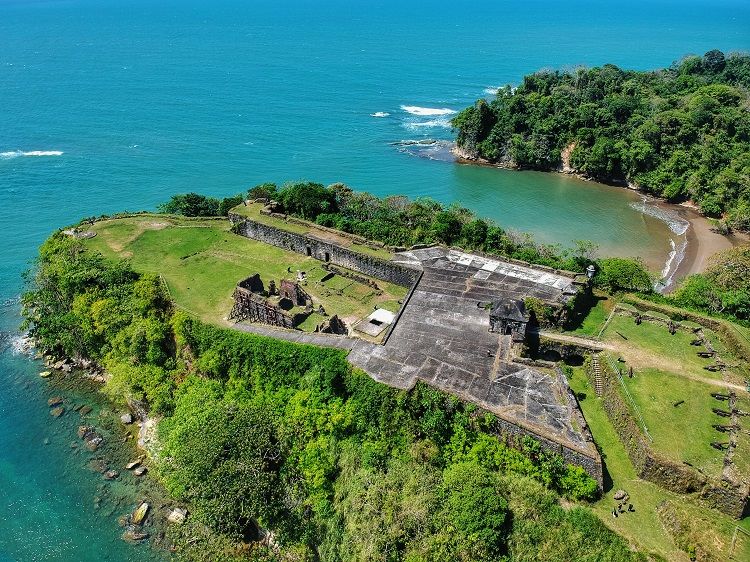 Another place that you can’t miss is the beautiful Iguana Island, which is one of the most famous places in the country. With paradisiacal scenery, crystal clear waters, white sand beaches, and an emerald blue sea, it is famous for being a region with many birds and rich marine life.

On Isla Colón you will find Playa Estrella, also known as Playa Estrella de Mar, a protected eco-tourism destination where you can also experience the Afro-Caribbean culture and food of the area (just remember not to touch the starfish). Then you can go to Bluff Beach (Playa Bluff) to enjoy its world-class surfing and learn about local sea turtle conservation efforts.

On the way to Bluff Beach, it is common to stop at Paki Point, a quiet beach where you can cool off with a beer. You can also visit Playa Tortuga, a resort with the largest oceanfront pool in the area, or the picture-perfect beaches of Boca del Drago.