Over the course of two months, tens of thousands of athletes and support personnel are expected to enter the bubble for the Olympic and Paralympic Games, which spans parts of central Beijing.

To wall off nearly 22 million Beijing residents from the risks of Covid-19 that Winter Olympics athletes may bring with them, China has built a city within a city where no one can interact with those living outside, but where there is unrestricted internet access and meals served by robots.

Over the course of two months, tens of thousands of athletes and support personnel are expected to enter the bubble for the Olympic and Paralympic Games, which spans parts of central Beijing, the capital's outer Yanqing district and Zhangjiakou city in neighboring Hebei province. They'll move around in the "closed-loop" system between competition venues, hotels and even bars connected by a dedicated transportation network. 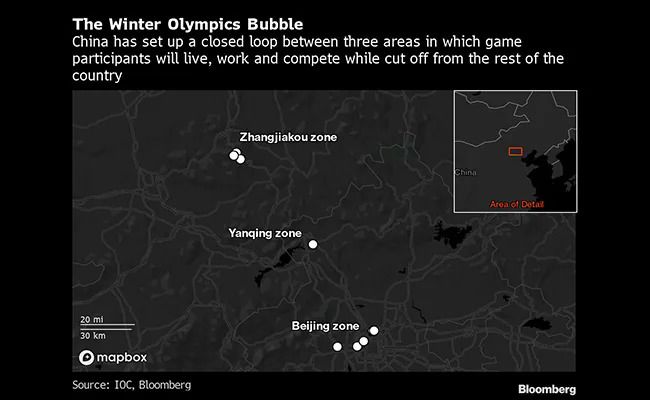 China's ambitious plan to entirely isolate the Olympics from the broader population underscores the gravity of the country's insistence on maintaining a Covid-zero policy. With the highly infectious omicron variant breaching China's borders in recent months and entire cities locked down in response, the country has also further tightened its Olympics restrictions, making a last minute decision to halt sales of tickets also to domestic spectators mid-January.

Organizers are taking no chances. The vehicles dedicated for the games will travel in and out of the loop via their own lanes, and local residents have been advised to stay away even in the event of an accident. 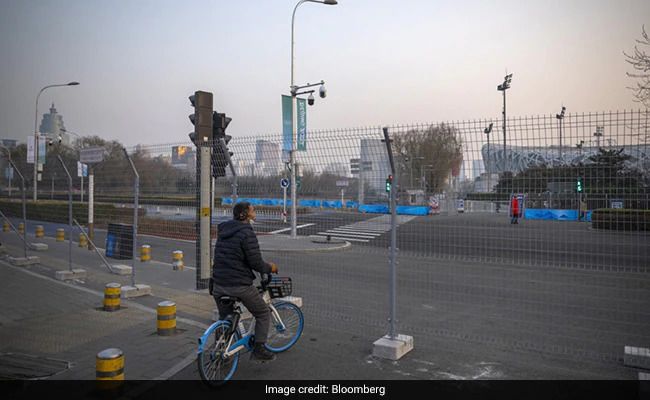 A cyclist in front of a perimeter fence set up for the Beijing 2022 Winter Olympic and Paralympic Games near the National Stadium in Beijing, China, on Friday, Jan. 7, 2022.

International Olympic Committee President Thomas Bach also acknowledged the confines of the closed loop at a news conference on Feb. 3. "When you look around and you speak with the people -- unfortunately you can only talk to people in the loop," he said. "When you watch TV, you see that Chinese people from all walks of life embracing these Winter games."

The largest group of Chinese residents that athletes and journalists will come into contact with are 19,000 volunteers, many of whom will remain inside the bubble for over three months. One of them is Lv Meixuan, a 23-year-old supervisor at the Main Media Center who said she got the position after going through a written test and several rounds of interviews at her university and with the organizing committee.

"I don't have any concern with regards to catching the virus. Since the one month we have been inside the loop, we feel very safe," she said. "I would switch masks four times a day and do hand-sanitizing all the time."

The Olympics isn't the first time in the pandemic the Chinese government has set up strictly controlled spaces for a major event. Herman Hu, the vice president of the Sports Federation and Olympic Committee of Hong Kong, pointed out that during March's National People's Congress, the biggest annual political gathering in China, lawmakers gathering in Beijing were tested multiple times before and after their arrival. Attendees were not allowed to interact with anyone outside the meetings, and all support staff including hotel workers arrived two weeks prior to the start of the conference.

"China actually is very experienced in controlling this kind of pandemic. But of course, you know, doing sports, there are still certain risks," Hu said.

The stakes for athletes are arguably much higher, however, and some have already experienced the heartbreak that comes with failing China's Covid protocols. 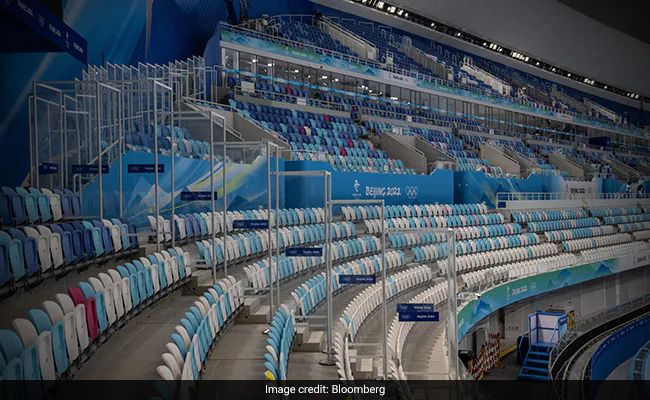 A fence separating the closed loop area at the National Speed Skating Oval on Jan. 29.

Just being able to make it to the loop is half the battle, as anyone with a positive test before departure or at Beijing airport will be rejected from traveling further. For example, the world's top-ranked ski jumper, Austria's Marita Kramer, tested positive just two days before she was expected to fly to Beijing. "It feels like my dreams are gone within 1 day," she said in a message posted on her Instagram.

Belgian skeleton racer Kim Meylemans, who had recovered from Covid in early January, spent several days in isolation in Beijing unsure if she would be able to compete after a positive test upon arrival. In isolation, Meylemans shared frequent updates on her emotions and anxiety via her social media account. She was finally moved back to the village a day before the games started after repeated negative tests, though housed in a separate area reserved for people considered close contacts.

Those who make it into the bubble are subject to daily Covid tests, as well as other rules including the mandatory wearing of N95 masks and eating in between plastic dividers in cafeterias.

New cases have been percolating since the closed-loop system came into operation as early as Jan. 4. So far, 435 people have tested positive at the airport and inside the loop, including 142 people who are athletes or national team members. In comparison, the Tokyo Olympics last summer recorded just over 100 infections before the opening ceremony, reflecting in part the more infectious nature of the omicron variant.

Kazuki Shimizu, a senior fellow at Tokyo Foundation Policy Research whose research focuses on global public health, said the frequent testing is an improvement on the Tokyo Olympics' more flexible range of days for testing. "I think the daily testing and screening could seriously contribute to reducing the transmission cycle," Shimizu said.

One of the biggest questions hanging over the games was what kind of internet access participants would be allowed to have given China's strict online censorship, which blocks major international news websites as well as Instagram, Google and Twitter.

Chinese authorities have allowed people in the loop to access the open internet when connected to Wi-Fi at official venues with their credentials. Those with foreign SIM cards will also be able to bypass the firewall via roaming. Most athletes began arriving the week of Jan. 24 and have been able to share their experiences on social media. 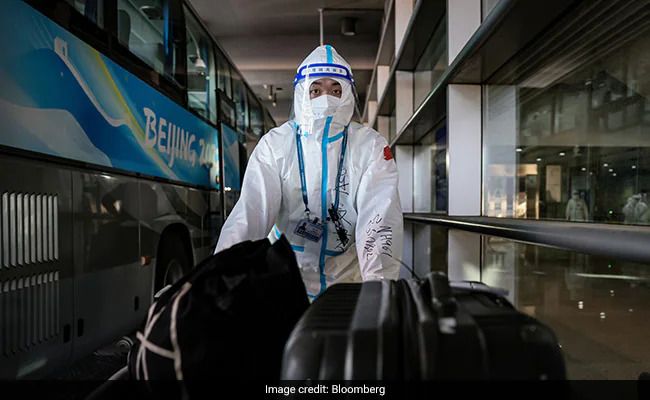 Beijing said it will conduct the winter games in a so-called "closed loop", with participants only allowed to move between Olympic venues and other related facilities, and to use designated transport services.

However, security experts have already pointed to potential vulnerabilities in mandatory apps that track participants' health status, saying they could be used for surveillance. They have also voiced concerns that state actors or criminals could use the designated Wi-Fi bubbles to access private communications or even install malware onto personal devices.

The U.S., Australia, Belgium, the Netherlands and Canada are among the countries that have advised athletes to keep their devices off Wi-Fi networks and use burner phones if possible. The Beijing Olympic Organizing Committee has rejected the reported advice given to athletes, saying the concerns over surveillance are "completely groundless."

In response to a question over whether local Olympics staff also have access to the unblocked websites, the committee said in a statement that "China has an open Internet environment" and the government "has created a favorable environment for the development of the Internet" for citizens.

mike 101 days ago
China is much farther advanced than any other country. Good place for the Olympics. They should always be there. Winter and summer.
View all comments (1)Add comment