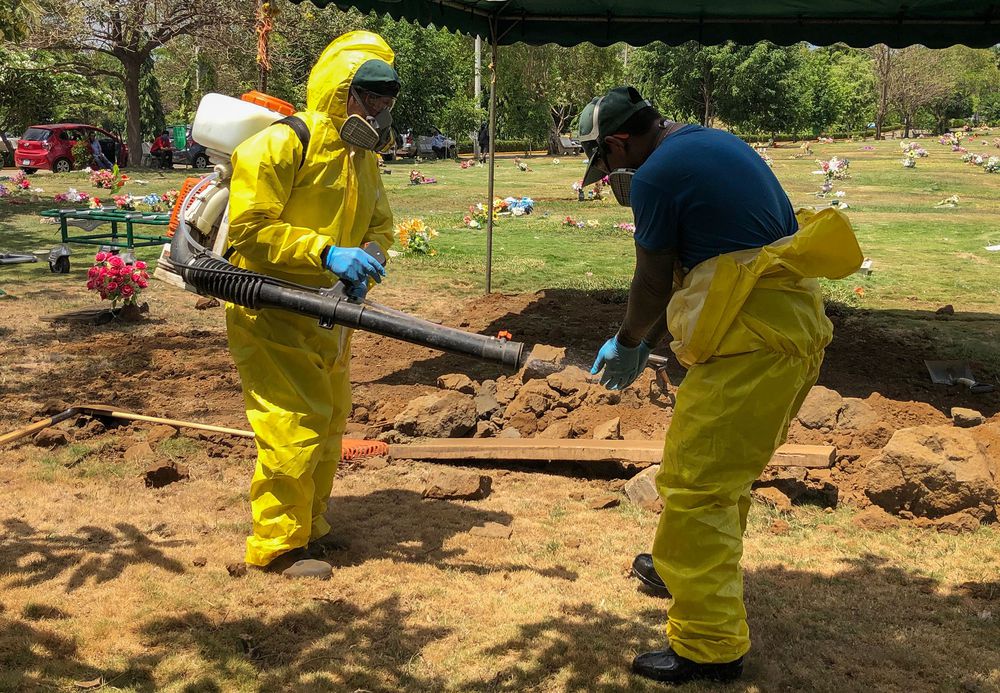 Infections and deaths from Covid-19 spike in Nicaragua

Nicaragua registered on Tuesday, May 19, a sharp increase in the infections of Covid-19, with 254 cases, 10 times more than those reported a week ago, and 17 deaths, the Ministry of Health reported.
The Minister of Health, Martha Reyes, released the new figures in her weekly report on the coronavirus, with a marked increase from a week earlier, when 25 infections and eight deaths were officially announced.

Nicaragua released the new data the same day that the Pan American Health Organization criticized the country for failing to report its infections and deaths from the new coronavirus.

The figures of the ministry contrast with those of civil organizations, which account for more than a thousand infections and hundreds of deaths, with hospitals collapsed by patients with respiratory illnesses, which are officially attributed to diseases such as "atypical pneumonia."

The NGO Citizen Observatory reported that up to May 16 there were 1,569 positive cases of Covid-19 and 366 deaths, far from the official figures.

Relatives and organizations have revealed the practice of "express burials," in which victims of respiratory illnesses are buried in sealed boxes, without a candle or funeral, to avoid infection.

According to the minister, 199 people have recovered from Covid-19 and have been treated with "responsible monitoring and care for 470".

However, specialists fear a rapid spread of the virus in Nicaragua without the authorities taking measures to contain it, as has been done in almost all the world.

On the contrary, the Daniel Ortega government has promoted massive rallies and demonstrations.

Minister Reyes, without mentioning the reports of deaths from Covid-19, acknowledged that numerous deaths from other pathologies have occurred, although without giving a figure.

"Other deaths occurred in people who have been followed up due to pulmonary thromboembolism, diabetes mellitus, acute myocardial infarction, hypertensive crisis and bacterial pneumonia," the Ministry of Health said in a statement.
#COVID-19  #Covid  #Coronavirus
Add Comment