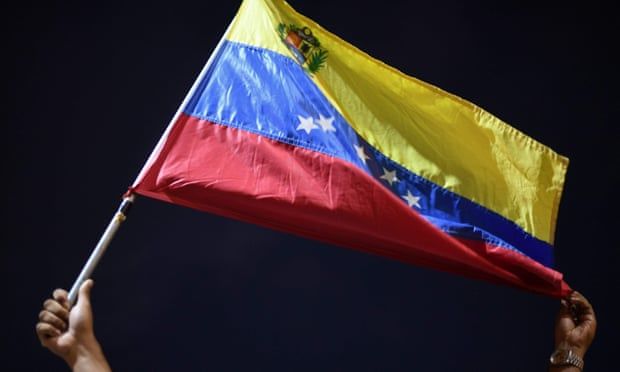 The baby’s mother was injured after the Trinidad and Tobago coast guard shot at the boat, later saying it fired in ‘self defence’
A Venezuelan woman was shot and wounded and her nine-month-old baby was killed in her arms when Trinidad and Tobago’s coast guard opened fire on the boat carrying migrants fleeing their home country.

In a statement posted on Facebook, the coast guard said its personnel had opened fire “in self-defence” on Saturday after “aggressive manoeuvres” by the migrant craft when it was intercepted as it entered Trinidadian waters late on Saturday.

“The ramming effort by the suspect vessel which was larger than the ship’s boat caused the crew to fear for their lives and in self-defence they fired at the engines of the suspect vessel in an attempt to bring it to a stop,” the statement said.

When crewmen boarded the vessel, they found a group of migrants who had been hiding, including “one adult female who was holding an infant and who she indicated was bleeding … Regrettably, the infant was found unresponsive,” the statement said. The mother was taken to a hospital for treatment, according to the statement.

Human rights activists have called for a thorough investigation of the incident.

“Opening fire on fleeing migrants and asylum seekers that have identified themselves as such would be an atrocity,” said Geoff Ramsey, director for Venezuela at the Washington Office on Latin America (Wola), a thinktank. “This needs a thorough investigation into not only the circumstances around the child’s death but also a migration system that apparently allows the use of deadly force and routinely violates Venezuelans’ right to seek asylum.”

Venezuela, despite boasting the world’s largest proven oil reserves, is mired in social, economic and political crises, with hyperinflation rampant and shortages in food, energy, and medication a daily reality for the population of 28 million.

The international criminal court has opened an investigation into potential crimes against humanity, as president Nicolás Maduro continues to withstand a challenge to his legitimacy from opposition leader Juan Guaidó, who is recognised by the US, Britain, and dozens of others as Venezuela’s rightful leader.

Maduro has not commented publicly on the infant’s tragic death, though Guaidó tweeted that the “unjustified” killing “hurts our soul as a country”.

“No migrant child should ever die, whether travelling with their parents or alone. No mother wants to put the lives of her children at risk on a small ship in the deep sea, unless she has no other option,” said Jean Gough, Unicef regional director for Latin America and the Caribbean. “Two in three Venezuelans on the move are women and children. This tragic event is a stark reminder that they are the most vulnerable among the vulnerable. They deserve special attention, protection and safety – anywhere and anytime.”

Trinidad and Tobago, which sits about 60 miles (96 km) off the coast of Venezuela, has become a destination for roughly 25,000 migrants, usually arriving on rickety and overloaded fishing boats, part of a wider exodus that has seen nearly six million Venezuelans flee. Since 2018, over 100 Venezuelans have died while attempting to make the crossing.

Many arrive to neighbouring Colombia and other Latin American countries on foot. Venezuelans are also arriving to the US border in record numbers, with US border authorities reporting 24,819 attempted crossings in December, up 206 from the previous year.

Venezuelan migrants often face some backlash in their destination countries – despite generally welcoming messaging from governments – but Trinidad and Tobago has come under particular criticism for its draconian policies and practices.
#Facebook
Add Comment