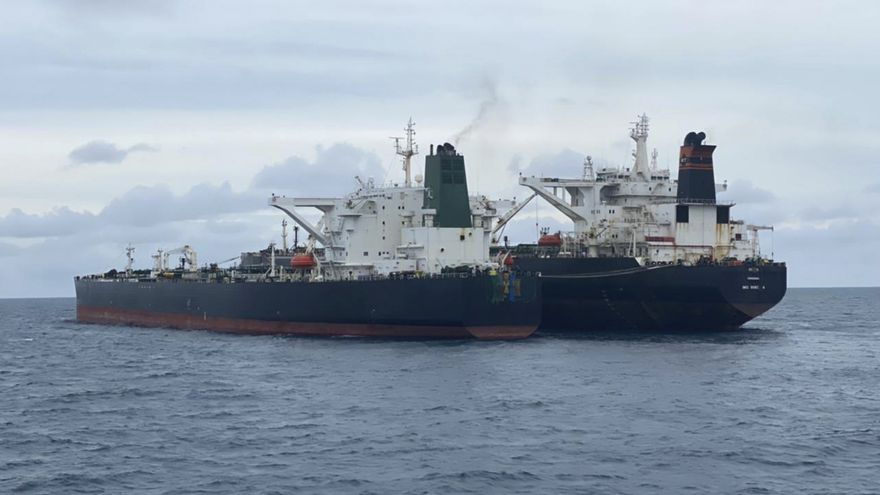 Indonesian authorities on Sunday seized an Iranian and a Panamanian oil tankers suspected of carrying out the illegal transfer of oil in their country's waters, the Maritime Security Agency reported.
The tankers - the Iranian-flagged MT Horse and the Panamanian-flagged MT Frea - were seized in waters off the coast of Indonesia's West Borneo province, according to Wisnu Pramadita, a spokesman for the agency.

The tankers are suspected of committing various infractions, such as not displaying national flags, deactivating their identification systems, as well as the illegal transfer of fuel between ships and spilling oil, Pramadita added.

Iranian television acknowledged that the tanker was seized, citing Indonesian authorities. The report did not further elaborate.

Sales from Iran, a country with large reserves of oil and natural gas, have been heavily impacted by US sanctions after President Donald Trump unilaterally withdrew the United States in 2018 from the nuclear pact between Tehran and world powers. That cut off a crucial source of government revenue during Iran's long economic crisis.

Since then, Iran has relied on black market sales and deals with Venezuela to maintain its oil sales to support its government income.
#Donald Trump
Add Comment