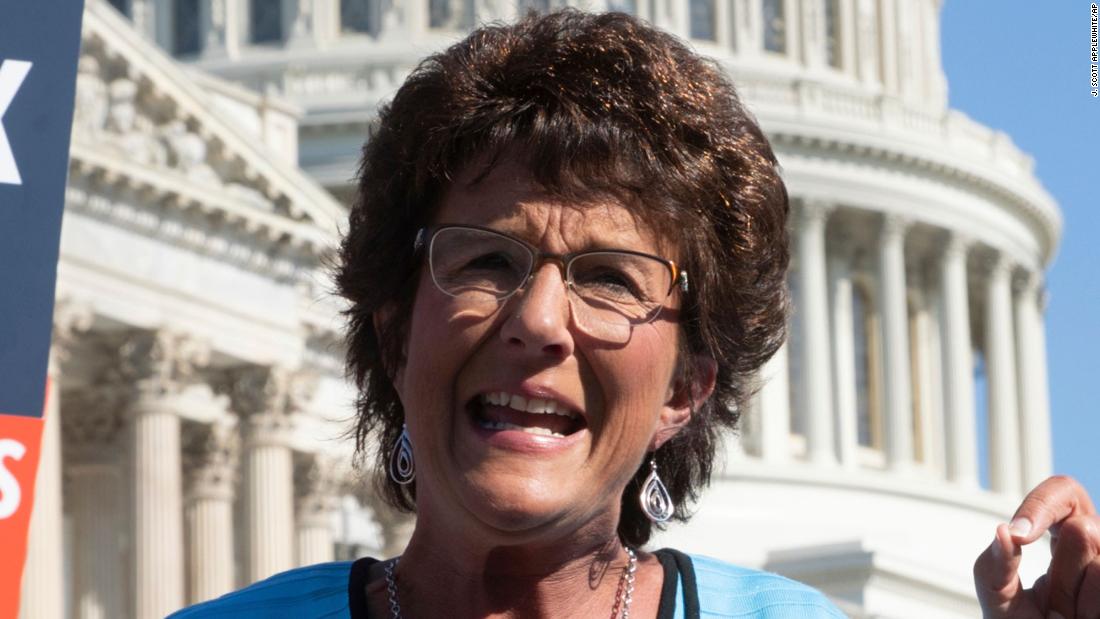 Indiana Republican Rep. Jackie Walorski has died in a car accident that also killed two of Walorski's staffers, House Republican leaders announced Wednesday.
The news came as a major shock on Capitol Hill and immediately sparked an outpouring of grief and remembrances from lawmakers and aides who paid tribute to the lives and careers of the congresswoman and the two staffers.

Walorski, who was 58, represented Indiana's 2nd Congressional District and had previously served as a member of the Indiana House of Representatives. She began serving in Congress in 2013.

The congresswoman was viewed inside the House Republican conference as someone who could one day ascend to the ranks of GOP leadership, and her name had been batted around for the position of conference chairwoman in the past. She had been a member of the House GOP's deputy whip team.

"Dean Swihart, Jackie's husband, was just informed by Elkhart County Sheriff's office that Jackie was killed in a car accident this afternoon. She has returned home to be with her Lord and Savior, Jesus Christ. Please keep her family in your thoughts and prayers. We will have no further comment at this time," read a message from the congresswoman's office that McCarthy tweeted.

A statement released by the congresswoman's office said that two staffers had also died. "In addition to the devastating loss of Congresswoman Walorski, it is with a broken heart that I announce the passing of two dedicated members of her staff, Zach Potts and Emma Thomson. They were the epitome of public servants who cared deeply about the work they performed," said the statement from Tim Cummings, the congresswoman's chief of staff.

McCarthy called the congresswoman's passing "absolutely devastating" in a lengthy statement released later on Wednesday. "Jackie was a dear friend, trusted advisor, and the embodiment of integrity who achieved the admiration and respect of all her colleagues in the House," he said.

House Speaker Nancy Pelosi ordered flags at the Capitol to be flown at half-staff in response to the death of the congresswoman, Pelosi deputy chief of staff Drew Hammill announced Wednesday afternoon.

In a statement, Pelosi said the congresswoman "lived a life of service" and "was admired by colleagues on both sides of the aisle for her personal kindness."

House Minority Whip Steve Scalise said in a statement that Walorski "was a champion for the people of Indiana, and she will be remembered for her kindness, tenacity, and commitment to helping others."

The congresswoman served as the top Republican on the House Ethics Committee, a spot that put her in line to become chair of the panel if the GOP retakes the House majority in the upcoming midterm elections. She also served as the ranking GOP member for a subcommittee of the powerful House Ways and Means committee.

GOP Rep. Liz Cheney of Wyoming tweeted in reaction to the news, "There was no more dedicated or effective member of Congress than Jackie," adding, "I was proud to be her friend."

The sheriff's office provided an update on Thursday to say that eyewitness accounts and video show a silver Toyota Rav 4 traveling northbound, and driven by Potts, 27, crossed the centerline.

"The Toyota RAV 4 crossed the centerline for reasons that are unknown at this time and the two vehicles collided," ECSO said in the updated release.

The driver of the other car, 56-year-old Edith Schmucker, also died as a result of the crash.
Add Comment