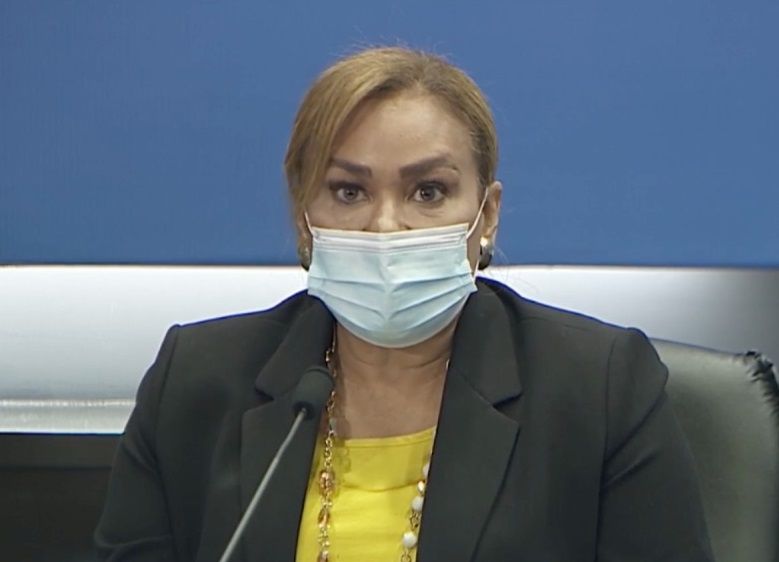 The Minister for Health, Eyra Ruiz, reported this Tuesday, April 6, that to date 408,618 doses of the Covid-19 vaccine from the pharmaceutical company Pfizer have been applied, out of the total number of vaccines received (534,550). The 408,618 represents 76.4% of the total.

During the conference on Tuesday, Ruiz pointed out that 251,518 of those applied are first doses and 157,100 are second doses.

She added that of the vaccines received, 492,780 have been dispatched.

Ruiz said that this Monday, April 5, when the application of the second dose began in the 8-6 circuit, 17,500 people were vaccinated.

While in the third week of this month the first dose will be applied on 8-7 and 8-4, he added. Ruiz said that the speed of vaccination will depend on the doses that arrive in the country.

She added that since April 12, people with disabilities and adults over 60 years of age who were vaccinated in Parque Omar will be given an appointment for the application of their second dose at the Vacunatón, enabled in the city of Irving Saladino, township of Juan Diaz.

The Ministry of Health reported this Tuesday that people with disabilities from circuits 8-6, 8-8, 8-10 and 8-1, will be able to reschedule their appointment for the first dose, at Rommel Fernández, by calling line 177 or through raisa.minsa.gob.pa .


For his part, the Minister of Health said that since last March 31, 16 passengers from South America have been detected and that they were positive when their test was carried out at the Tocumen air terminal.

All these passengers were transferred to hospital hotels to receive treatment and to continue with the investigations carried out by the Gorgas Memorial Institute to determine if they are carriers of the Brazilian variant, he said.

He also stressed that each person from South America is notified in the country of shipment about the provisions established in Panama and must also sign an informed consent to the current regulations.

In addition, Sucre said that thanks to the decisions taken as a country and the population, Panama maintains control of new cases compared to other countries.

He highlighted that the percentage of recovered patients is 97%, one of the highest, not only in the region, but in the world. He also said that a low fatality rate remains. In the last days it was at 4% and today it is 3.4%.

According to the World Health Organization and the Pan American Health Organization, keeping the lethality below 5% is to have carried out an adequate management of the pandemic, but this does not imply that we must lower our guard, we must reinforce the measures of biosafety, epidemiological and genomic surveillance, he added.

Oh ya 8 days ago
Google the criminal history of Pfizer before you sign up for this experimental biological agent. They were charged and convicted of killing kids in Nigeria by doing vaccine experiments on them and you now trust them to put a cocktail of who knows what in your body?
View all comments (1)Add comment