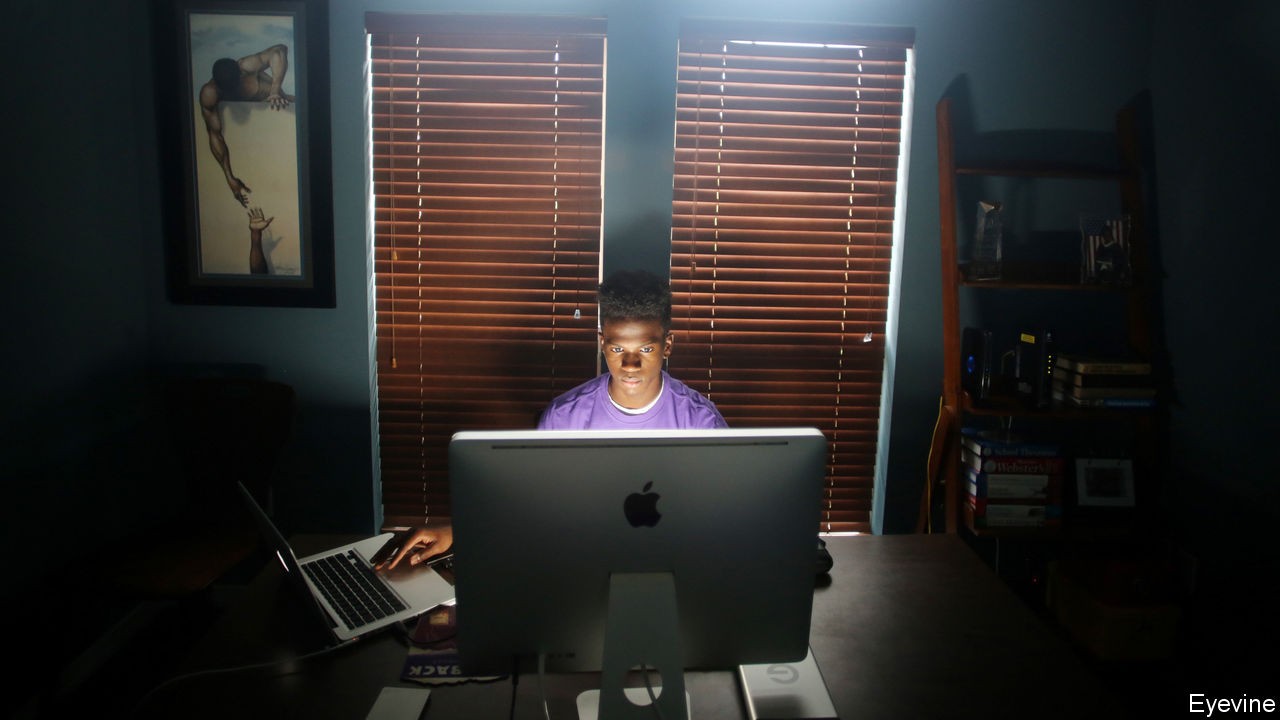 In defence of millennial investors

THE URGE of the old to lament the folly of the young is as ancient as civilisation itself. “The beardless youth…does not foresee what is useful, squandering his money,” scowled the poet Horace, in 15BC. This year silver-haired Wall Street pros have tutted at the enthusiasm of youthful stock-pickers, who have taken to punting on markets in the lockdown.
Manic millennials tapping screens piled into Hertz-after it declared bankruptcy. They dabbled with derivatives and bid up shares in Nikola, an electric-lorry-maker that later admitted to letting a prototype roll down a hill during a “demonstration” because it could not have powered itself. It may seem as if the only lesson is how not to invest. Yet as we explain this week, young people are changing how finance works (see article) and often for the better.

Every generation leaves its mark, but those aged 56-74 today, known as baby-boomers, had an outsize impact on America’s capital markets. Thanks to solid economic growth, rising asset prices and fat pensions, they have accumulated piles of financial savings-about $600,000 on average, held in retirement accounts and other vehicles for shares and bonds.

The asset-management industry has been built around this mountain of money. Specialists run pensions, index providers such as Vanguard let you track the market while snoozing, and wealth managers offer personalised service and perks to the rich. No wonder the number of jobs in finance has risen by 31% since 1990.

At first glance the young don’t look as if they have enough money to reinvent Wall Street. Those under 35 have, on average, just $35,000 in financial assets, and those born between 1981 and 1996 own just 7% of all such assets in America, a far cry from the 26% share that boomers had amassed by a similar age and the 50% slice they now hold.

Having faced two economic crises in about a decade, the young are less likely than their predecessors to own a home or a car. Half of those aged 18-29 say they have a positive view of socialism, according to Gallup, a polling firm.

Yet much of this is about to change as the young approach their peak earnings and the boomers retire and die. In recent years the churn in investible asset holdings has been relatively small, at around $1.3trn every five years, or 5% of total wealth in America. This pace is expected to double in a decade or so, as boomers begin to hand wealth to their children-either in their dotage or in their wills. By 2042 millennials are expected to have inherited roughly $22trn.

The young are also early adopters of new technologies and investment philosophies. In America digital-payments networks such as Venmo and Zelle are dominated by younger users even as their elders still scribble on cheques. Huabei, a credit service launched in China in 2014 by Ant Group, a fintech firm, now has a vast army of users-the pioneers were young people who could not get credit cards or bank loans.

Younger American savers are happy using robo-advisers, which automate investment across a range of cheap index funds. As technology has cut the cost of trading, it has become easier and cheaper for them to trade assets actively, too. The leading adherents of the sustainable-investing boom that has gripped asset-managers are those aged 24-39.

More than two-thirds of these young savers say they are very interested in making a positive social and environmental impact with their investments, compared with about half of the general population.

But much of the financial industry, still drunk on the colossal windfall from the baby-boomers, is unprepared. If those firms want to stay in business, then instead of laughing as the new generation experiments with finance they should be taking notes.
#ANT
Add Comment