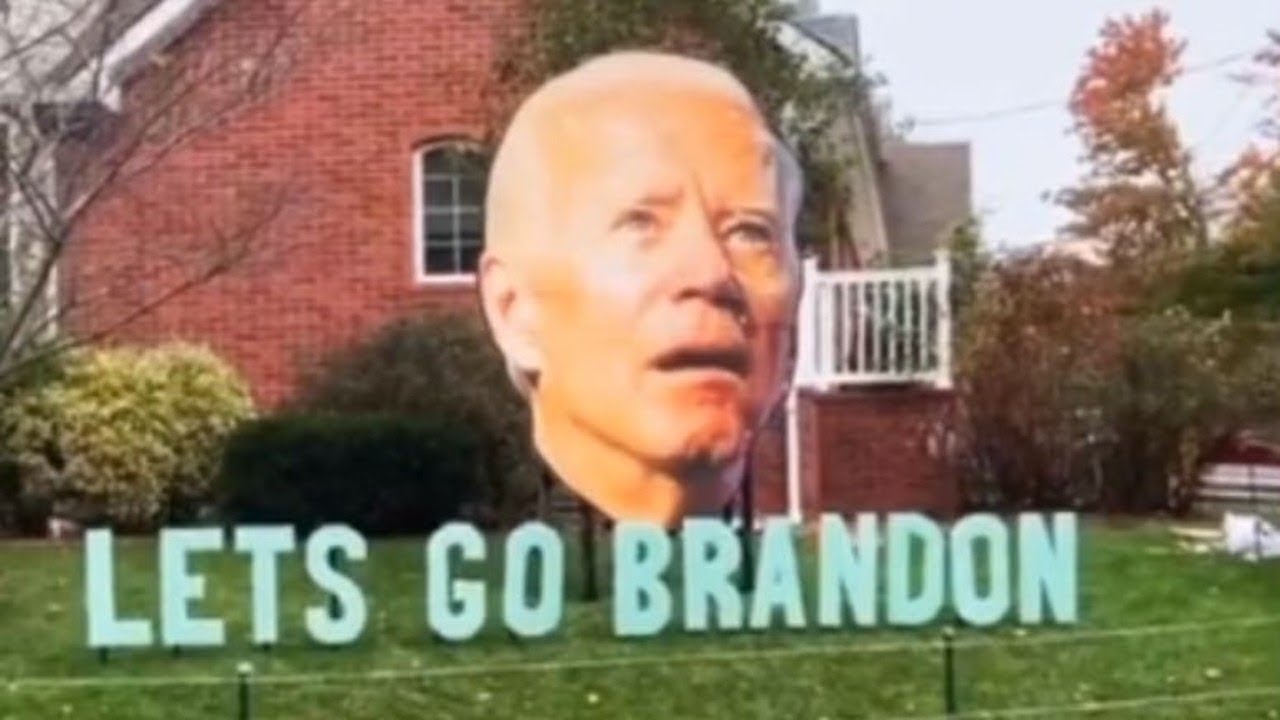 In his first Christmas address as US president, Biden praised "the enormous courage, character, resilience, and resolve in all of you who heal, comfort, teach, and protect and serve in ways big and small."

The first couple hosted kids and their parents in the South Court Auditorium and talked to people virtually.

A dad named Jared beaming in from Oregon said 'Merry Christmas' and 'Let's Go Brandon' - code on the right for 'f**k Joe Biden' - after his kids told the president what they wanted from Santa Claus.

Reporters in the room said that Biden seemed unphased. 'Let's Go Brandon, I agree,' the president said in response.

The clip of the exchange got immediate reaction online, with conservative blogger Erick Erickson commenting: 'Confession: I find it in poor taste to tell the President of the United States "Let’s go Brandon" when the man just wanted to wish you Merry Christmas. Good manners should still matter.'

'I think the let's go Brandon stuff is harmless and funny, but if you tell someone to go f**k themselves when they are being nice to your kid, you're just a d**k. Merry Christmas!' said Tommy Vietor, a former aide to President Barack Obama.

Earlier, the president made a surprise visit to Children's National Hospital in Washington, D.C. Friday, alongside First Lady Jill Biden - marking the first time a president has accompanied the first lady on the traditional holiday trip.

First ladies have been reading stories to the hospital's patients at Christmastime since First Lady Bess Truman held the position.

The first couple also stopped by a Christmas tree on 17th Street N.W. in D.C. in front of the restaurant Floriana, which was decorated with pictures of the Bidens, including a Jill Biden tree-topper.

Dr. Biden chose to read the book Olaf's Night Before Christmas, starring the popular Frozen character.  Before the reading, the Bidens spoke to both patients and parents.

'You're bringing us some joy,' the president said. 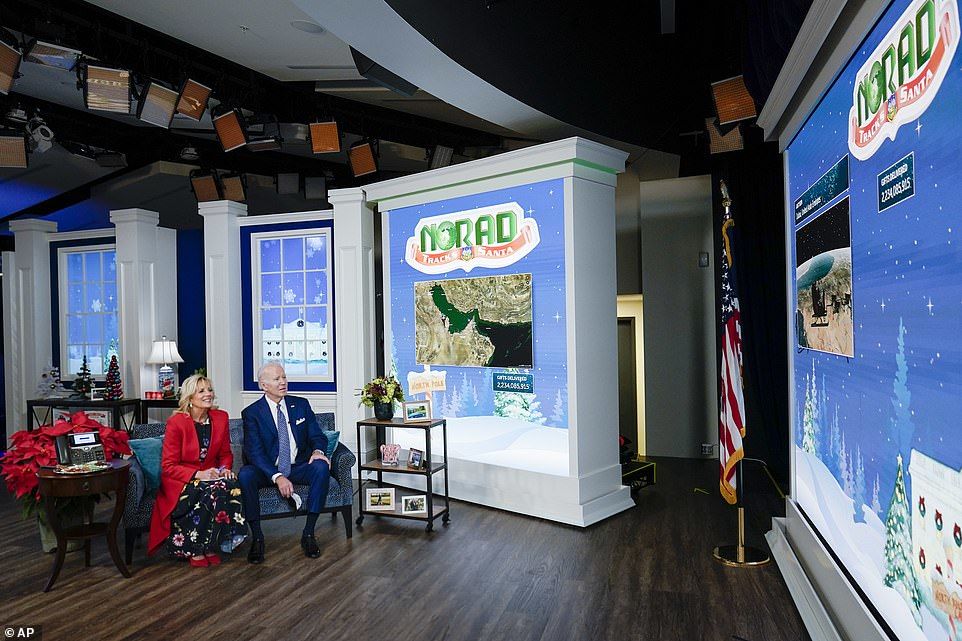 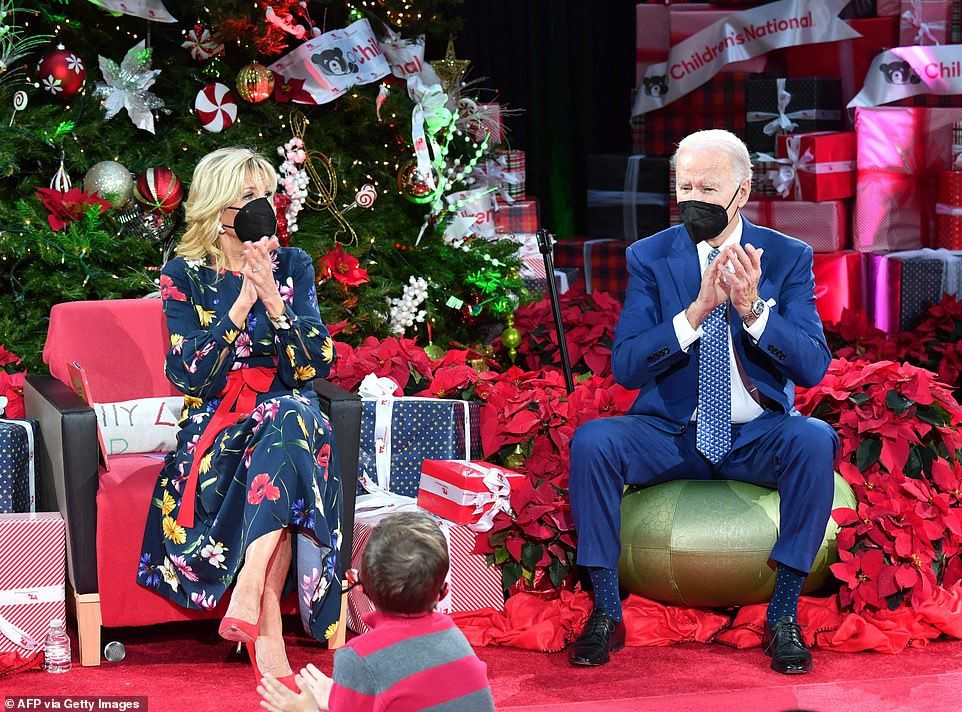 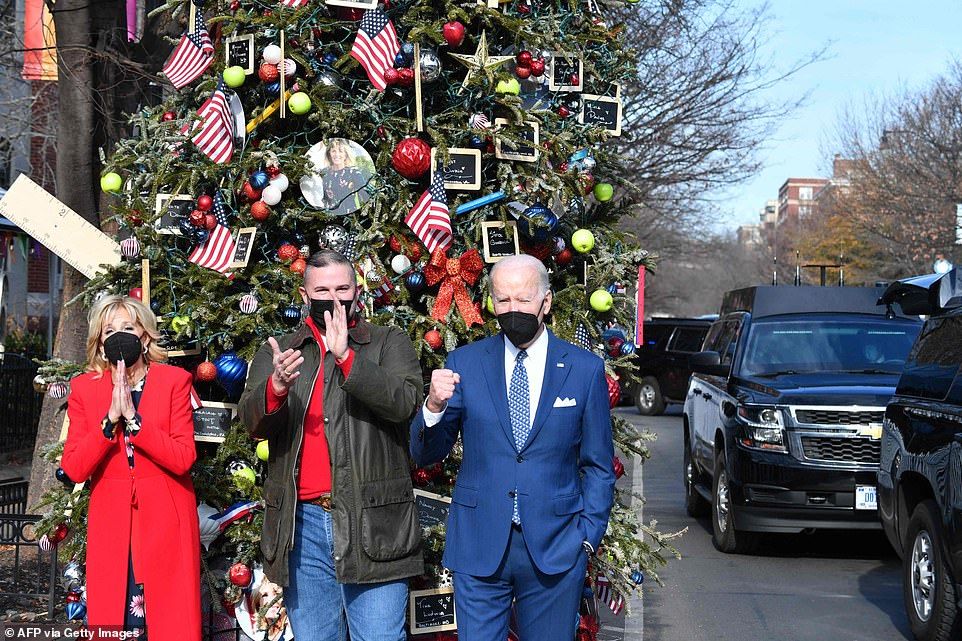