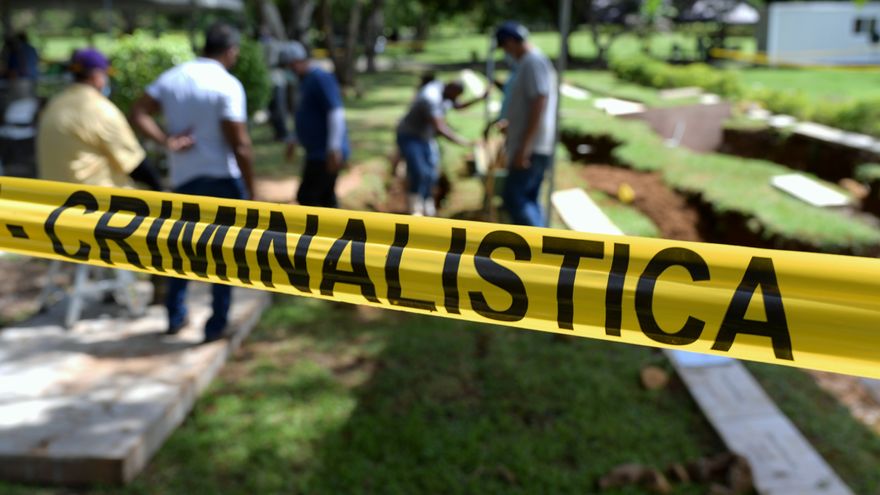 The special commission investigating the US invasion of Panama in 1989 received additional funds from the government to continue identifying the victims, although their families doubt that all those disappeared from the military operation can ever be found.
José Luis Sosa, executive director of the 'Commission of December 20, 1989', confirmed this Tuesday that the Panama government granted the necessary resources to continue the investigations.

They were granted an additional $180,000 and promised the rest for early next year.

It is a relief, as it was urgent to receive a part of those 465,000 dollars this year to prevent activities from being stopped, said Sosa.

In October, he had said the commission had run out of funds.

The resources will allow the committee to continue with the identification of the remains found this year in 33 bags in the main cemetery of Panama City.

In addition, the commission will carry out exhumations in the Monte Esperanza cemetery, in the Caribbean province of Colón, 50 km north of the Panamanian capital.

Officially, the invasion left about 500 dead, although some organizations say there were thousands.

Noriega was imprisoned for drug trafficking, money laundering and the disappearance of opponents in the United States, France and Panama, where he died in 2017.

The announcement of the continuation of the commission's activities was received with relief by the families of the victims, although they are skeptical of the final result of the investigations.

There is progress in the recognition of the victims, but we know that it will not be possible for all families to have that hope of finding the body of their relatives, said Trinidad Ayola, from the victims committee.

Many were cremated, thrown into the bay, there is talk of other bodies that were not buried in Panama, there is still a lot of cloth to cut, added Ayola.

Brenda Bethancourt is hopeful that the commission can finally identify her father's remains within the bags found in the cemetery, but acknowledges the limitations of the investigation.

We know that there are many more people looking for their relatives, we will never know how many died and disappeared, she said.

In 2018, the Inter-American Commission on Human Rights, an autonomous entity of the OAS, asked the United States to compensate Panama for human rights violations during the military intervention.

The relatives of the disappeared ask the government for speed in the delivery of the remaining funds to prevent the commission from seeing their work threatened again in the future due to lack of resources.

The government always gives the money right on the deadline, when the funds are running out, claimed Xenia Quintana, whose sister disappeared in the invasion.

Juan Carlos Rodríguez, whose brother also disappeared that day after going to a party, asked to continue with the inquiries.

It will be 31 years since the invasion and what we want is for the investigations to not stop, said Rodríguez.

It does not matter if our relatives appear, because we will continue to support those who have not received any kind of response, he added.
Add Comment